How Long do Dutch Rabbits Live

This article not only tells you about how long Dutch rabbits live, but also some important facts on keeping these animals as pets.

This article not only tells you about how long Dutch rabbits live, but also some important facts on keeping these animals as pets.

Dutch rabbits are known to be one of the most popular pets in the world. Despite what the name suggests, this breed has its roots in England. But then, some say that it belongs to Holland, and it was in the 1864 that the species got introduced to the fauna of England. But I believe, what matters more for most people would be keeping these cuddly, furry little rabbits as a loving part of their family.

Being of a gentle temperament, and an easygoing nature, the main characteristic feature that distinguishes this species from other rabbits, is its color pattern which includes black, blue, chocolate, pale gray, brown gray, steel gray, yellow and tortoiseshell. Among these, the black/white and blue/white are the most popular. Other physical characteristics include a well-rounded body and head, ears that are erect and well-furred, and an overall compact look.

The fur of the animal is dense, short and lustrous. It is important to know that identifying a true Dutch rabbit is to observe the maintenance of the pattern of white and colored fur of the animal. For instance, the front of the face, and the front part of the body are white, and so are the paws. The colored part include the cheeks, ears, belly, and the saddle line that runs to the tail and down the back legs. On an average, an adult can weigh 3 1/2 and 5 1/2 pounds.

On an average, a Dutch rabbit when kept with adequate care and attention, can live up to 5-8 years.

The Dutch rabbit is the most active during the morning and at night, and prefers sleeping during the day time. So you know when is the right time to have some fun with your furry friend 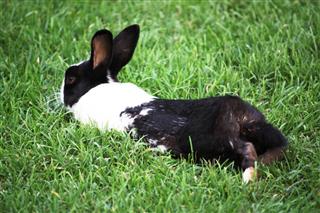 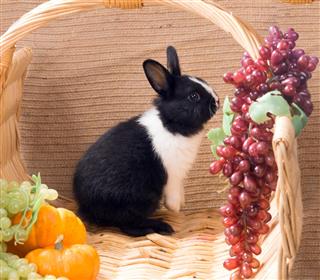 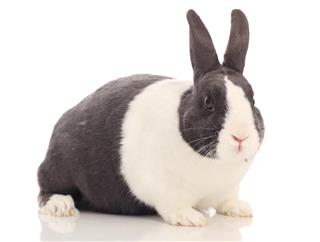