How Do Police Train Their Dogs to Attack? You’ll Be Amazed to Know

Training a police dog to attack requires controlling the aggression in them and using it to subdue the target. The method used to train police dogs for attack has been explained here.

Home / Pet Types / Dogs / How Do Police Train Their Dogs to Attack? You’ll Be Amazed to Know 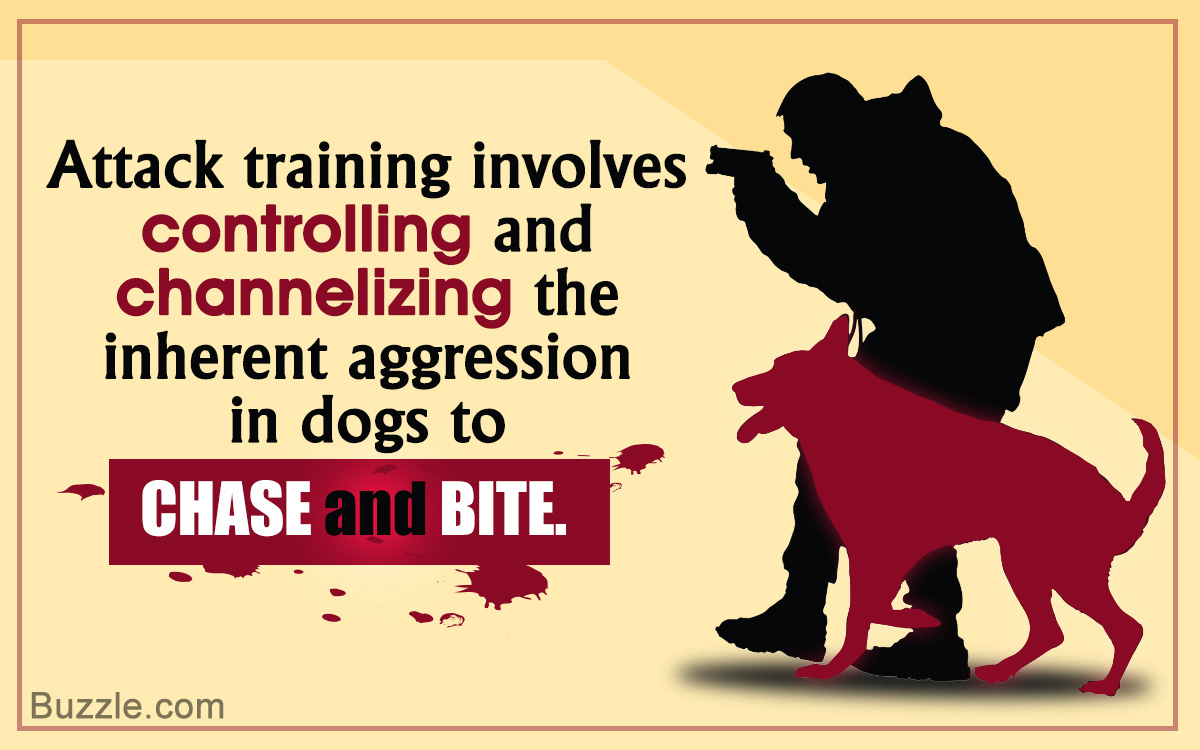 Training a police dog to attack requires controlling the aggression in them and using it to subdue the target. The method used to train police dogs for attack has been explained here. 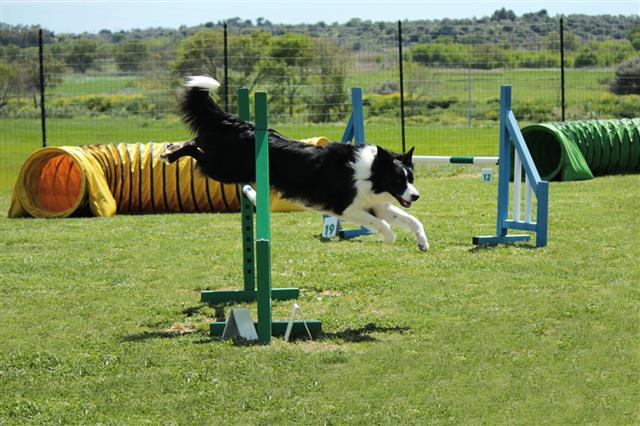 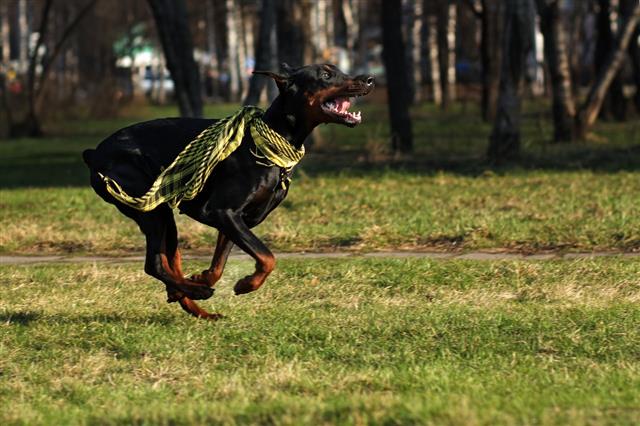 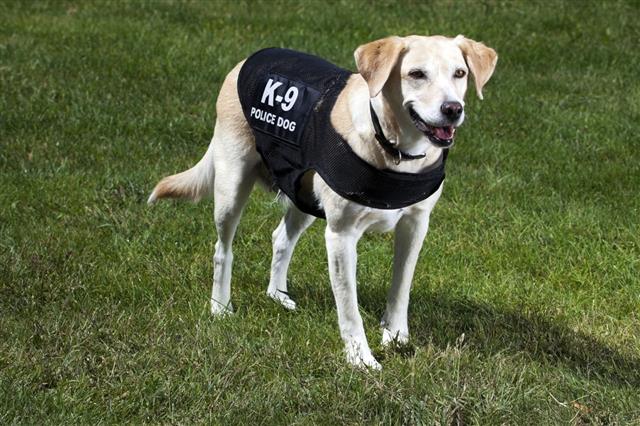 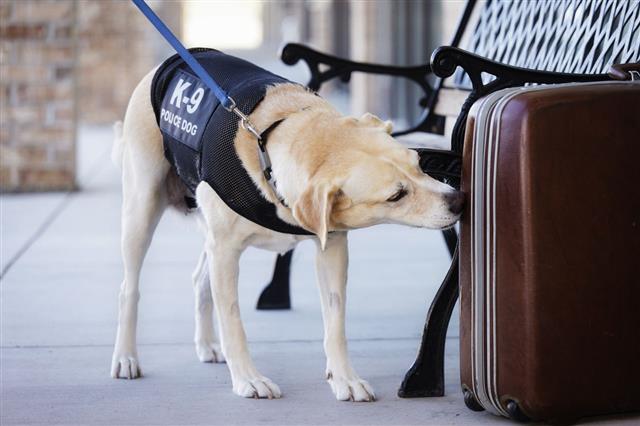 Attack dogs are given the highest level of training to make them tough and smart. Fully trained attack dogs are the costliest canines, each costing several thousands of dollars.

Police dogs, also known as ‘K9’, assist the police in law enforcement. Training a police dog is a specialized form of training. Great care and precautions are taken while training these canines. One of the important aspects of training police dogs is to develop in them a drive for protection. The German Shepherd and Belgian Malinois are dog breeds commonly used for police training.

Training a Police Dog to Attack

This is the first stage in the process of training a dog to become an attack/guard dog. Once a dog is fully trained to follow the commands given by the trainer, it becomes easy to carry on with further training. Some of the basic commands included in obedience training are ‘stay’, ‘sit’, ‘come’, and ‘heel’. Attack training can begin only when a dog is properly trained in these basic commands.

Obedience training should be carried out in isolation, as well as with distractions. Only then the dog would be considered fit for any further training.

Endurance and agility training form the basis of police dog training. In fact, attack dogs need to be even more stronger and agile than other dogs. A police dog is required to jump over walls and climb stairs, besides encountering other obstacles. To perform these activities, the dog needs to be strong and agile. Depending upon its breed and the work to be performed, the training of a dog may start from 6 weeks to 2 years of age.

Stages in Training Dogs to Attack

An attack dog is trained to perform the below-mentioned activities effectively. This is done by arousing and channelizing the inherent aggression present in them. Attack training would require a trainer and an ‘agitator’. The agitator is one who poses as a target for the dog to attack.

The agitator teases the dog so as to attack him. Such an action by the agitator stimulates the aggression present in the dog. At the same time, the trainer encourages the dog to launch an attack on the agitator. When the dog obeys the command and chases the agitator, it is praised and rewarded for the action. The agitator needs to stop teasing the dog at the point when it gets too aggressive. The only objective of this first training activity is to teach the dog how to chase and not to attack.

Biting is the next step in training a dog to attack. It is the actual action through which a dog attacks the target. The dog is encouraged by the trainer to bite the arm guard that the agitator drops. The dog should act on the command given by the trainer. Ideally, it should stop when it is given the command to stop.

In this step, the dog is trained to both chase and bite. For this training activity, the agitator wears padded clothing to avoid getting hurt. In this stage of training, the dog should have already learned to obey the commands properly. Since the dog is asked to chase and bite, controlling its behavior is crucial at this stage.

An attack or guard dog is exposed to distractions like sound of gunfire to make them tougher. It helps them work efficiently, without losing focus. In real life, they have to deal with lots of distractions. The dog should not be made to feel nervous in the presence of strangers. This is because, police dogs are required to work in crowded areas on many occasions.

A dog that is trained to attack must have a certain disposition. It needs to adapt to different situations in real life to become an efficient police dog. The dog should be strong enough to undergo vigorous training. The activity of training a police dog requires both a tough and receptive dog as well as an efficient trainer. 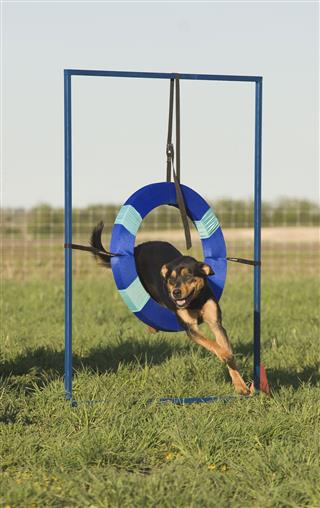 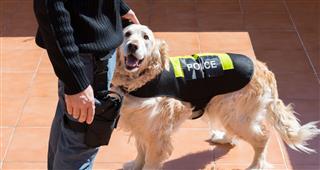 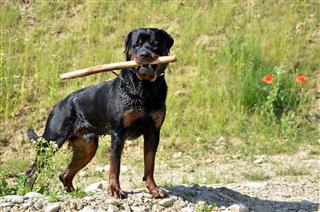 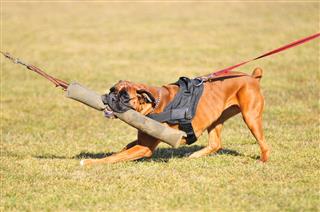