There are various fish diseases like fin or tail rot, fungus in the mouth, disorders in the swim bladder etc. that can affect guppies. This article aims to provide detailed information about the same. 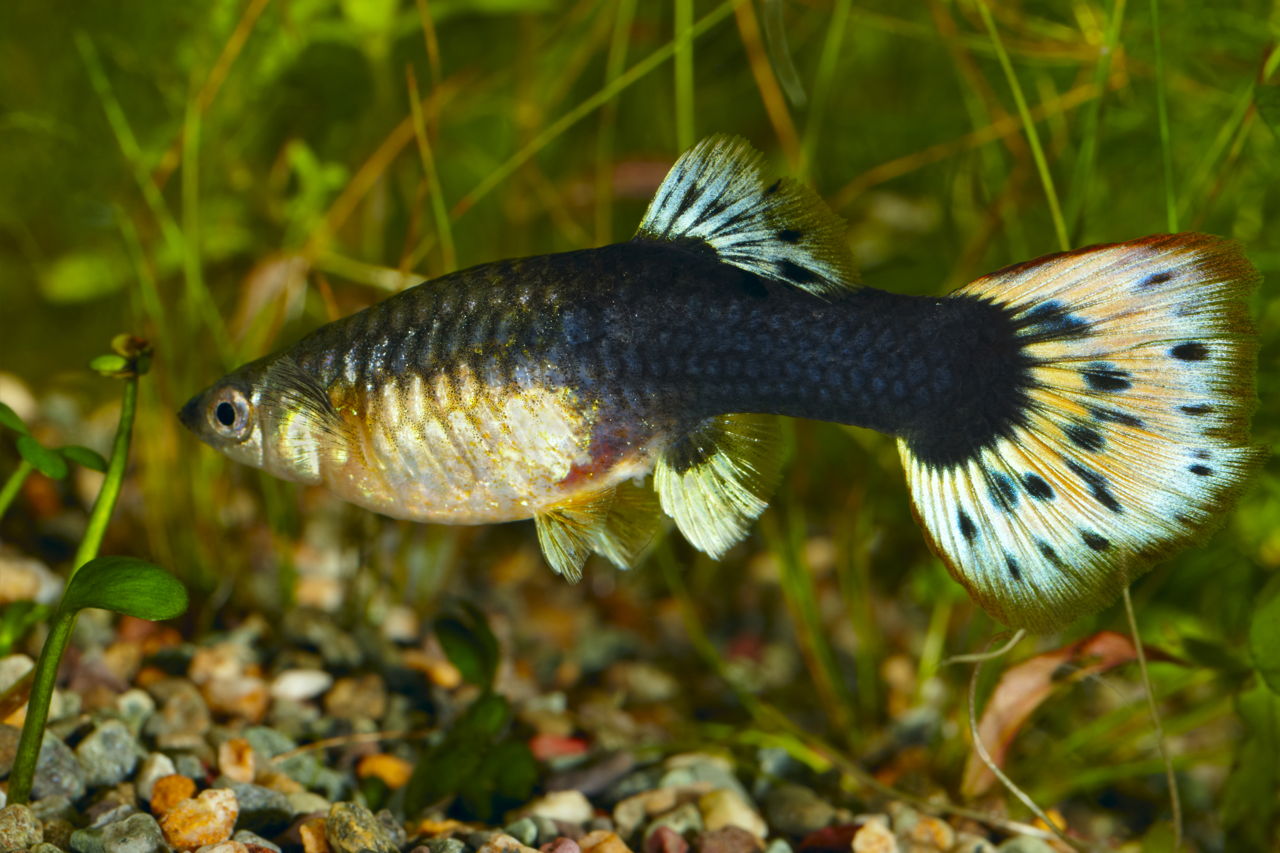 There are various fish diseases like fin or tail rot, fungus in the mouth, disorders in the swim bladder etc. that can affect guppies. This article aims to provide detailed information about the same.

One of the most popular aquarium fish, guppies are scientifically named Poecilia Libestes Reticulata. They owe their origin to parts of Trinidad and Guyana. However, now they are found in many countries. These are peace-loving fish and they like to live in their own communities as other species hurt them with their long fins. They are found in various colors and shades. Lack of proper care can lead to various types of diseases in them.

Fin rot or tail rot is a condition that occurs primarily due to a bacterial infection. Often, the aggressive behavior of a few guppy fish in the aquarium leads to damage and hurt of the fins and tails, that indirectly favors the growth of fungus. Bacterial infection is marked by the disintegration and shredding of the fins, that is usually accompanied by light colored red marks/spots at the ends of the tail and on the fins. Poor quality water in the fish tank is a common reason as well. Treatment of tail rot or fin rot is administered by removing the fish from the aquarium tank and putting it in some other tank with better water quality. Antibiotics can also be given to treat fin rot.

One of the dangerous diseases, hemorrhagic septicemia occurs due to a particular class of bacteria that grow in the blood. This disease manifests itself as deep sores, ulcers, and lesions on the body of the guppy, especially the tails and fins. This condition may be due to poor fish care like rough handling while transporting, or an overcrowded aquarium. If a guppy fish is affected by this disease, then it is necessary to isolate it from the rest so that the bacteria is not able to infect the other fish in the aquarium.

Sores and wounds generally occur due to aggressive behavior of the fish in the aquarium. The fish may be injured due to improper handling and care during netting and shipping. It is necessary that extreme care is taken while shipping live fish. Fish hobbyists are generally aware of the careful methods that are required in transporting fish from one part of the country to the other. For instance, the guppy fish must be placed in plastic bags that are 1.5 to 2 millimeter in size, and the bag must be labeled with an adhesive tag.

Fungus problems are common guppy fish diseases. Basically, weak guppies or injured ones are more susceptible to fungal diseases wherein one can see whitish patches on the body of the fin. Any damage of the skin/gills or keeping the fish in a tank that is very cold can lead to the development of fungus on the body. Besides the body, guppy fish can show fungus symptoms on the edges of the mouth. A white layer near the edges of the mouth are an indication of a fungus infection.

Another problem is the disorder related to swim bladders. For example, a guppy fish may show unusual behavior by swimming faster than usual and in a particular angle in the aquarium. Though the cause of this disease is not known, it is believed that crowded fish tanks make the fish feel uncomfortable and so the behavior. Another swim bladder infection that is more dangerous than the former one is a severe viral infection. The fish stop eating or eat lesser than the normal and may develop cysts at the bottom of the swim/air bladders.

These are some of the guppy fish diseases that can be harmful to the health of your fish. It is absolutely essential that proper methods of care are adopted so that you can easily treat your guppy and ensure its good health.