Freshwater clams are hugely popular in home aquariums. They are also considered as a delicacy in some places. PetPonder provides some interesting facts about freshwater clams. 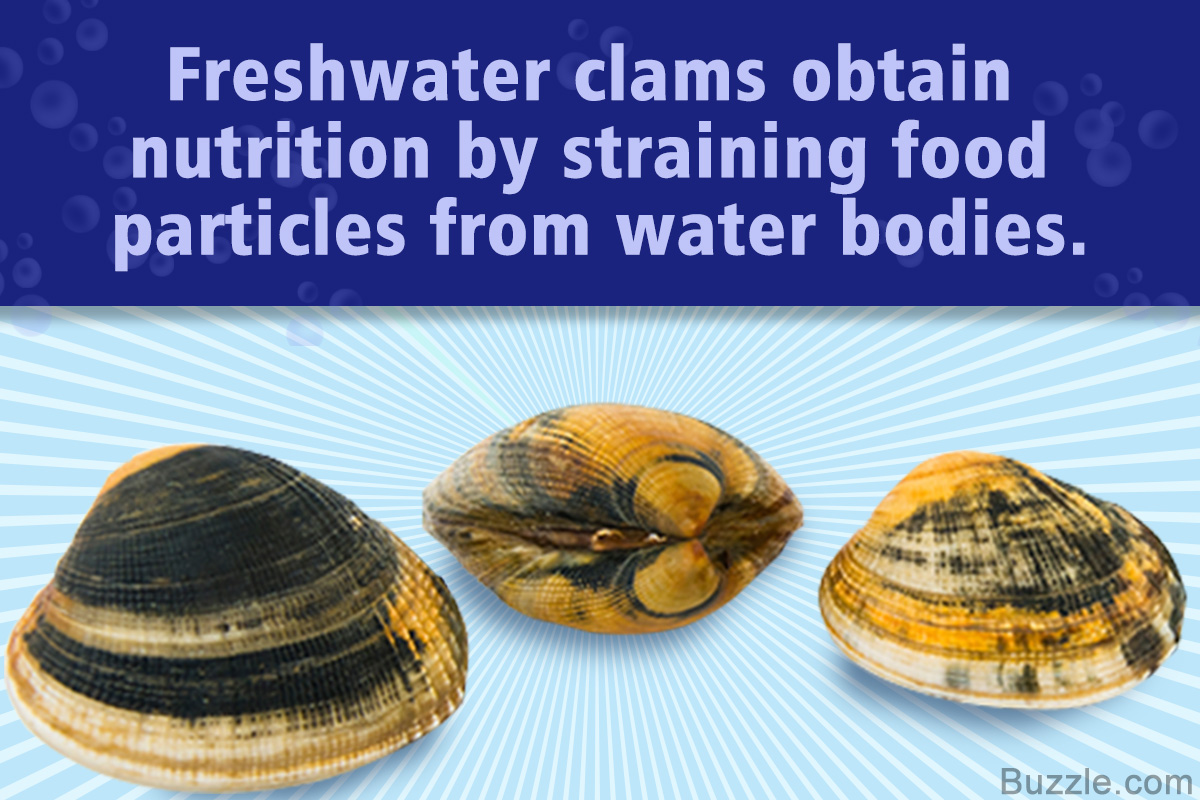 Freshwater clams are hugely popular in home aquariums. They are also considered as a delicacy in some places. PetPonder provides some interesting facts about freshwater clams.

Generally, clams do not move about. They are known to sit still with their shell closed, so you may think that they are dead. The possibilities of a clam being dead could be an open shell, other fish nibbling at it, or it floating towards the top portion of the aquarium.

The term ‘clams’ is a general one that is used to refer to all species of bivalve molluscs like oysters and mussels. Freshwater mussels, freshwater bivalves, and marine bivalves fall under the category of clams. Various species of freshwater clams are sold in the market since these creatures are a favorite as pets among fish lovers.

Freshwater clams are invertebrates that can be divided into two main families, namely Sphaeriidae (small ones) and Unionidae (large ones), which are also known as freshwater mussels. The following is their classification.

In the wild, freshwater clams are found adequately in freshwater sources like ponds, lakes, and rivers. They prefer areas that have floors containing sand or silt, in which they can bury themselves. In captivity, they require aquariums with sandy or similar substrates for burrowing. These creatures are found in many places on the earth, but their highest concentrations are in the US.

The aquarium must consist of a quality external filter and at least ¼ inch of gravel, as clams cannot last long without the substratum. Buy a substratum that is not too rocky because a rocky one will not help the clams to hide underneath it. They do great within the temperature limit of 65 to 80°F, which is why it is convenient to keep them in an aquarium sans water heaters. Water levels must be maintained as per the requirements of the other freshwater fish that you have in the fish tank. Normally, a ten-gallon fish tank is sufficient for them.

Clams are very popular in aquariums because they are the best kind of live filters that your aquarium can have. They help keep the aquarium clean and fresh. They do this by getting rid of the uneaten food and other unwanted materials from the water columns. They take in the water that contains food particles and release filtered water back into the water body, thus, consuming the food particles in the process. This filter feeding method of clams helps keep the water clean.

Freshwater clams are a peaceful species and will never harm the other aquarium fish or invertebrates. In normal conditions, other fish from the fish tank will not try to harm the clams due to their hard outer shells. It is best not to combine these creatures with carnivorous pet fish as they might get hurt and eaten. Never keep any of the invertebrates including the clams inside the fish tank while you are medicating it with any antibiotic.

These species are filter feeders. Filter feeders are those who survive by straining the suspended food particles from water bodies. In captivity, you can feed them finely crushed shrimp and clam pellets. In the wild, they are known to mainly eat plankton. They also eat small animals, small plants, and bacteria. They filter their food out of the water.

Members of the Sphaeriidae species are hermaphrodites. They store the fertilized eggs in a brood pouch and give birth to young ones with shells. On the other hand, members of the family Unionidae are not hermaphroditic. Here, the male releases the sperm downstream, which is drawn in by the female. The eggs fertilize in her gills, after which the larvae are released into the water. The larvae then have to attach themselves to some specific species of fish for a certain amount of time as parasites. Once they develop their organs, they fall off the fish and carry on with their lives. These animals can start reproduction after the age of four, and generally live for anything between 25 to 100 years.

Clams as a delicacy

Freshwater clams are a docile and peaceful species that live in harmony with other creatures of the sea. Their importance to the environment in the form of filtering water is precious. Thus, efforts must be made to save them from becoming extinct.