Facts About Flowerhorn Fish You Will Thank Us for Giving You

From the drains of Singapore to the homes of the finest fish enthusiasts, the flowerhorn fish breed has had an interesting journey so far. Here is the lowdown on a fish that found its five seconds of fame all thanks to the supposed presence of its divine properties! 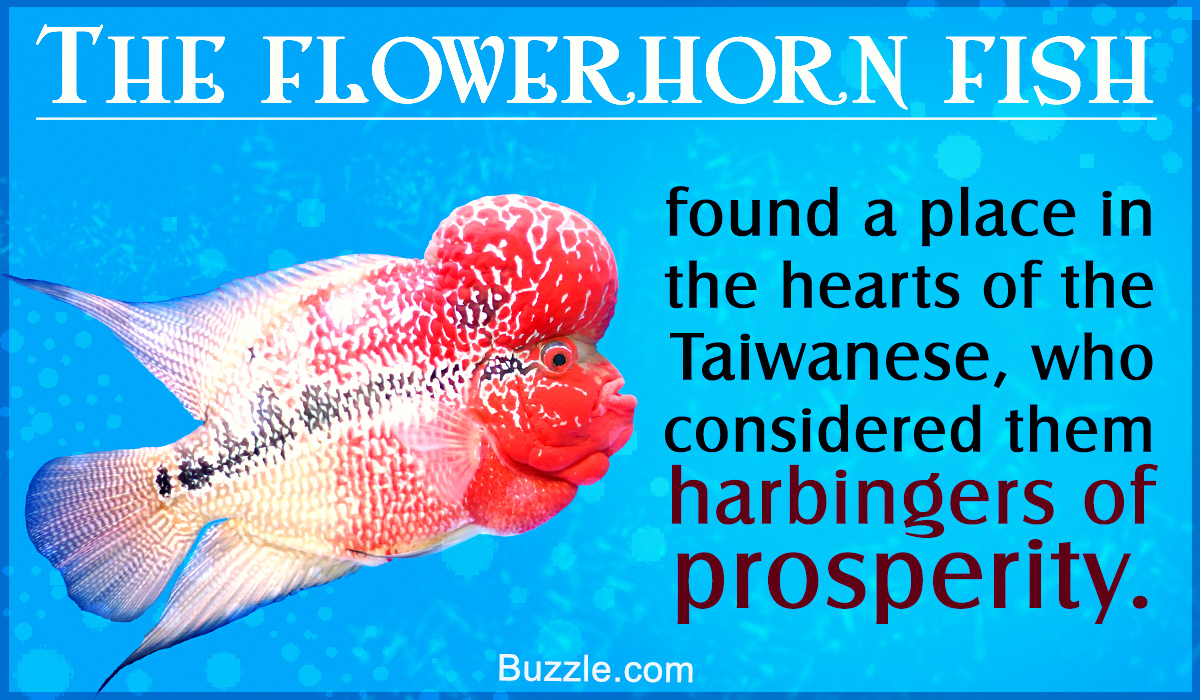 From the drains of Singapore to the homes of the finest fish enthusiasts, the flowerhorn fish breed has had an interesting journey so far. Here is the lowdown on a fish that found its five seconds of fame all thanks to the supposed presence of its divine properties!

One look at the flowerhorn fish and it’s easy to understand the frenzy it sparked off in Singapore a few years ago. This gorgeous creature with the trademark bulging forehead and vivid hues had fish fanatics the world over paying insane amount of money to own one. And why not? Thought to bring the owner good fortune and prosperity, the flowerhorn fish managed to create a splash in the aquatic world. We have a few flowerhorn fish facts lined up for your delectation.

It all began with the Malaysians and their inclination for these bulky-headed fish, known as Karoi or warships. The flowerhorn fish found a place in the hearts of the Taiwanese, who considered them harbingers of prosperity. Soon enough, a feng shui connect was established. The nuchal hump, or protruding forehead resembled the forehead of the Chinese God of longevity. Some of the fish’s body parts matched other divine creatures, elevating its importance. The black markings on the sides sometimes look like Chinese alphabets. Its brightly colored appearance made it an attractive and coveted fish. Aggressive at first, these fish form a deep bond with their owners over a period as they get tamed, especially when the owners feed them with their hands. Its red eyes were known to cast the evil spirits away.

The flowerhorn cichlid finds its ancestors in the red devil cichlids (Amphilophus labiatus) and trimac cichlids (Amphilophus trimaculatus), from Central America along with the hybrid blood parrot cichlid from Taiwan. These fish were bred together in Malaysia, giving us the flowerhorn cichlid. Also called the Luo Han flowerhorn, they arrived in America during the nineties. They grow up to 12 inches and will keep you company for 10 to 12 years. Considering their size, they must be kept in a 20 to 30 gallon tank, in waters with a pH level of 7.4 to 8.0 and a temperature of 80-85°F. Their diet includes fleshy and live bloodworms, mealworms, small fish, earthworms, minced meat and shrimp. Their vegetarian delights are spinach, peas and lettuce.

The “Not So Good”

How would you like to have an aquatic pet that is not very different from humans? Well, the flowerhorn fish, being a product of human effort, has managed to pick up a few human qualities. For starters, it is an aggressive fish, and very territorial. Keeping more than one in a tank is not recommended, but if you insist, do separate them with a sturdy glass partition and give them time to start tolerating each other. This applies to two fish belonging to the opposite sex as well (Mars and Venus, anyone?). The aggressiveness scales new heights, as a flowerhorn can also injure itself if the tank accessories are too rough on the edges. It sometimes likes to launch itself, head first on to the glass walls, which explains the presence of several disfigured single fish in captivity. Be very careful while feeding it as it sometimes likes to bite the hand that feeds it. Among other human qualities, they also happen to have a ravenous appetite for food and reproduction as well.

Controversy cannot keep its hands off a fish that is termed “a hybrid of hybrids”. Much noise has been made about how fish breeds have been modified to increase their attractiveness quotient. While the ecologists continued their protests, the breeding community made hay as the popularity of the flowerhorn fish soared. It was during this period that the breeders worked overtime to support the burgeoning demand, leading to a drop in the “quality”. The so-called good-looking fish earned returns and the unattractive and disfigured ones were saddled with the store owners. Not knowing what to do with the leftovers, they were thoughtlessly dumped in the drains of Singapore and Malaysia. These little horrors ran riot with their unrestrained breeding and demolished the local flora and fauna. Many local aquatic species became extinct, with the flowerhorns eating or killing whatever came their way.

All the controversies in the world have not been able to convince the flowerhorn fish fanatics into keeping other pets. When the ethical aspect of breeding creatures in labs is raised, there are silent whispers about how humans have done worse elsewhere. Whether you choose to love this fish or loathe it, there are several people around the world who have derived immense joy, companionship, and not to mention, prosperity from it. 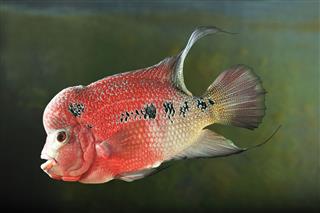 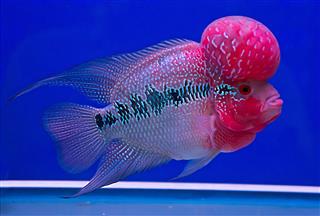