The western hognose is one of the harmless snakes, which is widely preferred as a pet. PetPonder sheds light on the habitat, behavior, diet, and other interesting facts about the western hognose. 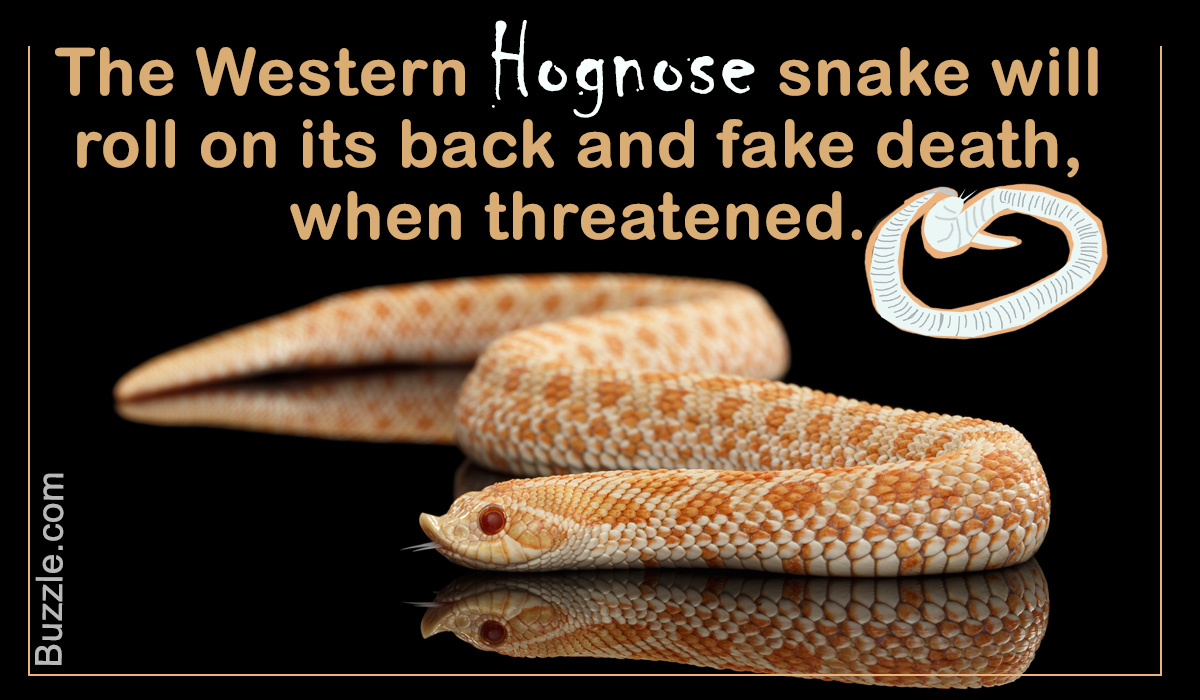 The western hognose is one of the harmless snakes, which is widely preferred as a pet. PetPonder sheds light on the habitat, behavior, diet, and other interesting facts about the western hognose.

If you hold and turn the western hognose when it is playing dead, it will flip back to its original position and continue its acting.

The western hognose is a medium-sized snake with the typical upturned nose. It is known by many names such as faux viper, Texas hognose, Texas rooter, bluffer, and blow snake. The snake has a calm temperament, but if it has to show its aggression, it comes up with new but safe ways! So, you need to do a bit of study and try understanding its behavior.

The main controversy surrounding this snake is whether it is venomous or not. The answer is a partial yes and no. Umm, it raises an eyebrow, doesn’t it? As you read further, you will discover more such interesting facts about this beautiful creature.

► The western hognose has different patterned scales. Some people might confuse it with the rattlesnake, but just notice the tail when in doubt.

► This snake is characterized by its stout body and the upturned nose, which looks like that of a hedgehog.

► The keeled scales of this snake come in various colors like brown, olive, and gray with dark patterns all over the body, and the belly side has glossy scales. This snake has big teeth towards the rear end of its mouth, which are called rear fangs.

► The female is larger in size than the male, growing up to 3 ft., whereas the male will grow only up to 18 – 24 inches. This difference helps in easy differentiation between males and females.

► This snake is found all through the Great Plains states of the U.S. from Canada, Arizona, Texas, and Mexico. The snake prefers flat areas with loose sand where it loves to burrow itself.

► Apart from toads, the diet of a western hognose also consists of various other preys like lizards, small rodents, or other eggs.

► The hognose is eager to eat, but in some cases, it is observed that it won’t eat for months because it hibernates during the winter months.

► The western hognose usually has a docile temperament, but might show some “stay-away” signs occasionally.

► When threatened, it will flatten its neck and hiss loudly. Flattening its neck is an effort to look larger and scare the predator away. It can also strike, but it will do it with a closed mouth.

Is the Western Hognose Venomous?

This snake is not like a constrictor, so there should be something else that allows it to kill and feed on a prey. It doesn’t have a venom gland, but its salivary gland is modified, and hence, it produces toxic saliva. This type of gland is called Duvernoy’s gland. Also, unlike other few snakes, it can’t store the saliva. This toxic saliva is not at all harmful to humans, and till date, there has been no death owing to the bite of this snake. The bites can only cause some swelling and pain, but not death in any way.

► The western hognose is an oviparous snake. The female lays 4 – 23 eggs, which are elongated in shape and has a thin shell. The eggs hatch after almost 2 months.

► The baby snakes are only 5 – 9 inches long after they are hatched. The juveniles get mature after almost 2 years, but it mostly depends on the size rather than the age.

► The western hognose can live up to 18 years in captivity.

► This snake is the most commonly kept in captivity compared to its other family members. It is a ground-dwelling snake, which is why it needs enough ground space and not much height.

► A 30 – 40 gallon aquarium can be fine. A fixed water bowl and a few hiding places should be given.

► In the wild, it eats toads because they don’t put up much of a fight. This snake tries to chew the prey, and the toxic saliva slowly subdues the prey. This is a slow process; hence, the toads not giving a fight back is useful.

► Pre-killed mice is a great option to feed this snake. If you give a live rodent, there are chances that it may hurt the snake while the rodent is fighting back. Utmost care should be taken while handling hatchlings.

► It is an eager eater; hence, feed it with forceps to avoid a snakebite. It all depends on your snake’s nature. Some might even like their food left in a corner. However, just remember to be careful while feeding as most bites happen while you feed it.

► Consider all the signs given by your pet. If it feels threatened, just let it calm down and then you can handle it.

The western hognose is luckily abundant in nature and falls under the Least Concern category declared by the IUCN. Hence, it is our responsibility to take care to see that their numbers don’t dwindle, which is why it’s better to leave them alone in their own habitat.