Dog breeding is a good business, provided canines are given all the necessary facilities and care. Puppy mills are those breeding facilities, which aim to earn profits, and thus, tend to disregard all other aspects. This DogAppy article is an attempt to shed light on some of the most shocking facts about puppy mills. 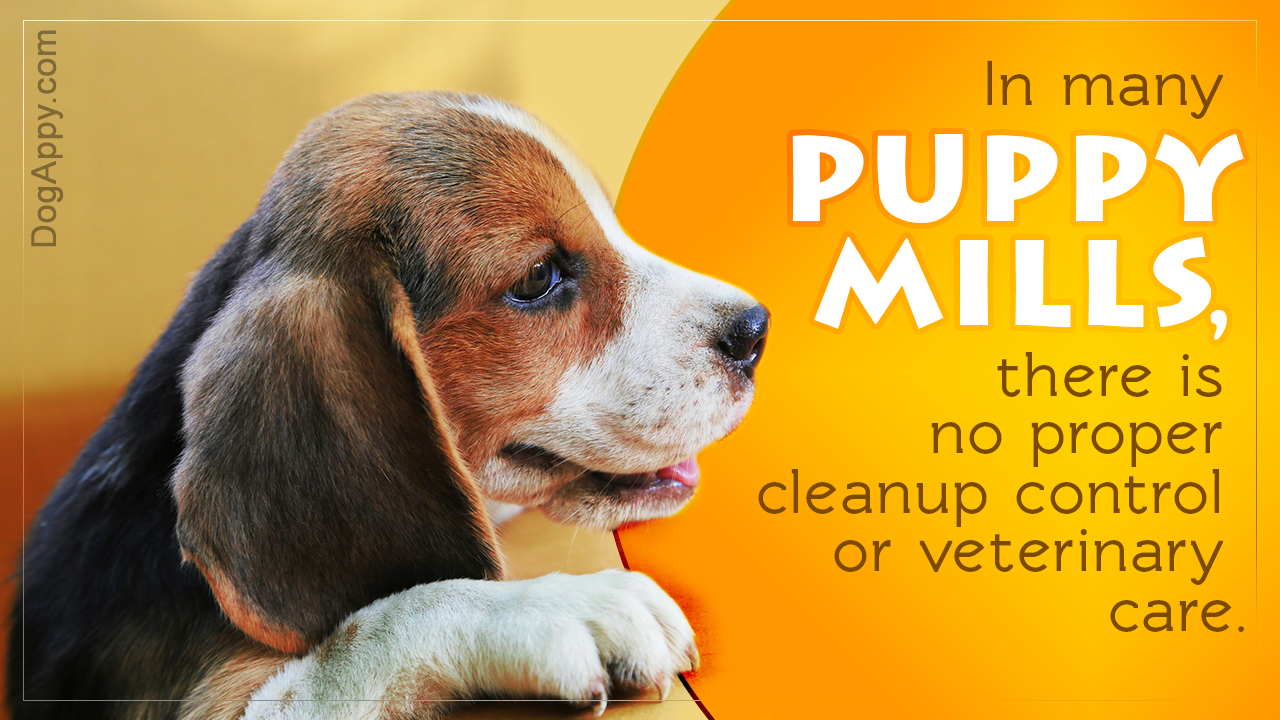 Dog breeding is a good business, provided canines are given all the necessary facilities and care. Puppy mills are those breeding facilities, which aim to earn profits, and thus, tend to disregard all other aspects. This DogAppy article is an attempt to shed light on some of the most shocking facts about puppy mills.

Missouri is the Puppy Mill Capital of the United States. According to studies, America’s largest concentration of puppy mills is situated in the southwest corner of Missouri.

Facilities that undertake commercial dog breeding, operate in large numbers throughout the United States, Australia, and the United Kingdom. A puppy mill, also known as puppy farm, is essentially a commercial dog breeding facility that took root during the post-World War II era. According to historical sources, the opening up of these facilities was an immediate reaction to a major rise in the demand of puppies, owing to which, the midwestern farmers opted to enter into the business of breeding puppies, as an alternative source of income.

Because puppy mills have been commercial in nature right from their inception, making high profits has always been a topmost priority. It continues to be so even today, and it is really unfortunate that animals are, more often than not, kept in substandard and filthy conditions so that the overhead costs can be reduced and profits can be maximized. The American Society for the Prevention of Cruelty to Animals (ASPCA) has defined a puppy mill as “a large-scale commercial dog breeding operation where profit is given priority over the well-being of the dogs.”

» The dog kennels in a majority of puppy mills are small and cramped spaces. More often than not, they are overcrowded, with no cleanliness standards maintained.

» Most dogs from puppy mills are often victims of malnutrition and several other hazardous diseases.

» The breeders, because their main aim is to earn maximum profits, tend to spend less on dog food, veterinary care, and overall hygiene of the facility.

» Owing to the substandard facilities and overcrowded kennels, dogs in these breeding facilities are often prone to inbreeding. This results in several puppies being born with deformities and genetic disorders.

» Moreover, puppies coming from puppy mills also suffer from social problems. For instance, owing to the fact that they are often kept in cramped and overcrowded kennels, which they have to share with other dogs, they may become habituated to constant fighting and being either very territorial and/or very submissive. Both temperaments have their own adverse effects.

» Several female dogs are kept for their entire lifespan in puppy mills. These are known as “brood bitches”, and their main purpose is to give birth to as many puppies as possible.

» The mating of brood bitches is done every time they are in heat. This means that they are almost continuously kept pregnant, despite that fact that they often suffer from undernourishment and minimal veterinary care.

» With the passage of time, the size of the litter goes on diminishing, and when the brood bitch is about six or seven years old, she is completely unable to breed any more puppies. At this point, the breeders kill the brood bitch.

» A maximum number of puppies, which are sold at retail outlets, come from puppy mills. In most instances, they are separated from their mothers, the moment they are born and transported to shops, in order to be sold.

» Because puppies are not weaned by the time they are taken away from their mothers, most of them, because they do not know how to eat food, cannot withstand starvation and die.

» What is even more shocking is the fact that the journey from puppy mills to retail outlets is a long and tedious one. They are first sold to the brokers, who “pack” them in crates, and then take them to the various pet shops to be sold to the final customers. All this while, puppies receive almost no care with respect to food, water, shelter, and ventilation. As a result, most puppies either succumb to death or contract several illnesses.

» There are as many as 10,000 puppy mills throughout the United States, both licensed and unlicensed.
» About 176,088 dogs are kept in puppy mills, only for the purpose of breeding, out of which, some 114,457 are brooding bitches.
» Only about one quarter (25%) of the dogs that come from puppy mills are pure breeds.
» The facilities are licensed by the United States Department of Agriculture (USDA), and about 1,075,896 puppies are produced in these licensed facilities each year. However, summing up the total number of puppies from both, licensed and unlicensed facilities, around 2.15 million puppies coming from puppy mills are sold to pet shops each year.
» Shockingly, only about $4 to $7 are spent every year on a single puppy under the animal control programs.

** Source: The Humane Society of the United States (January 2013 statistics)

» In the United States, the Animal Welfare Act of August 24, 1966 regulates some aspects of the dog breeding industry, especially those pertaining to canine abuse.

» Moreover, various American states also have their own legislation, aimed at keeping a check on the welfare of dogs in puppy mills.

» Even in Australia, the Animals (Regulation of Sale) Bill has been proposed, the main aim of which is to discourage unregistered dog breeders.

» In the United Kingdom, the Breeding and Sale of Dogs Act was passed in 1999, which makes veterinary inspections mandatory for all registered breeding facilities.

Despite several laws and attempts on the part of the states to keep a check on the instances of animal abuse in puppy mills, it is a pity that numerous cases still go unnoticed. The least that we can do is to acknowledge the fact that even animals, like us, deserve a right to live a healthy and safe life.