Native to the Caribbean islands, Peru, and Cuba, curly-tailed lizards are very popular as pets. In this article, we shall look at some interesting curly-tailed lizard facts, such as their growth, diet, habitat, and general life of these reptiles. We will also learn how to take care of them in captivity. 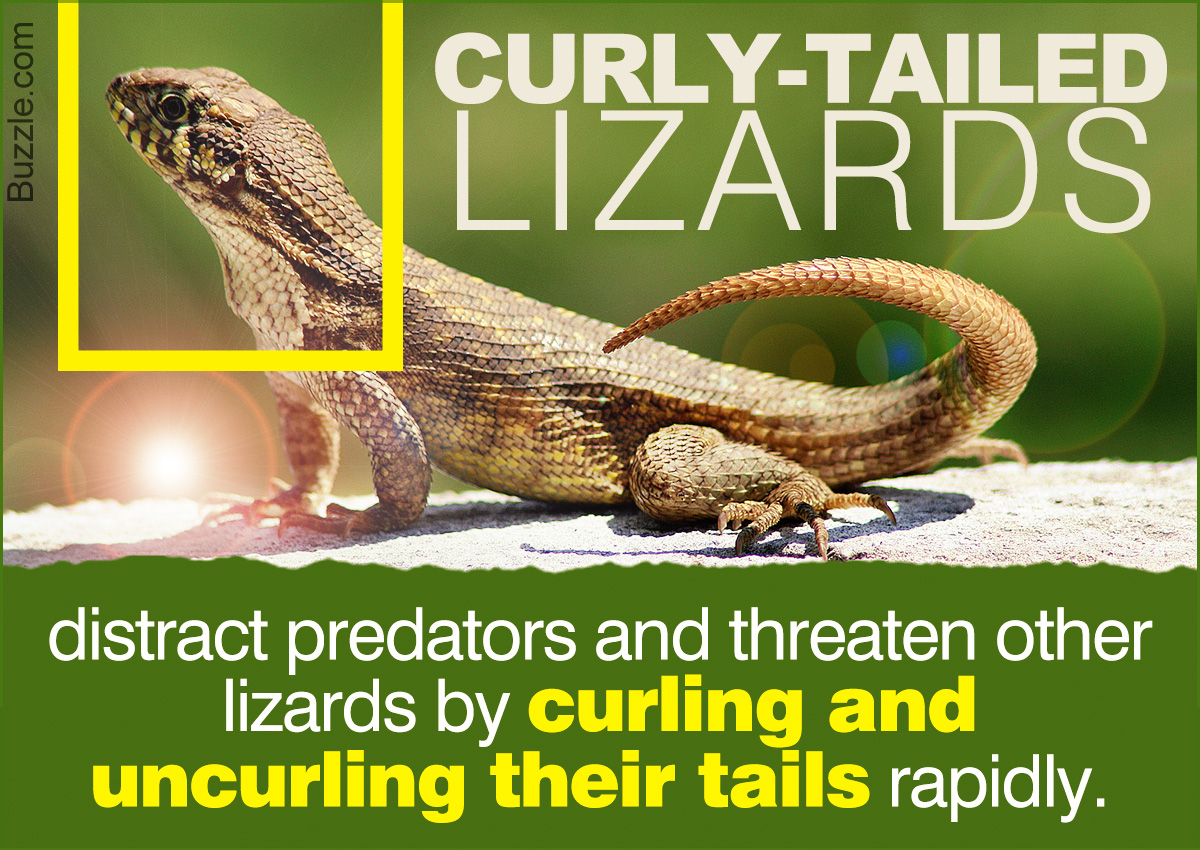 Native to the Caribbean islands, Peru, and Cuba, curly-tailed lizards are very popular as pets. In this article, we shall look at some interesting curly-tailed lizard facts, such as their growth, diet, habitat, and general life of these reptiles. We will also learn how to take care of them in captivity.

Curly-tailed lizards are shy, and don’t like to be handled. However, if you show some patience, and feed your lizard regularly by hand, your pet will gradually get used to you, and will allow extensive handling.

Curly-tailed lizards are a popular and attractive pet lizard species, that were released in Florida during the 1940s to bring the population of sugarcane pests down. In the wild, they are an important part of the ecosystem, as they provide food for large predators, like birds of prey or carnivorous animals.

Appearance
Males can grow up to 20 cm long, while females are comparatively smaller. They have small, tough scales that are rough in texture, but glossy to look at. These lizards may either be brown, gray, green, or a mix of two or more colors. Their bodies can also have irregular spots and stripes, and the underside is whitish-yellow. The males have a throat fan, and also have larger heads as compared to the females.
Habitat
Curly-tailed lizards are found in urban and arid forest areas, where easy access to rocks are available to use as shelter. They are also found near beaches, where they prefer to bury themselves in the sand after sundown. Due to this habitat, they are prey to several birds and animals. Curling and uncurling their tail is a method of distraction they use to escape. They have also been known to play dead. Ideally, curly-tails require an area with a lot of insect life, which is needed in big amounts during the mating season. If you live in a coastal area, and want to attract these reptiles to your yard, all you need to do is to build a pile of rocks, and if any curly-tails are nearby, they are sure to come and check it out. However, be careful that no house cats are in your neighborhood, as they predate on curly-tailed lizards.
Diet and Reproduction
Curly-tails emerge out into the open during the day, and sun themselves to kick-start their metabolism. They spend their day hunting for insects and other smaller lizard species. Males fiercely defend their territory from other males, while you might find two or more females together. The males intimidate each other by curling and uncurling their tails, while attracting females. Mating usually takes place in the spring. The females lay many batches of 3 – 4 eggs in a rocky shelter, and the babies hatch out of the eggs and emerge sometime during June or July. The babies will have bright orange throats for the first few days after hatching.
Conservation Status and Threats
Curly-tailed lizards have a least-concern status according to the IUCN. However, predation by pets such as cats, dogs, and rodents are a big threat. Also, growing demand for curly-tails as pets is endangering the population. Urban development is a minor threat, due to the fact that the curly-tails gradually adapt to their new urban surroundings.
Curly-tailed Lizard Care Instructions
Curly-tails are active, robust lizards that do not require much care. They have a lifespan of 5 – 7 years. However, to ensure that they live that long, there are a few things that you must take care of.

Habitat Requirements
A 20-gallon-long tank is ideal for one curly-tailed lizard. A deep layer of soil or sand should be available for the lizard to burrow inside. The tank should have full-spectrum UV lights and adjustable temperature settings. Day-time temperatures should be between 80 – 100 degrees Fahrenheit, while nighttime temperatures should be changed to 70 – 80 degrees. It is best to use a radiant heat source for this purpose. You can keep rocks and branches in the tank for them to perch on. Also provide them with some dark hiding places. However, be careful that they do not escape. You can either use a secure lid for the tank or have a tank with high walls. You should regularly mist the tank with water using a spray bottle to maintain 60 – 80% humidity in the tank. You must never keep more than one male in the same tank, as they will fight and kill each other. Instead, you can have a group of females or one male with females. You will have to clean the tank of any uneaten food or feces once every day. The tank will have to be washed once every week.

Diet
Provide a wide variety of live insects, daily. You can use waxworms, crickets, mealworms, etc. Occasionally, you can feed treats of green leafy vegetables and some fruits. Ample drinking water should be available. It should be chlorine-free and it has to be changed every day, along with removing any uneaten food. You will also have to dust some calcium and vitamin supplements from time to time.

Health Issues
Although curly-tails are quite resistant against most diseases and pests, it is important to maintain good hygiene standards. One must always wash their hands before and after handling this reptile to avoid salmonella and other infectious diseases. If a curly-tail shows deformities or softened bones, it is probably a deficiency of calcium due to insufficient UVB lighting. Consult an exotic pet vet, and add extra UV lighting in the tank. If the tank is too cold or humid, it can cause respiratory problems, indicated by heavy breathing and mucus around the mouth and nose area. Increase the heating and consult a vet promptly.

Breeding
If you have a male and female curly-tailed lizard, and the appropriate humidity and temperature, there is a good chance that the lizards will mate and the female will lay eggs. Once you get the eggs, it is important that you immediately get them out of the tank and put them in a large cup filled with slightly moist vermiculite. This cup has to be kept in an incubation area at a constant temperature of 80 – 85 degrees Fahrenheit. Also, do not turn the eggs on the side or upside down. This can cause the babies to suffocate inside the eggs. Make markings on the eggs to prevent such an accident from happening.

Handling
Be careful while picking up curly-tails, as they tend to struggle a lot and prefer to keep their distance from their owners. However, with time and occasional attempts, you might be able to pick it up without a fuss. It is important that you hold its body, and never the tail, as this can cause pain and discomfort.

Curly-tails are not available in pet stores very easily due to export bans by their countries of origin. However, if you do find one, these reptiles are good pets for both, beginners and experienced owners.