The Cape dwarf chameleon is a small species of chameleon that is endemic to the province of Western Cape in South Africa. Here, we shall look at some facts about this fascinating lizard. 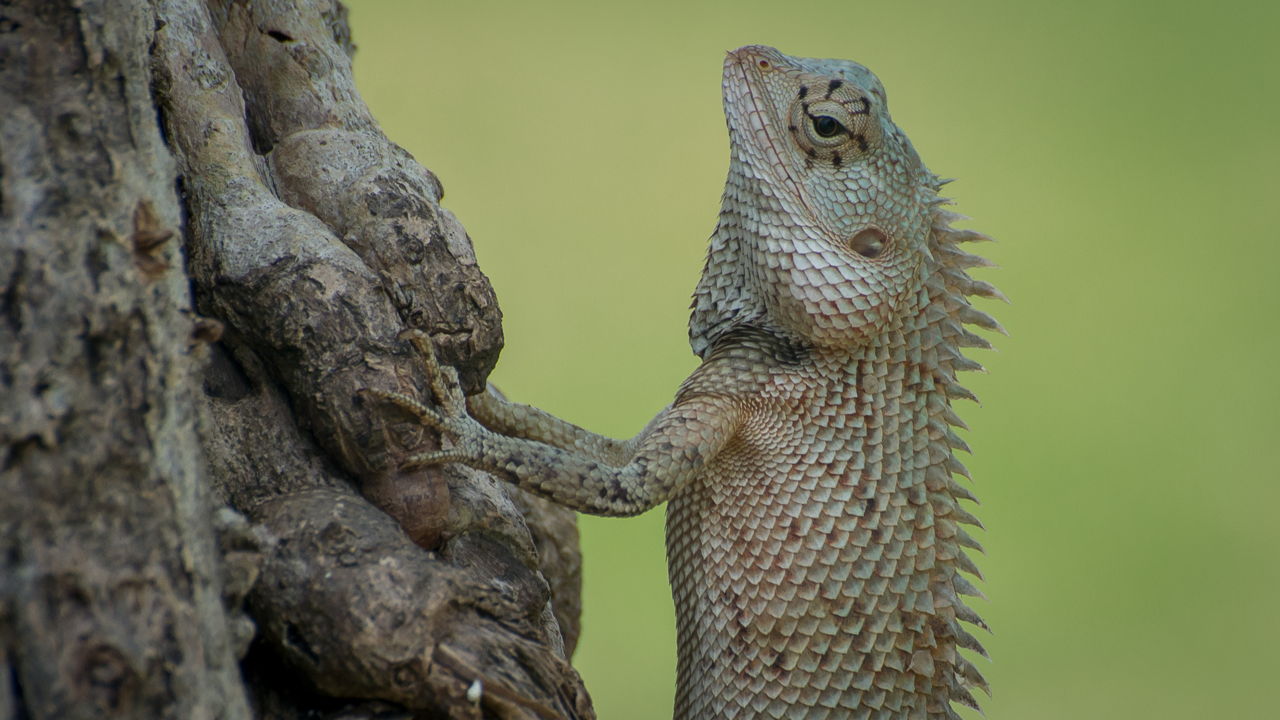 The Cape dwarf chameleon is a small species of chameleon that is endemic to the province of Western Cape in South Africa. Here, we shall look at some facts about this fascinating lizard.

The adult Cape dwarf chameleon grows to a length of 15-17 cm. The young ones are not more than 2 cm long.

The Cape dwarf chameleon (Bradypodion pumilum) is one of the 13 species of dwarf chameleons found in the southern part of Africa. These species are similar in shape and color, and are mostly green with orange lateral markings on their body and head. The word bradypodion means “slow-footed”, and these creatures follow a “stop and go’ pattern of movement, with a characteristic swaying gait. This helps the chameleon blend with its background, appearing like leaves swaying in the breeze. The chameleon can also change its color at will, making it a master of camouflage. The ability to camouflage helps the chameleon to catch its prey and also trick its predators. Fascinating, isn’t it? This PetPonder article brings to you some more facts about this beautiful lizard. Have a look!

This is an endemic species and is restricted to a very small area in the Western Cape province of South Africa.

When provoked, the chameleons inflate themselves and change color as a warning signal. They emit a hissing sound and may even bite. However, they do not have sharp teeth.

Keeping them as Pets

Once these little creatures are taken out of their natural environment, it takes a lot of effort to make them feel at home. Acquiring food for the Cape dwarf chameleon can be difficult, as they are used to preying on certain species of insects that are not easily found elsewhere. Cats and dogs should be kept away from the garden or the area where you have kept your chameleons. Add to this, the fact that chameleons are cold-blooded, i.e. their body temperature changes with the temperature of their environment, and you have a tricky pet at hand!

To keep a Cape dwarf chameleon as a pet, you must remember that these lizards are extremely sensitive to stress and should be handled with care. They love to be left to themselves.

Full spectrum lighting is essential for them to stay healthy. Keep its enclosure outside during the summer months, and keep it indoors in winter. If you live in an area that experiences good weather throughout the year, you can place its enclosure outside. When keeping your chameleons indoors, make sure that the enclosure is subjected to UVB light and has lots of plants for the chameleons to rest on.

Breeding these lizards is easy. Just bring a male and female together and soon you’ll have a gravid female. However, to protect the young ones from being eaten, make sure you isolate the gravid female before she gives birth to her litter.

Here are a few reasons why Cape dwarfs are a good choice as pets.
» They are not fiercely territorial, and exist in groups of 5 or 6 in the wild.
» They are easy to breed.
» They give birth to live young, in 2 to 3 clutches of 10-15 babies each year
» Since they are small in size, they can be kept in a relatively small enclosure.
» Being small in size, they have a smaller appetite and eat less.

The Cape dwarf chameleon is not endangered, yet it faces a major threat of loss of its grassland habitat due to the grazing of cattle.