There are numerous different eye problems that affect all dogs in general. This story explains some of these problems and their brief descriptions.

There are numerous different eye problems that affect all dogs in general. This story explains some of these problems and their brief descriptions.

Taking care of pet animals is not everybody’s cup of tea. It needs an all-time alertness and vigilance. Observation and care should come naturally. For canine lovers, one general rule is to keep a close check on their dog’s behavior, especially the appearance of its eyes. 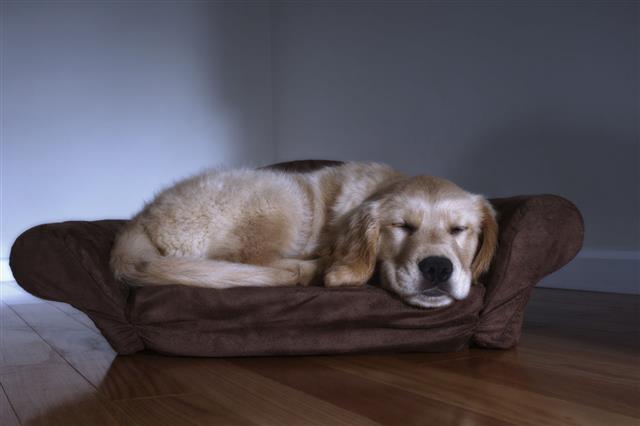 Redness or difficulty in closing or opening the eyes can be just a symptom of some other serious hidden disorder. Some of the common eye problems that affect dogs are listed here.

The inflammation of the white outer coating of the eye (called sclera) is known as scleritis. It is often contracted through some other underlying disease. Either one or both the eyes may get affected. The general symptom is the formation of red lumps in the eye. It should be treated well in time as a delay may result in loss of vision in the dog.

This is one of the common problems in older dogs. It is a clouding that develops in the crystalline of the eye. However, it may develop in the eye envelope as well. It obstructs the passage of light and brings partial to complete opacity in the eye.

The diseases that may lead to cataract are diabetes mellitus and microbial infections. It may also occur because of poor nutrition, injuries, and radiation therapy. It can result in impairment of vision. Veterinarians generally conduct surgery to remove it.

The front layer of the eye is called the cornea. It may get injured due to scratching, rubbing, or some other form of physical stress. This is called corneal ulceration. This particular eye problem is very painful and makes dogs squint their eyes.

Uvea is the middle layer of the mammalian eye. Inflammation of uvea is termed as uveitis. It is one of the common canine eye problems. The symptoms that indicate uveitis are excessive flow of tears, small pupils, formation of eyelid spasms, and increased sensitivity to light.

An abnormality in the development of the retina is known as retinal dysplasia. This occurs due to injury, toxins, viral infection, and malnutrition. There is no visual symptom of this problem. Only ophthalmological examinations can expose this defect. Thus, a regular medical examination is very helpful in keeping it at bay.

Jaundice is the presence of bile in the blood. It causes yellowing of the skin. Since eyes also contain blood vessels, they turn yellow during jaundice. There can be several reasons behind its occurrence. The most prominent ones are hepatitis, pancreatitis, and gallstones. The eye problem usually goes away with the treatment of jaundice.

This is one of the rarest canine eye problems. It is the abnormal growth of lashes from the orifices of the meibomian gland that is present on the posterior side of the tarsal plate. It often occurs when two eyelashes grow from a single follicle. It causes intense irritation of the eyes.

Glaucoma is a condition in which the pressure in the eyes increases due to an obstruction that hinders the outward flow of fluid from the eye. This disease is symptomized by enlarged and cloudy pupils and eye redness. If you notice such symptoms in your dog, take him/her to a veterinarian as soon as possible.

The condition in which the eyelids fold inward is medically termed as entropion. The eyelashes rub against the eyeball continuously. It makes the condition highly uncomfortable. It has been reported in many dog breeds, however, it is very common in boxer dogs.

In each of the mentioned eye problems, veterinary help is a must. Add green leafy vegetables, carrots, parsley, sunflower seeds, dark-colored fruits, and sesame seeds to your dog’s diet. This will prove to be of great significance in the long run.