7 Exotic Pets That are Easy to Care for

Exotic pets are often considered very difficult to maintain. However, there are many that are, in fact, very easy to care for. Read on, to know more about exotic animals that can be easily looked after.

Exotic pets are often considered very difficult to maintain. However, there are many that are, in fact, very easy to care for. Read on, to know more about exotic animals that can be easily looked after.

The import of many exotic animals for the pet trade is banned in the U.S. However, breeding programs for many of those animals have been initiated through animals that had been imported before the law came into place. Just make sure that you are buying from a legal, licensed breeding program so that you don’t inadvertently hurt the wild populations of your pet.

Exotic pets have collectively earned a reputation for being fussy, dangerous, and tough to look after. True to name, many, such as most pythons, big cats, and primates are very risky and require an extremely dedicated and attentive owner.

However, there are many exotic pets that are very easy to look after. The term ‘exotic animals’ conjures up images of ferocious and large animals, and keeping them as pets is considered extremely dangerous. However, that is not always the case.

There are many exotic pets that don’t require a creepily dedicated owner, and are happy to just go about their own business with minimal fuss and distraction to society. Most are, contrary to popular misconception, not dangerous to humans. They don’t need much supervision or medical aid, and their diet is easily manageable within a typical budget.

Here is a list of some exotic pets that are very easy to care for, even for an absolute novice.

Snakes are often feared as bloodthirsty, cold-blooded (which they are, technically) killers, but the reality is that they are very specialized hunters who are, almost without exception, very much scared of full-grown humans. While keeping venomous snakes as pets is not a smart decision, nonvenomous snakes are quite easy to care for.

Corn snakes, in particular, are nonvenomous and naturally very docile. They are also reluctant to bite, which works out well for a pet owner. Their colorful variations are appealing, and they can be fed pinky mice regularly. They live for up to 20 years, so you may need to make a long commitment. However, this also means that you don’t have to tell your kid that the snake went to “live in a beautiful farm”, since they will have grown up by the time it dies.

Corn snakes and leopard geckos are the best of the lot when it comes to low-maintenance pet reptiles. 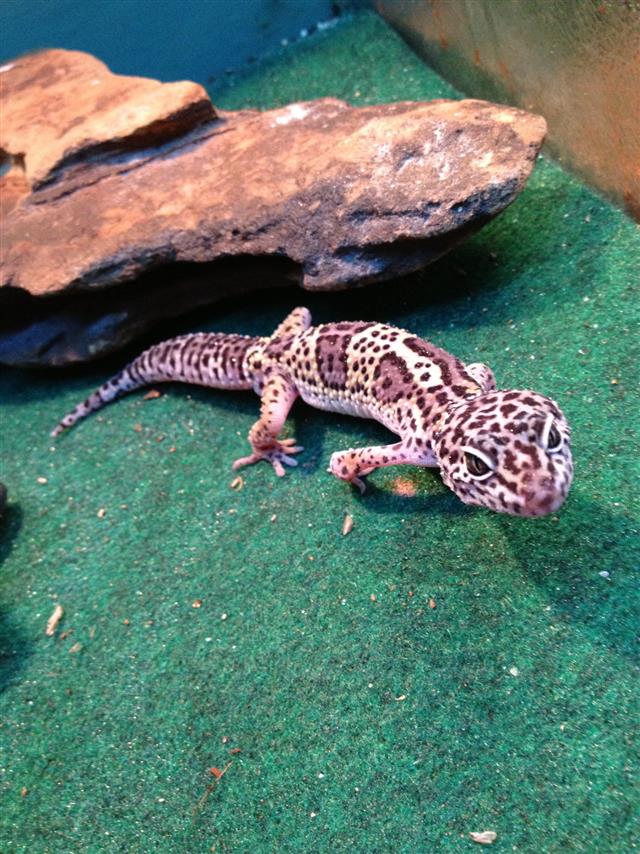 Leopard geckos are one of the few reptiles who like being handled by their owners. They can be fed easily procurable vegetables and insects. They can manage some of the latter on their own as well, which would also lessen the number of insects in your house. They are quite small―up to 20 cm long, and weigh up to 60 grams―but resilient. Like corn snakes, leopard geckos can live up to, or even more than, 20 years.

Related to the more famous kangaroos, wallabies are Australian marsupials, and look just like miniature kangaroos. While some species of wallabies can be big, some, such as the Bennett’s wallaby, cause no problems with its size. They are less than a meter tall, and live for up to 9 years. They eat vegetables and foliage of various kinds. The only condition for keeping wallabies is that they need a large yard.

Frogs are a quite recent addition to the pet trade. These tree-dwelling amphibians don’t demand constant attention from their owner, and can largely take care of themselves. Tree frogs have quite an appealing color scheme as well. Frogs are amphibious, and require a moist habitat with a few fake trees, and easy access to water. If you can give them that, these critters will quickly hit it off with kids. Crickets and mealworm sprinkled with nutrient powders are the ideal diet for them. They live for about 5 years, though longer lives have been observed in captivity.

This may well be the cutest pet on this list, and is definitely the cutest fox in the world. It is about 8 inches tall, and about twice as long. Their large ears, which add to their appeal, are actually meant for living in the desert. The large surface area of the ears means that the fox can easily lose heat through them. Another desert adaptation that helps them become good urban pets is their tendency to retain water. This means that their droppings are dry, and can be cleaned very easily.

As a pet, these foxes are rather like small dogs, but less possessive. They are not completely domesticated, but become very tame if they are raised by breeders, and grow to be moderately affectionate of their owner. They can live for more than 12 years, if properly cared for.

The sugar glider, another resident of Australia, looks like a small flying squirrel, but the two are not related. Keeping it as a pet is controversial, but the U.S. has many breeding programs for this popular animal, and as long as you make sure that yours is from one of those, there is no reason to trouble your conscience.

In captivity, they can live for up to 17 years, though 10-12 is the norm. Attention needs to be given to their calcium intake. Low calcium intake, which affects their rear limbs the most, is a widespread condition in pet gliders. They usually love mealworms and other insects, and also eat common fruits and vegetables. They are very social creatures, and should be kept in a group.

A deer may not be everyone’s first idea of a pet, but actually, the muntjac may not be everyone’s first idea of a deer! A bit larger than a cat, these deer are at home as much in the natural wilderness as in an urban one. These become extremely affectionate towards their owners. The only problem with this critter is its instinctual chewing habit. If you manage to get that under control, this will be a prized pet. They live for more than 15 years, and a lifespan of more than 20 years is quite common.

These were some exotic pets that are quite easy to look after. As you can see, not all exotic pets are large and ferocious. Most are completely harmless, most are quite small, and many are positively adorable! Once you get these animals home, look after them for as long as they need to. If an exotic animal is released into an alien ecosystem, it will either not be able to exploit its new environment like its native counterpart, or it will thrive due to the lack of niche predators, and will become a nuisance to its adopted homeland.