It is not fun to see your cute and adorable dwarf hamsters fighting. But why do they fight in the first place? Or is it just 'fun' that they are having? Is it dangerous for them? 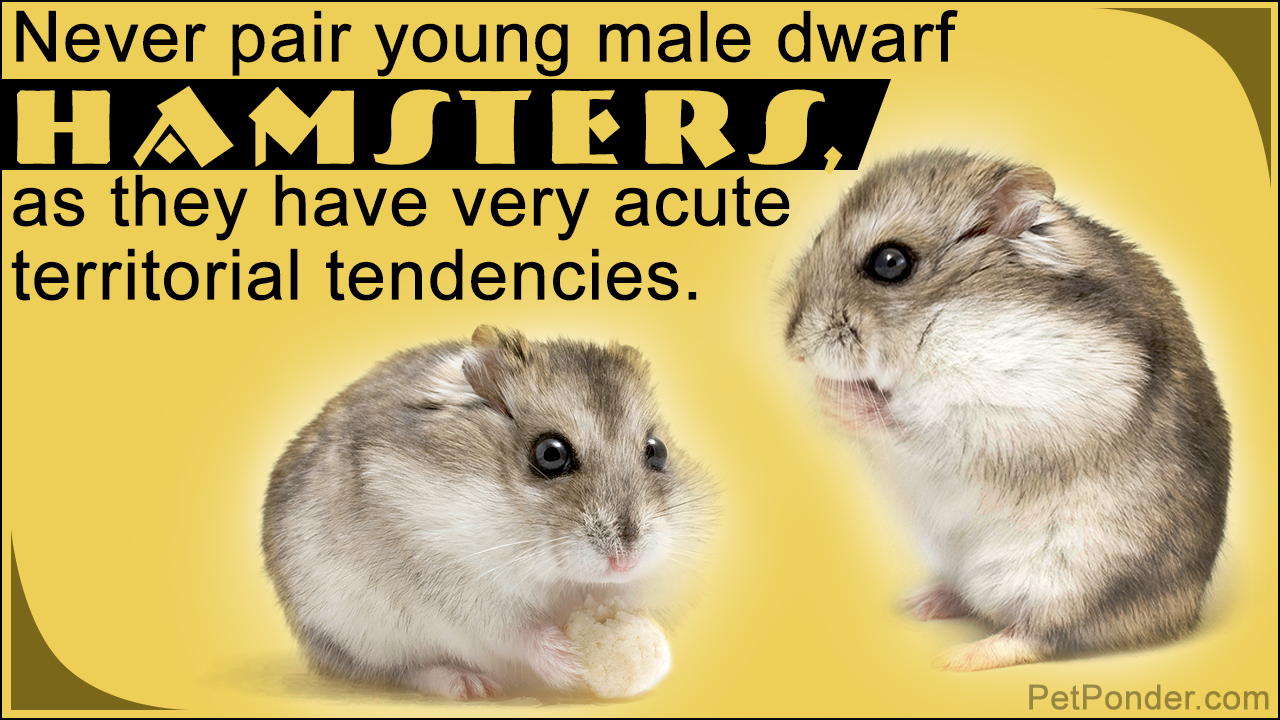 It is not fun to see your cute and adorable dwarf hamsters fighting. But why do they fight in the first place? Or is it just ‘fun’ that they are having? Is it dangerous for them?

Endearing and lovable that they are, it’s no surprise that hamsters have won every pet lover’s heart. But most hamsters have been found to be notorious for being over aggressive and even resorting to physical struggle. Most of the time, this fighting is harmless … just their way of having some fun. Serious fighting though, cannot be ruled out; despite the fact that dwarf hamsters are not as aggressive as other hamster species.

Interaction between dwarf hamsters mostly includes squeaking and chasing one another, rolling around, and enacting a fight whilst ensuring that they don’t harm each other. However, when a fight turns serious, it becomes pretty obvious. It is necessary to immediately mediate in such a fight, since its outcome can vary from minor scratches to serious cuts, which may even result in death.

Hamsters are very territorial by nature; males especially. They closely guard and fiercely defend the territory they consider their own. Their territorial behavior surfaces when you introduce a new dwarf hamster into the enclosure. This is usually the time when a fight breaks out. Even when new hamsters are introduced for the purpose of breeding, they tend to think that there is an invasion and try to defend their territory.

The solution to this problem is quite simple. If you want to add a new hamster, introduce it along with the old one in a neutral territory. Just relocate the old one to an enclosure where it has not been living. It is not necessary to get a new cage, you just need to make an illusion that the cage has been changed. Hamsters usually scent mark their territory. Clean the old cage thoroughly so as to remove the scent left behind and the hamster will fail to recognize his old dominion.

Another solution is ‘divide and rule’. Just partition the old enclosure using a net or mesh and let them not interact for some time. The two hamsters will avoid each other at first, but when curiosity takes over, you will see them sniffing and checking out each other near the partition. Once you feel they are comfortable with each other, you can do away with the partition. This, however, is not a risk-free solution as it is difficult to predict if the hamsters are really get along with each other.

Overcrowding is yet another common cause for dwarf hamster fights. These rodents need their space. If they are stuffed up into a small space, the enclosure gets too cramped and tempers flare. In this case, the only solution is to provide them enough space and let them enjoy some privacy by making a hiding place or a burrow-like structure inside the cage. Chinese dwarf hamsters are considered very social, but overcrowding is considered a major cause of infighting in this species.

Some hamsters exhibit a very anti-social behavior. They just don’t get along with others and in such cases, you need to be careful before pairing them. Never pair two younger males, as they have very acute territorial tendencies. Pairing females can be a good option as they are more tolerant. In females, fighting is observed only when they are nurturing offspring. 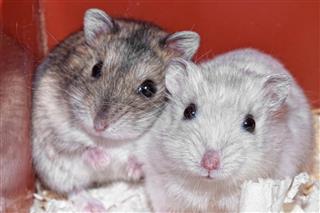 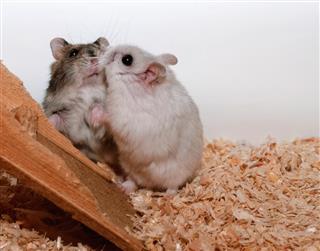