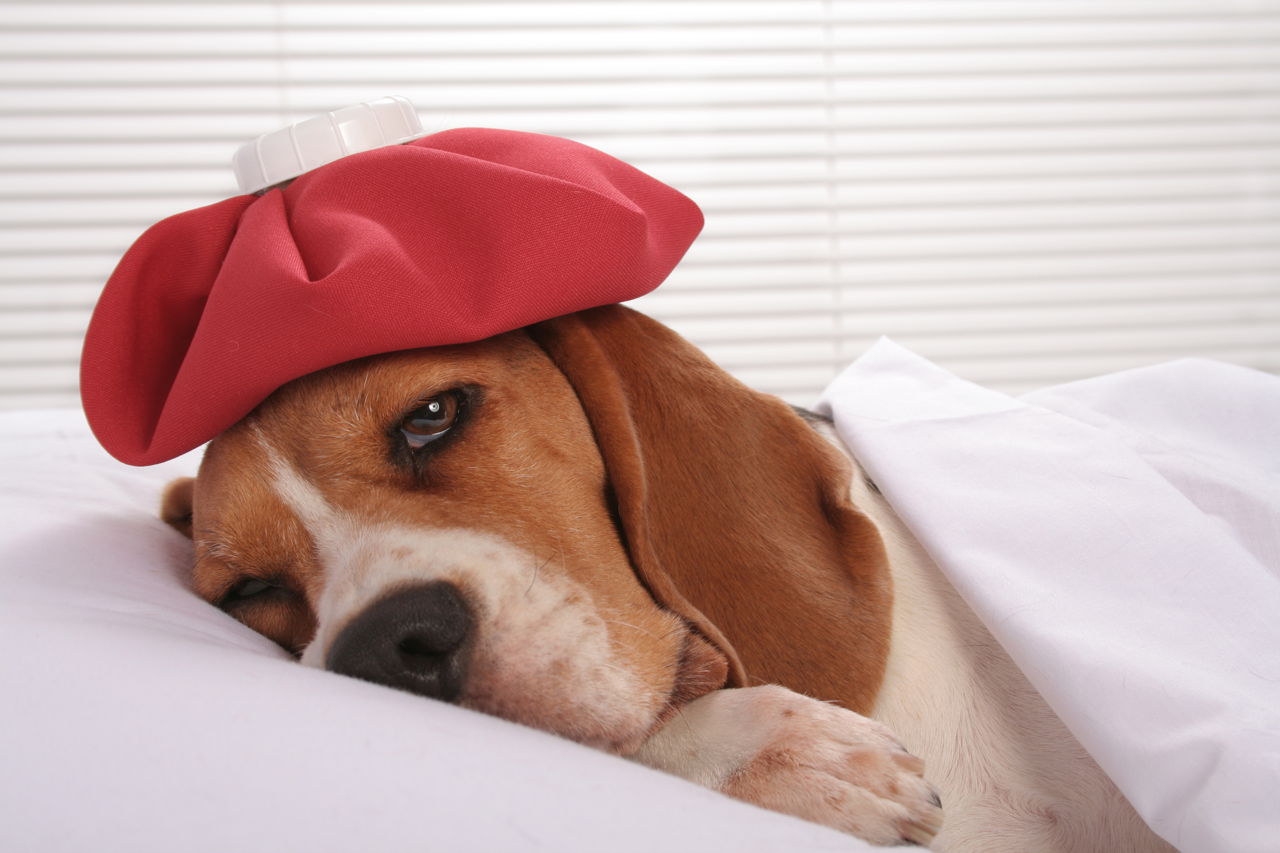 Canine influenza or dog flu is caused by the influenza virus A, which is known as H3N8. It is an airborne virus, and so, it gets transmitted by coughing or sneezing. This highly contagious virus can also spread through direct contact with the nasal secretion of the affected dog.

Influenza is generally not a very serious health problem. A dog infected with the canine influenza virus usually recovers within a short period time. However, the affected dog can experience several flu symptoms, until it recovers completely.

The symptoms of dog flu have been observed to mimic the symptoms of a very common canine illness, known as kennel cough. Therefore, the flu symptoms can be mistaken for kennel cough at times. However, the cough caused by influenza lasts longer than the typical kennel cough, and it can be accompanied by several other symptoms.

Usually, the dog flu symptoms appear within 2 to 5 days from the initial exposure to the virus. Sometimes, an infected dog may not exhibit any sign of infection, but remains contagious. Such a dog can spread the virus for several days or weeks. Sometimes, a secondary bacterial infection can also develop, which can cause pneumonia.

The most commonly observed symptoms of canine influenza are:

Canine influenza is not a serious condition. However, the condition can become serious for puppies, frail or aging dogs, and dogs with a weakened immune system. Such dogs are more likely to develop secondary bacterial infections, and the associated complications. Usually, veterinarians use antibiotics to treat and prevent secondary bacterial infections.

If canine influenza is not very serious, and is accompanied by mild cough and other flu symptoms, then it can be managed easily. Cough suppressants are generally recommended to control the cough associated with dog flu. Dogs usually get a low-grade fever due to influenza. But if they develop high fever, then it can be an indicator of secondary opportunistic infections. In such a situation, immediate hospitalization can be required.

Dogs with high fever can also require intravenous administration of fluid and antibiotics. Recently, a vaccine has been developed to prevent canine influenza. In June 2009, the first dog flu vaccine was approved by the United States Department of Agriculture (USDA), and Animal and Plants Health Inspection Service (APHIS).

The mortality rate for dog flu is very low, around 5%. The most adversely affected breed is the Greyhound dog. In order to prevent the spread of this contagious disease, the pet owners need to remain vigilant. They should be more careful with young puppies, as they are more likely to develop the complications associated with influenza. Pet owners should take every possible measure to keep their dogs away from dogs exhibiting the symptoms of flu. While traveling, you can keep your dog in a boarding kennel, provided it is a reputed one.

Similarly, it is also important to keep your dog away from other dogs, if it exhibits any of the aforementioned signs of influenza. So, do not take your dog to places like a boarding kennel or a doggie day care, where it would be around other dogs. This will help prevent the transmission of the disease. Lastly, along with proper treatment, it is also essential to give your dog healthy food, to ensure its faster recovery.