In this world of mix breed dogs, it sometimes becomes difficult to guess the parentage of a hybrid pup. One of the clear indicators of this is supposed to be the tail.

In this world of mix breed dogs, it sometimes becomes difficult to guess the parentage of a hybrid pup. One of the clear indicators of this is supposed to be the tail. 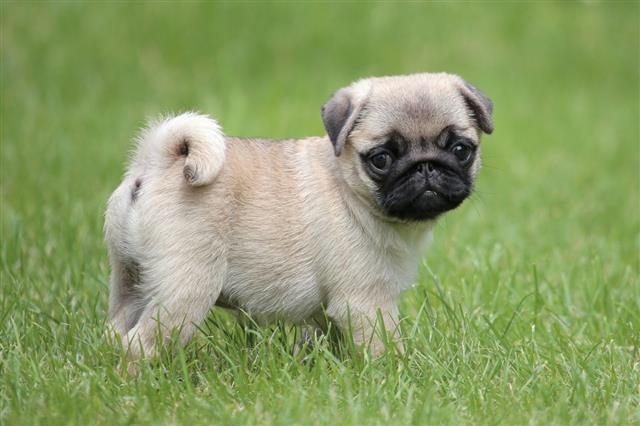 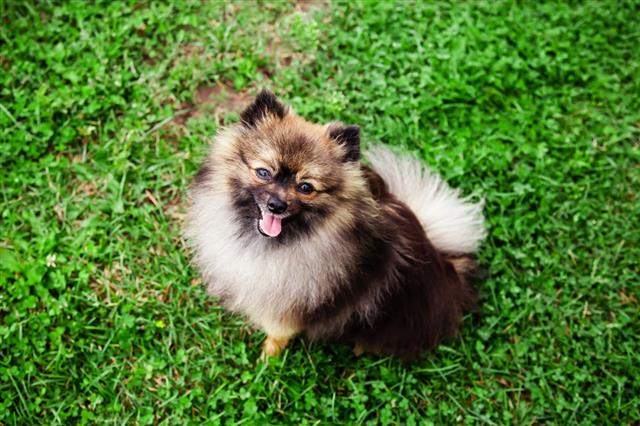 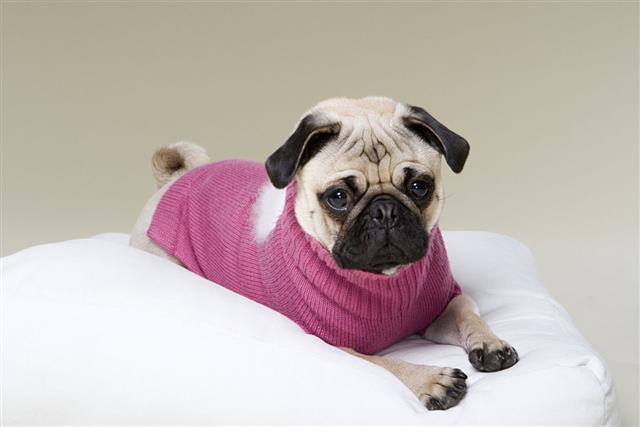 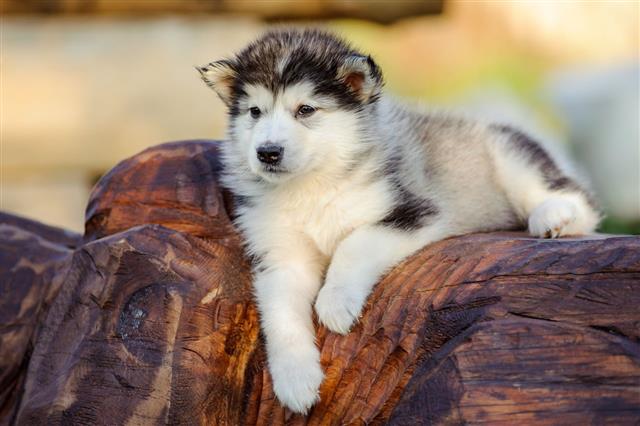 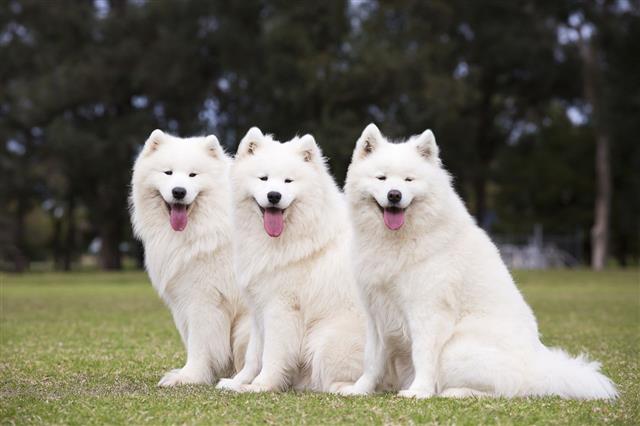 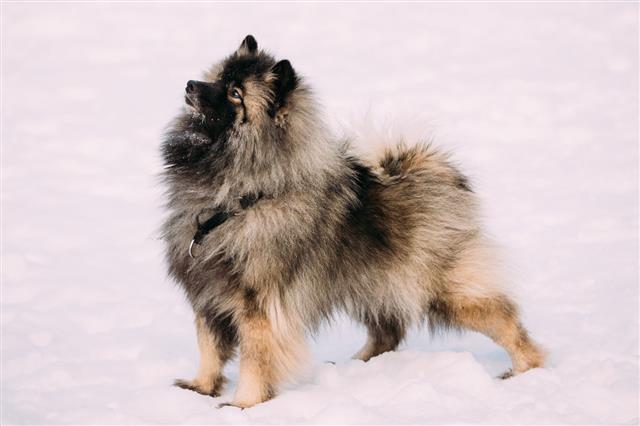 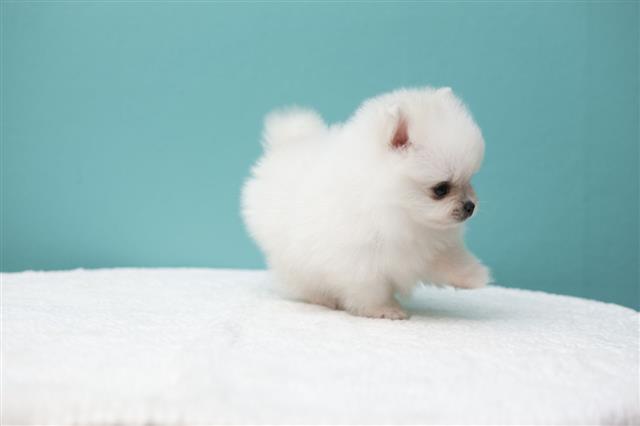 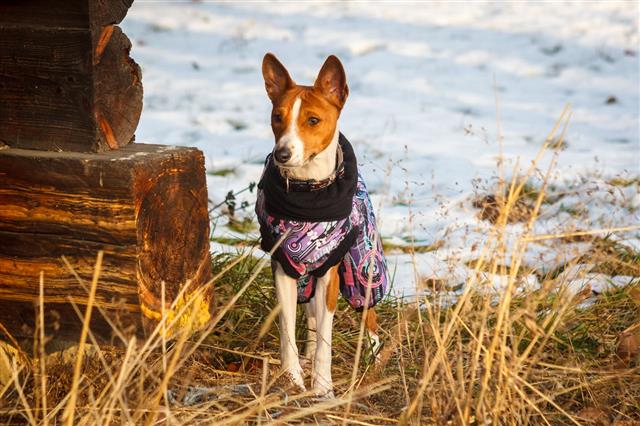 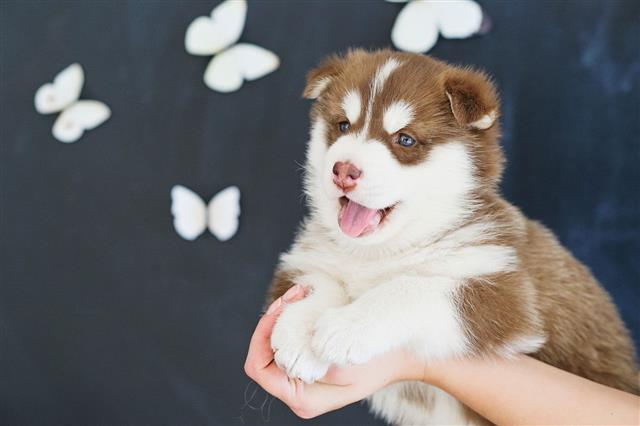 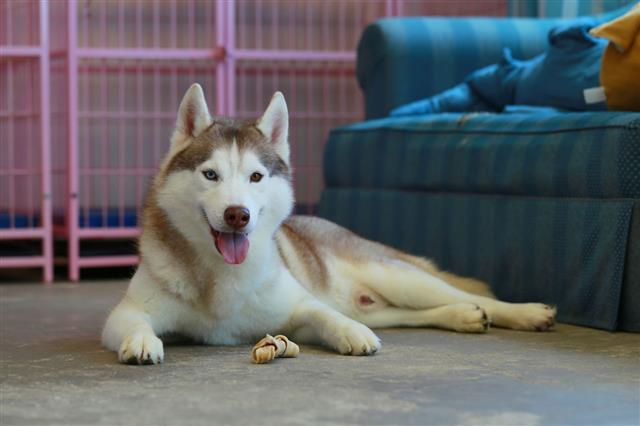 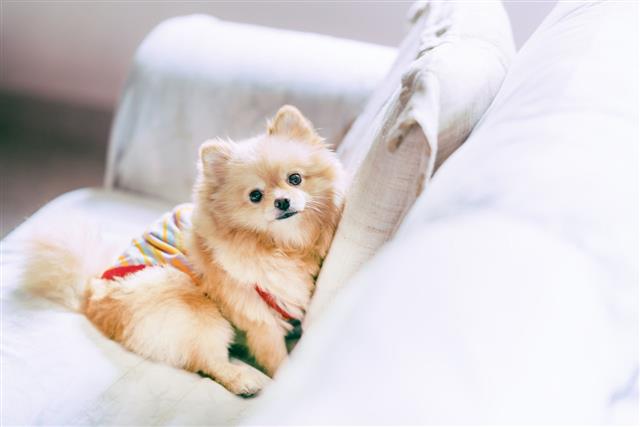 Sledding dogs like Huskies and Malamutes have curled, sickle-shaped tails to wrap around their face while sleeping, to keep themselves warm. Strangely, the Chihuahua also has a sickle-like tail, although it is neither used as a sled dog, nor is it related to any!

You must be familiar with the popular saying, ‘A dog’s tail can never be straightened’. Although the saying does not literally refer to dogs, that is how we will be using it here. Among the many different types of dog tails is the curled style, the one that goes around itself and sits pretty on the dog’s rump. Curled tails were specifically developed back in the day, when dogs were used for hunting and herding. They facilitated both, the dog and the owner. With time, the purpose diminished, but the style remained.

A tail is actually an extension of the spine, with flexible vertebrae. It helps the dog in more ways than we can imagine, balance for one; or even for swimming. No matter what the tail looks like, or how big or small it is, it is very important for the dog. The following paragraphs list some of the most popular dog breeds that have curled tails, which give the dogs a unique appearance. But first, let’s see what a wagging tail entails.

The Tale of The Tail

Did you know that a dog’s tail is actually a very good indicator of its mood? Extensive research shows that the direction in which a dog’s tail wags can tell you whether it is feeling nervous, jubilant, or hostile! Studies have proven that when a dog wags its tail from right to left, it recognizes you. But when the tail is moving from left to right, it means that the dog considers you a stranger, and is unsure of you.

A happy tail wag includes not just tail movement, but an entire dance performance. A happy dog will move its entire behind, like it is trying to do the twist! The tail will also be moving rapidly, almost at level with the body, and sometimes in circles!

An unsure tail wag is more of a tail flick, held low, and moving slowly. When you see a dog do this, you should not approach it as far as possible; either let it come to you or carry on with its own thing. If you interfere, you run the risk of getting bitten. This is not the case with just straight-tailed dogs. Those with curly tails also display similar signs. Only that in many cases, the tail becomes more curled instead of straitening out.

This small and very cute mutt has an even cuter tail. Do you know what it is called? Not curly, not twisted, but ‘corkscrew’! Yes, the same thing that you open a wine bottle with! It is safe to say that the Pug’s adorable-ness lasts right till the end!

This is a very cute dog, with an even sweeter disposition. And what can you say about its tail; it tends to come and go as it pleases! The Keeshond has so much fluff, that when its tail really gets down to some serious curling, it blends in with the rest of the dog!

Also called the Eurasian, this is a beautiful pooch, with a long, soft fur, and very expressive eyes. Belonging to the Spitz group, it has German origins. Apart from its loving nature, what makes it adorable is its upturned tail.

This firecracker of a dog is a popular companion to many. Don’t be fooled by its size, it is infamous for being a barker, which makes it an excellent watchdog. Hailing from Germany, it has royal roots. It was first introduced as a show dog by Queen Victoria in the 19th century.

This is not just a breed of dog, but also an entire category! Also known as the American Eskimo Dog, this pooch is believed to be one of the first canines ever! It is cuteness personified, with a small body, soft fur, and a curled tail.

A popular pet, it was originally bred for being a fighting dog, which is probably the story behind its tail. Known as the Akita Inu, it hails from Japan. A formidable-looking dog, it loves its family dearly, and will do anything for them.

This is a smaller version of the Akita – height, weight, and tail! Getting a Shiba is as good as getting a cat, because this dog is a cleanliness freak, to the point that it will side step any dirt to keep its paws from soiling! And you thought dogs were high-maintenance!

This dog is so popular that it is found all over the world! Although it was originally meant to be a sled dog, it is now a very beloved pet. The curled tail of this dog was meant to keep its nose warm while sleeping in the cold weather. Handy, and looks very cute too!

A pooch that is similar to the Husky in many ways, the Malamute is still extensively used in sled pulling. And again just like the Husky, it uses its curled tail to cover its face while sleeping. The dog sleeps in a ‘C’ shape, and then wraps its tail around the nose to complete the circle!

This is one beautiful dog that looks like snow! Originating from Germany, it is now popular as a companion dog the world over. Its tail tends to merge into its body when curled completely. Then it becomes one big ball of fluff!

This dog has a tail that runs almost parallel to its back! Also called the ‘barkless dog’, it has a tendency to yodel; it is also known to mimic the barking sounds made by other dogs! What a unique pooch, tail and otherwise.

This is one happy pooch, which looks like it is always in on some joke. It is also called the ‘smiling dog’. White and soft as snow, it holds its tail proudly high, albeit curled, and has a regal air about it. It is a very popular pet.

Curled tail, a blue tongue, and a big mane of hair that make it look like a lion – these are some ways to describe the Chow Chow. It originated in China, and is a very well-known breed today. It is bright, smart, and innately curious, along with being loyal, loving, and protective. What more could you ask for?

These were some dog breeds having curled-up tails. Some other popular names that fall in this category are the Finnish Lapphund, Swedish Lapphund, Tibetan Spaniel, Icelandic Sheepdog, and the Norwegian Elkhound. But honestly, does it really matter what your dog looks like, when you have so much love to go around? 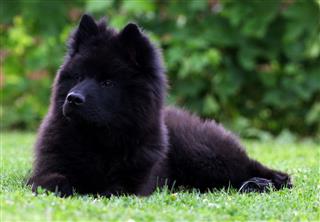 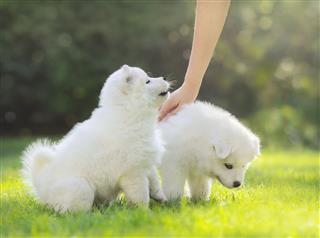 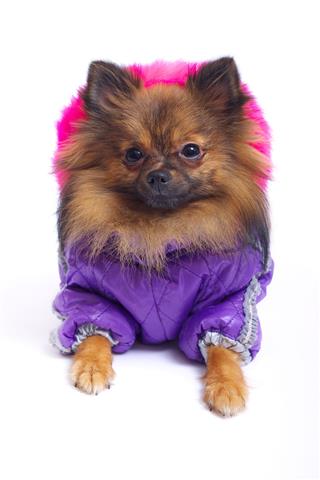 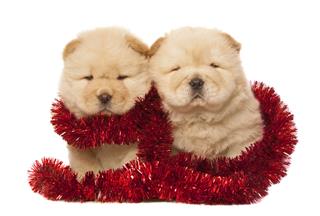 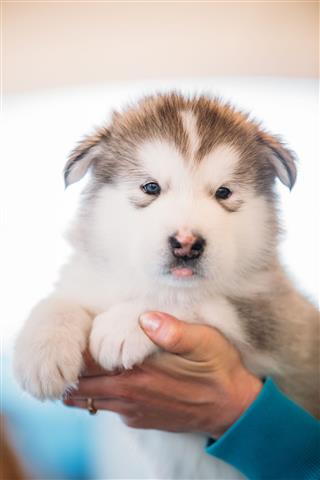 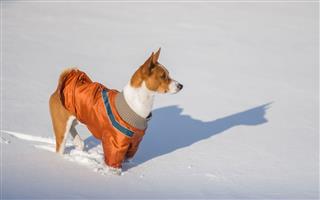 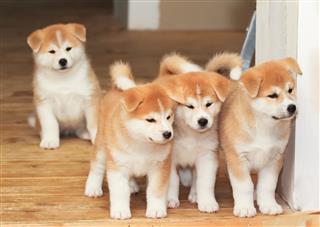 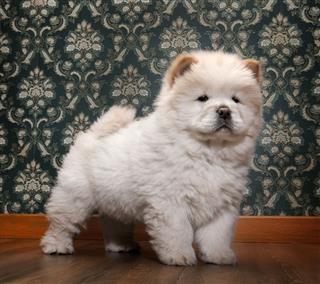 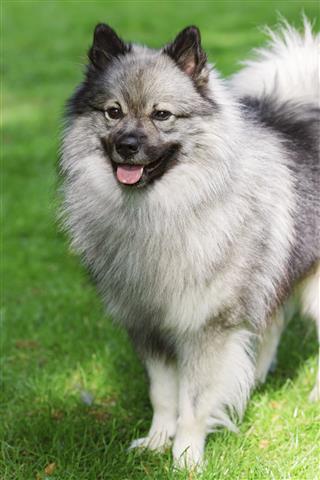 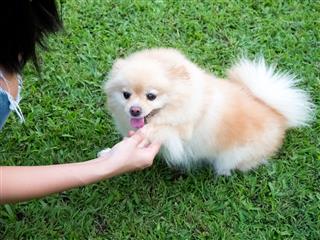