Submissive urination is a common problem in dogs. While it is a natural and essential behavior in the wild, it needs to be corrected in domesticated animals. This DogAppy article tells you how to correct it in dogs. 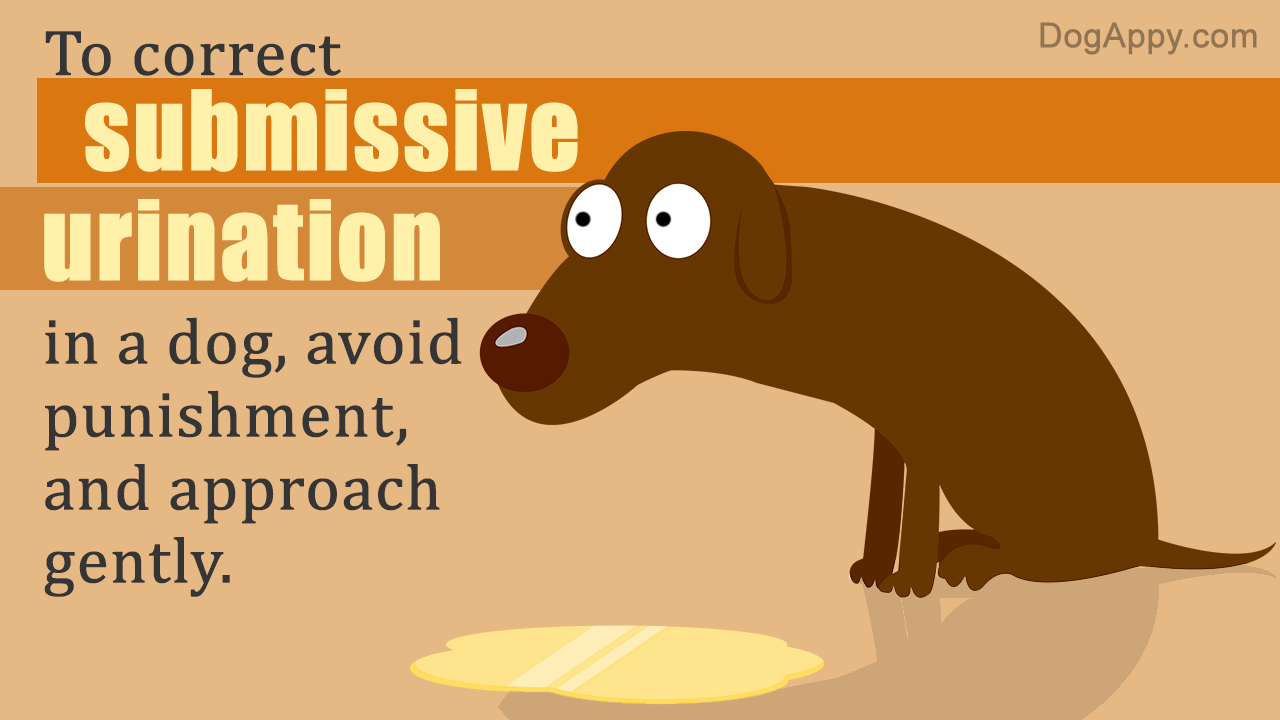 Submissive urination is a common problem in dogs. While it is a natural and essential behavior in the wild, it needs to be corrected in domesticated animals. This DogAppy article tells you how to correct it in dogs.

The Medium Is Not The Message!

Peeing is not just a bodily function in the animal world; most animals use it as a vital means of communication. Interpret and respond to the message behind submissive urination. The dog attaches a different connotation to the action than you.

Submissive urination, as the name suggests, happens when the dog wants to show its submissiveness. It is an instinctive behavior, and if not practiced in the wild, can lead to the dog being attacked by the head honcho of its pack.

The first thing to check when encountering submissive urination is whether the dog has any physical disorders that force it to urinate, or cause incontinence. Urinary tract infections can cause unintended urination.

If it is a puppy, it may simply be a physical problem. Like toddlers, puppies take some time to learn where it should do its business. Insufficiently trained puppies aren’t to blame for the inconvenience they cause to their owners. Also, if the puppy is less than 3-4 months old, it simply may not have developed enough control over its urges, and it just may not be able to ‘hold it in’ yet.

Once you make sure that biology or your pet training isn’t to blame, move on to correcting the behavioral problem.

How To Correct Submissive Urination

The first thing you need to do is not punish the dog for submissively urinating. Punishment and scolding is exactly the kind of situation that induces the behavior. The dog respects you as the leader of its pack, and is trying to tell you that it accepts the hierarchy. If you punish it, what it will glean is that you are displeased with him (which you would be, but not in a canine way), and will further try to reaffirm your dominance with―you guessed it―even more submissive urination.

Instead, just ignore the behavior, and clean up the urine without any fuss. Do not look at the dog, or touch him when he submissively urinates. Don’t make frustrated faces, or even scold the dog for it. If you get frustrated and shout at it, the dog will take it as a sign that you are not pleased by its submission. This will, of course, make it want to continue to submissively urinate. If you ignore it, dogs simply grow out of it.

Crouch or squat when approaching it. Don’t pet it on the head. Instead pet it on its neck or chest. This will make you look more inviting and less dominating, which will reduce the dog’s desire to show its submission.

Dogs may also urinate when they are excited to meet strangers, or to play with you. This behavior can also be weeded out by simply ignoring it. They can also urinate in your absence, indicating separation anxiety.

Gain the confidence of your dog, treat it with love, and you will gain a ridiculously loyal, fun, forgiving friend for life.