A chocolate Labrador is a homely and friendly hunter dog. Once considered the ugly duckling of all Labrador types, today they are highly coveted, and considered to be the most beautiful of all.

A chocolate Labrador is a homely and friendly hunter dog. Once considered the ugly duckling of all Labrador types, today they are highly coveted, and considered to be the most beautiful of all. 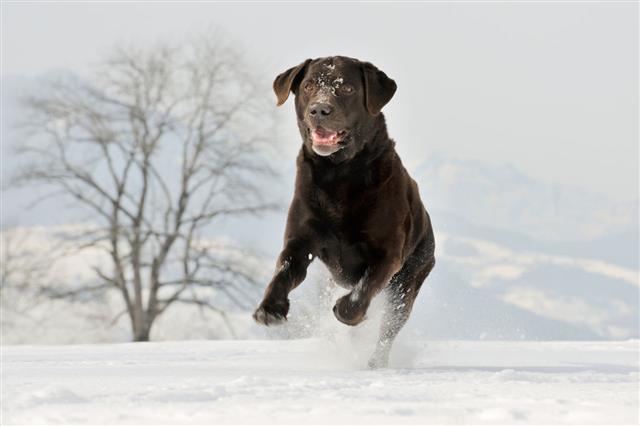 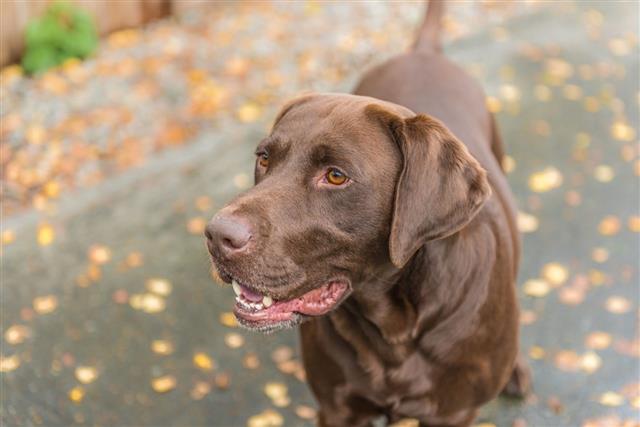 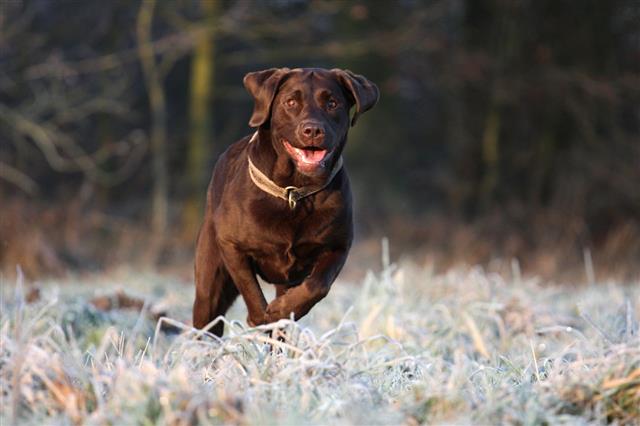 A Labrador is a dog breed that was originally found in Newfoundland, Canada in the eighteenth century. This breed of dogs is commonly referred to as “Labs” or “Labby”. An English kennel club first recorded their nature and habits. This breed was imported to England in the beginning of the nineteenth century. The Earl of Malmesbury coined the name “Labrador” in 1887. They are used as hunting, guiding and search dogs.

Why Labrador Retrievers are Popular

Labradors come in three colors, i.e., chocolate, black, and yellow. They are intelligent dogs that are friendly and gentle. These characteristics make them great pets for households with children and infants. This is one of the most popular family dogs in the US and Canada. Labradors love the outdoors and splashing in shallow water. This is the reason why they often accompany their owners on fishing trips, helping fishermen pull their fishing nets, and getting the fish that escape the net back!

A chocolate Labrador is a medium-sized, swift runner. This could be the reason for it being used as a retriever dog. An attractive feature is its short, thick, and water-resistant coat. Other features are its strong and powerful jaws, soft, friendly eyes, “otter” tail and broad-backed skulls. It is not only intelligent but also has a good temperament which is a good combination of gentle and playful!

A fully-grown male chocolate Labrador is somewhere between 22 to 24 inches tall. A female is about 21 to 23 inches tall. The approximate weight of a male is around 65 to 80 pounds, while a female can weigh anywhere between 55 and 70 pounds.

A chocolate Lab has a strongly built body with a muscular neck and strong back. Its body shows the flexibility of an athlete. The tail is very thick at the base and tapers towards the tip. The tail is considered as the most distinguishing feature of this breed. The nose of a chocolate Lab is dark brown. Another notable feature is its ears. They hang close to the head, just above the eye level. It has a pair of friendly and kind-looking chocolate-colored eyes. Its body is covered with a soft, water-resistant coat. The color may vary from dark chocolate-brown to light brown.

-If you spend a lot of time away from home and if it is not possible for you to constantly keep an eye on your pup, it would be a wise idea to keep the puppy confined to a small area in your house, such as a bathroom or a small area of the utility room.
-A pup is like a baby. You need to provide it with a comfortable bed and leave a bowl of fresh and clean water nearby. If it is teething, you could get the Lab a chewable pet toy.
-You should toilet train it while it is young. You could create a toilet area far from his bedding. Place a polythene sheet on that area so that the dog knows where it should go.
-You need to take the pup out for toilet breaks after every hour. Slowly, it becomes a habit and it will not soil the house. Remember, a pup is a bundle of energy and you have to be energetic as well as patient to train him to become the lovable companion that you wish for.

These were some tips which can help you in taking care of chocolate Lab. They are indeed one of the most loyal companions for a lifetime. 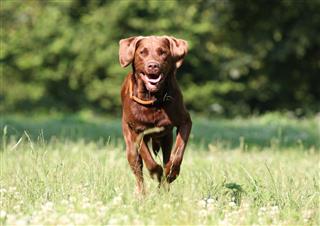 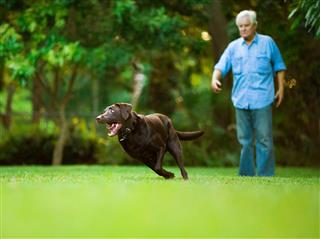 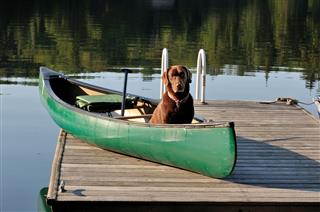 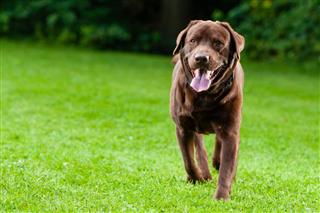 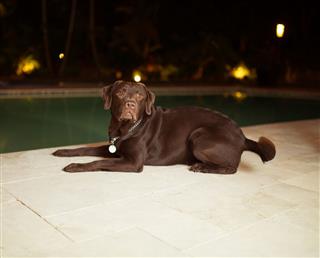 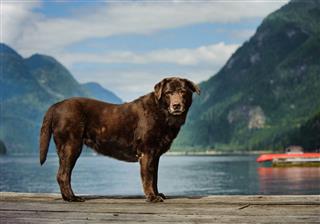 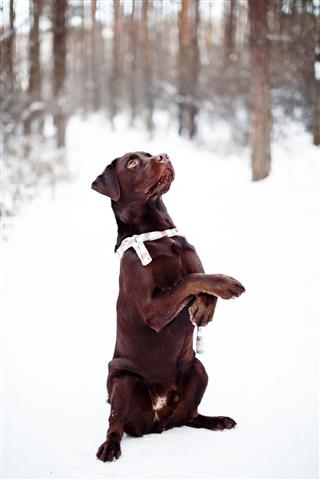 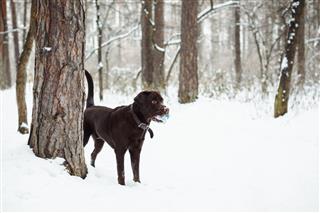 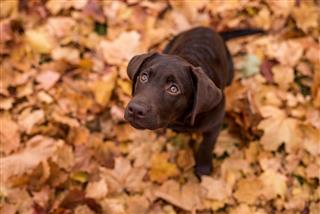 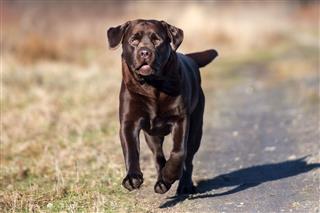 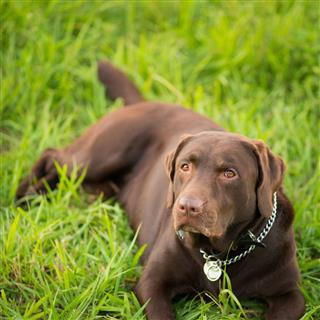 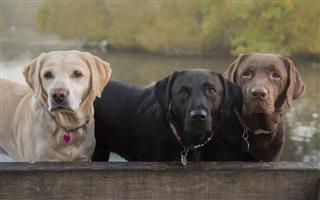 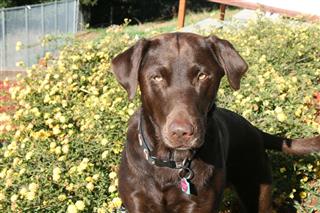 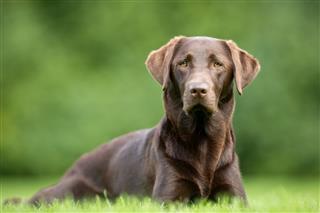 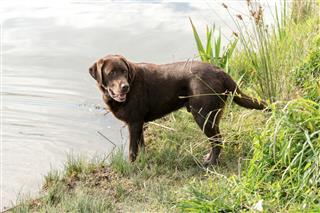 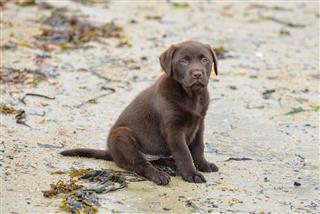 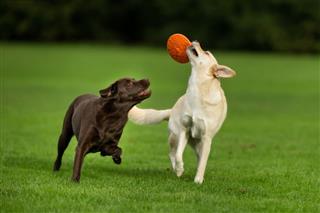