Chipmunk Habitat: A Peek Into the Unexpected Places They Dwell In

Chipmunks belong to the elite lot of animals that have made it big in Hollywood and thus, need no introduction. What's puzzling though, is the fact that most people are unaware of their habitat, and that might have something to do with us being so used to seeing them in urban areas.

Home / Pet Types / Rodents / Chipmunk Habitat: A Peek Into the Unexpected Places They Dwell In

Chipmunks belong to the elite lot of animals that have made it big in Hollywood and thus, need no introduction. What’s puzzling though, is the fact that most people are unaware of their habitat, and that might have something to do with us being so used to seeing them in urban areas. 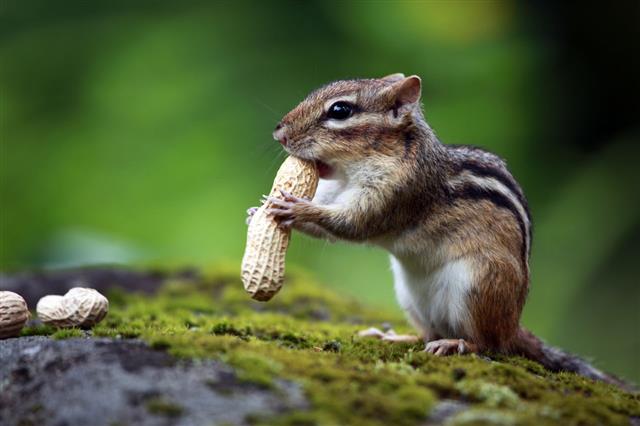 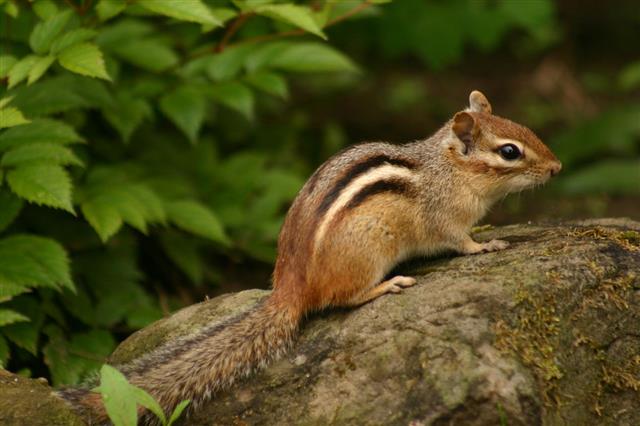 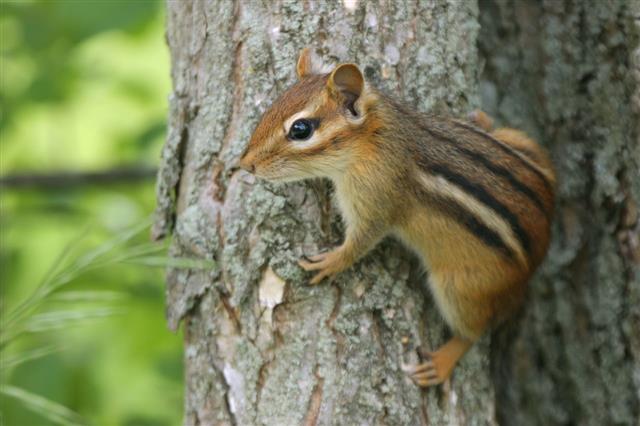 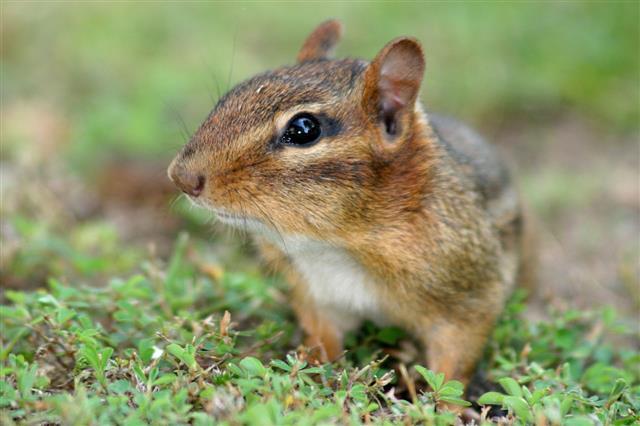 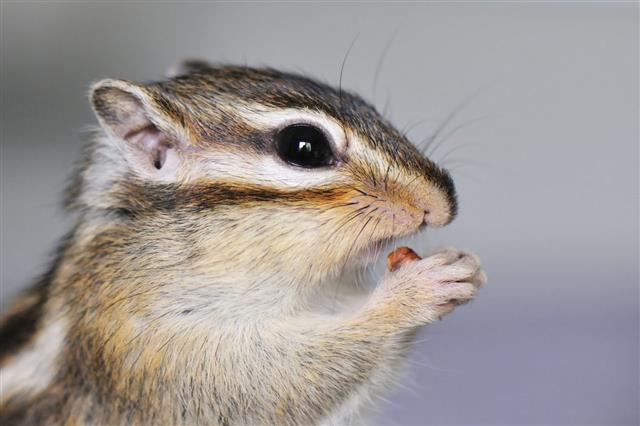 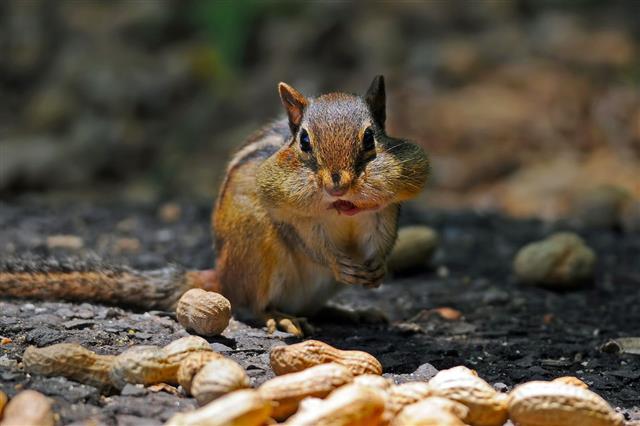 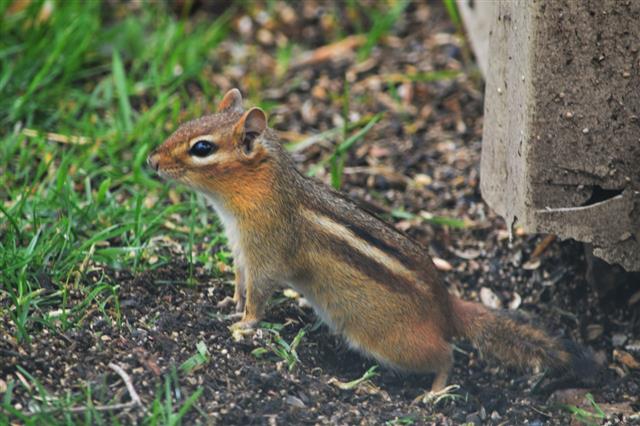 The Siberian chipmunk (Eutamias sibiricus) is the lone species of chipmunk found outside the continent of North America.

Did you know that the chipmunks are called so because of the chipping noise they make with their teeth … or that these squirrel-like rodents communicate by resorting to sounds, body posturing, and scents? If you weren’t aware of these basic facts about chipmunks, it’s highly unlikely that you must have ever taken any interest in their habitat, which―by the way―is one of the most interesting attributes of their life.

Of the 25 chipmunk species found on the planet, 24 are native to North America; the lone exception, the Siberian chipmunk is found in Asia. The geographic range of the Siberian species spans northern Asia, i.e., central Russia to China, Korea, and Japan. It has been also introduced in Europe. As for the species in North America, they are found throughout the length and breadth of the continent, right from Canada in the north to Mexico in the south. Of the 24 species found in North America, the Eastern chipmunk (Tamias striatus), Least chipmunk (Tamias minimus), and the Cliff chipmunk (Tamias dorsalis) are known to have a vast geographic range, and thus, a diverse habitat.

The habitat of chipmunks differs from species to species. In North America, chipmunks are found in diverse surroundings, ranging from montane and sub-alpine forests to shrubby deserts and areas at high elevation. The Panamint chipmunk (Tamias panamintinus), for instance, is found in the mountainous region of California and Nevada, which is known for its high temperature and barren conditions where no other species will probably survive. As they do not shy away from humans, they are also known to thrive in urban areas.

Species like the Least chipmunk and Colorado chipmunk (Neotamias quadrivittatus) are found in a variety of environment, including coniferous forests, deciduous forests, woodlands, and montane shrublands. In fact, the Colorado species is found in the Alpine tundra as well. Then there are species like the Buller’s chipmunk (Neotamias bulleri), Sonoma chipmunk (Tamias sonomae), and the California chipmunk (Neotamias obscurus), which have a limited range, and thus, relatively less diverse habitat. As for the Siberian chipmunk, it usually inhabits woodlands with dense undergrowth. While chipmunks’ habitat differs from species to species, the basic preferences are most likely to remain the same.

Unlike squirrels, chipmunks spend most of their time on ground. Being omnivores, they feed on nuts, berries, seeds, and grains, as well as insects and eggs of birds. Chipmunks are food gatherers who collect their food and store it in their burrows as a backup for winter. Their burrows are complete with several chambers, which are joined by tunnels. Not all species are known to burrow though. Some species prefer to live on trees, among logs, or in bushes.

Chipmunks are solitary and highly territorial, with each individual having a range of half an acre. Adult males though, are only known to concentrate on the area around the burrow―roughly about 50 meters―when defending against an intruder.

All chipmunks prefer an area with large rocks, fallen logs, bushes, and dense undergrowth. This doesn’t just come handy when it comes to food storage, but also protects them from predators, like hawks, foxes, coyotes, and―in urban areas―the house cat. Chipmunks have adapted well to the climate of the regions where they are found. In order to save themselves from cold winters, they go into hibernation for several months, but unlike most of the hibernating animals, they don’t store fats. Instead, they rely on the food stored in their burrows.

Of the 25 species, the Palmer’s chipmunk (Neotamias palmeri) native to the Spring Mountains, Nevada, is enlisted as endangered by the International Union for the Conservation of Nature (IUCN), while the Buller’s chipmunk, endemic to Mexico, is enlisted as vulnerable. The remainder of the species are considered species of least concern, and some are even considered pests owing to their tendency to destroy lawn and raid bird feeders. 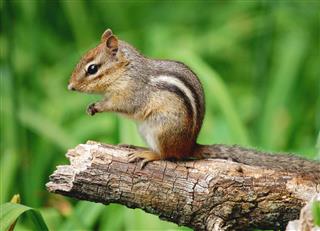 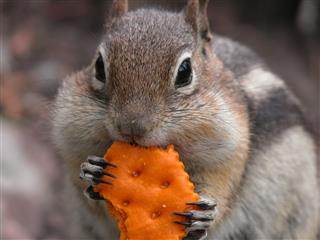 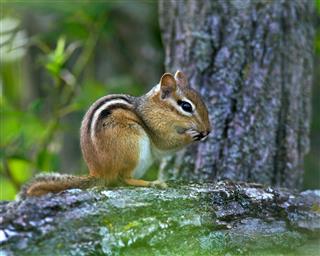 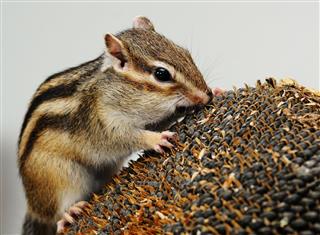 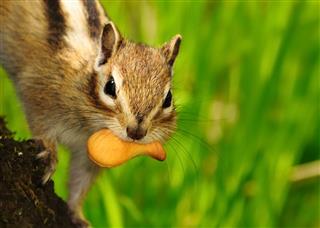 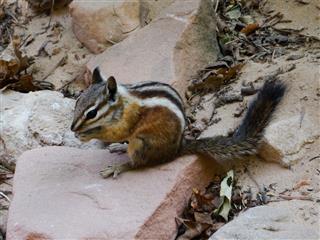 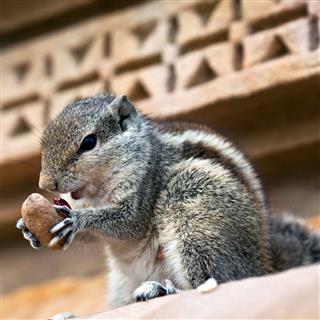 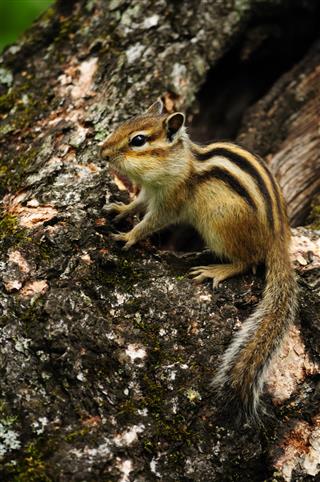 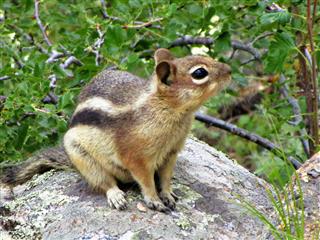 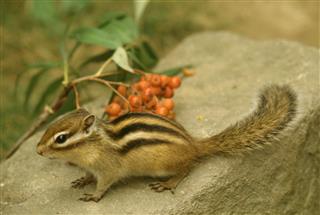 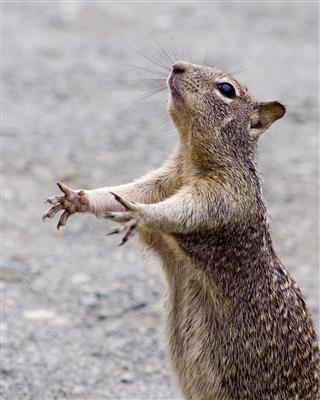