Facts About the Cutely Charming Chipmunks

There are several interesting facts about chipmunks that might interest an animal lover. Chipmunks are categorized under the class Mammalia and order Rodentia. These are members of the Sciuridae family. There are more than 20 species that can be found in North America.

There are several interesting facts about chipmunks that might interest an animal lover. Chipmunks are categorized under the class Mammalia and order Rodentia. These are members of the Sciuridae family. There are more than 20 species that can be found in North America. 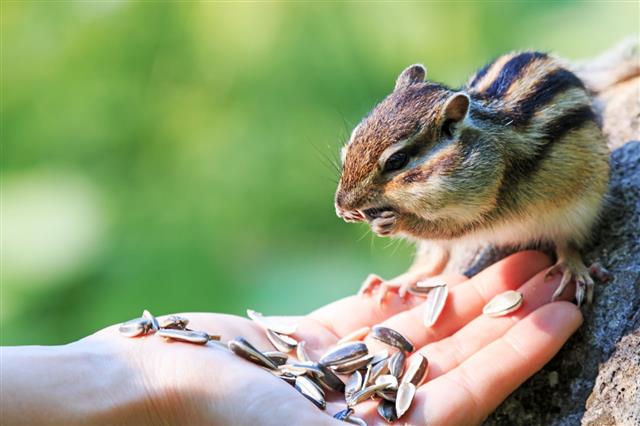 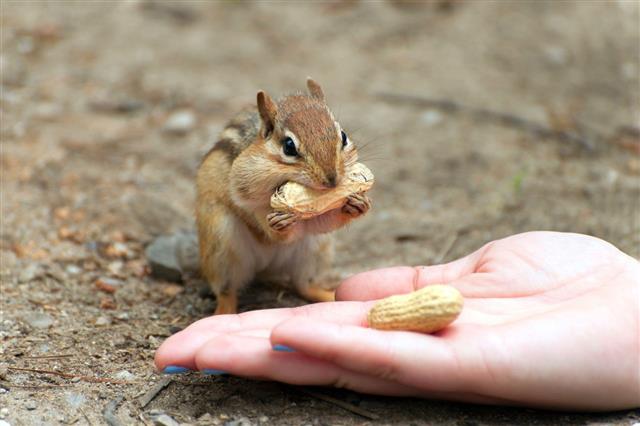 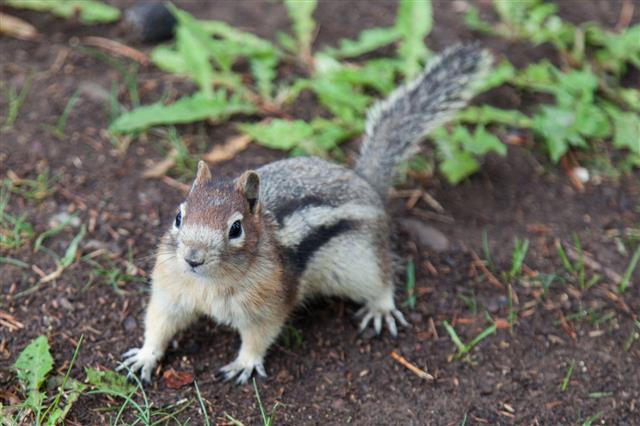 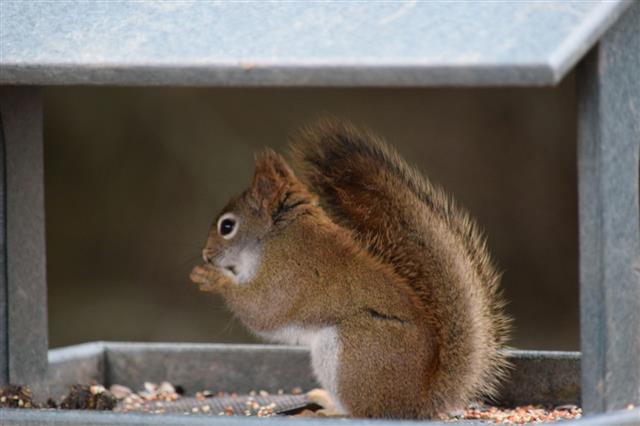 While the Eastern chipmunks are found in eastern parts of Canada and the United States of America, the Siberian chipmunks are found in parts of Northern Asia. Out of 20 species belonging to genus Neotamias that can be found in western North America, Least and the Yellow-pine chipmunk can be easily spotted in western regions of Canada. You can spot them in forest edges, bushes, woodlands, gardens, parks and even around houses.

Though chipmunks may look somewhat similar to squirrels, these are quite different. Chipmunks are burrowing animals that live on the ground and use the burrows to store their food. Those were some basic facts, let me tell you some more fun facts about these mammals.

~ Most of the species have alternating dark and light stripes on their body.

~ They burrow a main tunnel where they rest and give birth to their young ones, the rest of the tunnels are dug for storing food. One chipmunk may store up to 8 pounds of food in its burrows.

~ They place leaves and grasses in their main burrow so that they can rest comfortably and give birth to their young ones.

~ They take an average of 75 breaths in a minute.

~ They can be extremely territorial in the area around their burrow or nest. Their home range may be up to ½ acre (0.2 ha), but the adult only defends a territory about 50 feet (15.2 m) around the burrow entrance.

~ They are very active during the early morning and late afternoon.

~ Their mating period begins from the month of February to April. The number of young ones lies between 1 to 9. They may have around 4 to 5 young ones twice a year.

~ Their scientific name is Tamias Striatus.

~ They are larger than most of the western species.

~ They can climb trees, but they construct their nests under the ground with widespread tunnel systems that might have several entrances.

~ They have fewer grinding teeth than the other species.

~ They mate twice a year, during early spring and again during the summer or early fall.

~ They generally stay for one year in the forest but in captivity, they may live up to eight years.
Their lifespan is 2 to 3 years on an average.

~ Their scientific name is Tamias minimus.

~ You can recognize them by the stripes on their body. A least chipmunk has 3 dark and 2 light stripes on its face.

~ Their habitat includes regions ranging from the high altitude tundra to sagebrush plains.

~ They eat seeds, eggs, larvae and adults of various insects such as grasshoppers, beetles and flies.

~ They produce a distinct ‘wop-wop’ or ‘chip-chip’ voice.

~ When these mammals are trying to hide from the predators, they often utter a distinct alarm note.

~ Their scientific name is Tamias amoenus.

~ They have 5 distinct longitudinal dark stripes. These stripes are evenly spaced and about equal in width.

~ The top of the head is brown in color and ears are black in front and white behind.

~ Their ears and tail are shorter and the underside of the tail is grayish-yellow in color.

~ They are brighter in color with orange color on the sides.

~ These can commonly be seen in meadows and mostly inhabit the yellow pine and juniper forests.

~ They are not active in the winter, and store food for winter underground or in rock crevices.

~ Although they are omnivorous, they consume and disperse large quantities of seed, including those of antelope bitterbrush and ponderosa pine.

~ They are large, with their length ranging from 200-245 mm.
~ The central dorsal stripe is black in color and the lateral stripes are reddish brown in color.

~ These are very furry and camouflage their brown fur with trees and fallen logs.

~ These are solitary by nature and get together for the purpose of mating during the spring.

~ Their scientific name is Tamias sibiricus.

~ These are mainly seen in woodlands in Northern Asia, China, Japan and some parts of Korea.
~ Though these mammals are great climbers, they usually live on the ground.

~ Their scientific name is Tamias townsendii.

~ These are mainly found in Canada.

~ These are dark brown in color and have black and pale stripes.
~ They don’t have bright or well-defined markings.

~ Their scientific name is Neotamias umbrinus.
~ They are also referred to as hidden forest chipmunks. They are medium in size. They have distinct alternating brown and white dorsal stripes.

~ These are commonly found in alpine and subalpine habitats.
~ These can be seen in coniferous forests, woodlands, bushlands, mainly near steep slopes or rocky terrain.

~ These are larger than the Yellow-pine and the Least chipmunks.

~ These are good climbers and climb the trees to look for seeds or to protect themselves from predators.
~ The females may take refuge in tree cavities and raise their little ones on nests abandoned by birds.

~ An interesting fact about them is that they hold their tail horizontally while running.

~ These are primarily herbivorous in nature and eat fruits of shrubs or seeds of coniferous trees, but may sometimes eat insects.

~ Their scientific name is Tamias dorsalis.

~ They mainly live around large rocks, boulder or cliffs.

~ These are mainly found in south-western regions of the United States of America and Northern Mexico.

~ These are gray in color and have distinct brown and white colored stripes on the face.

~ The stripes on the body are usually not that distinct, however, a subspecies called Tamias dorsalis ssp. utahensis has a distinct stripe along its back.

~ When it comes to size, the females are definitely larger than the males.

~ Their diet includes seeds, fruits, insects or even small reptiles.

These were some interesting facts about some of the notable species of chipmunks. I hope that you found the aforementioned facts interesting as well as informative. 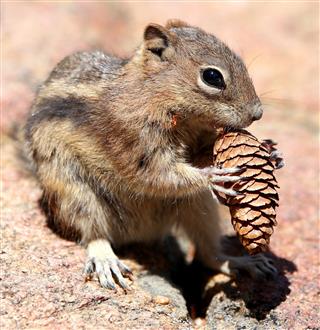 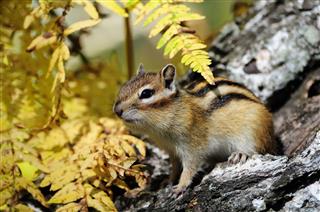 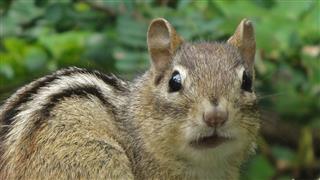 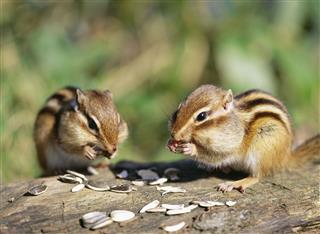