The behavior of a chihuahua can be very pleasant and agreeable, if the dog is trained and provided firm leadership. Here is more about this dog's character traits, and a few training tips to solve any behavioral problems. 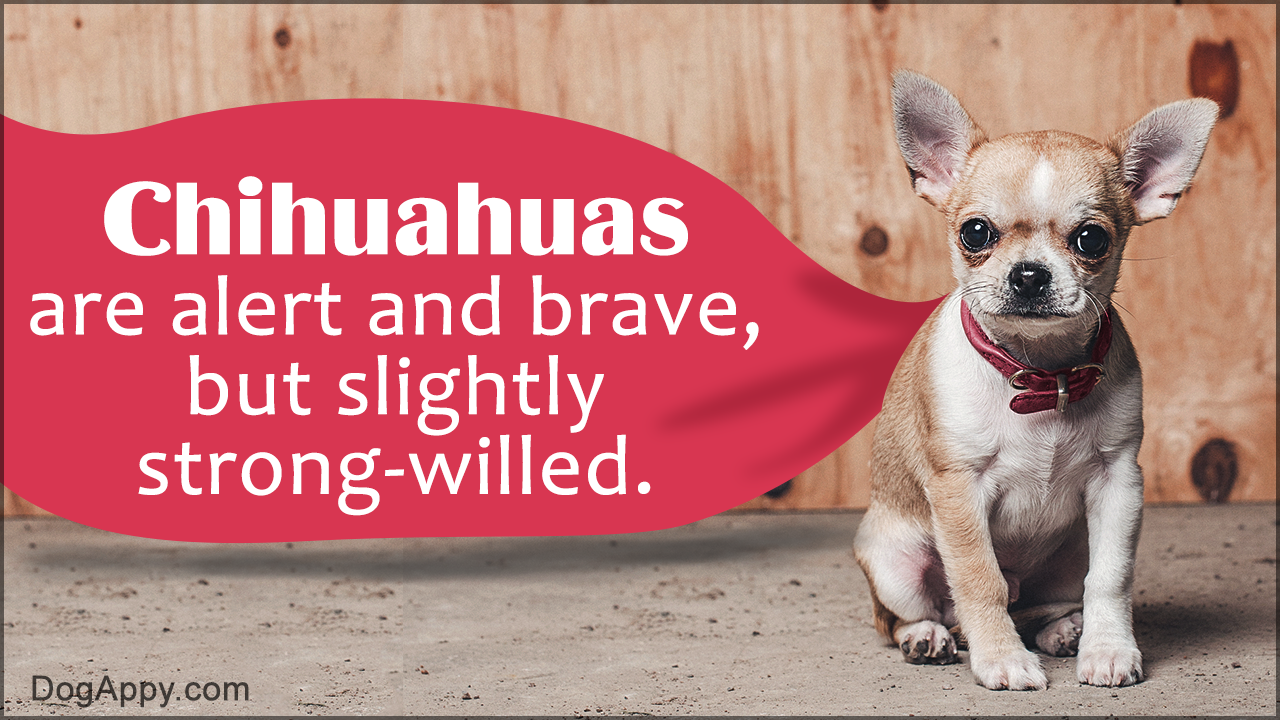 The behavior of a chihuahua can be very pleasant and agreeable, if the dog is trained and provided firm leadership. Here is more about this dog’s character traits, and a few training tips to solve any behavioral problems.

Chihuahuas have never had it better! Tinkerbell Hilton is the ‘author’ of ‘Tinkerbell Hilton Diaries’, Wheely Willy, is a paraplegic and a celebrity with two best-selling children’s’ books about him, and Gidget, is the mascot of Taco Bell, an American chain of fast food restaurants. However, these little dogs are popular for more reasons than just being in the spotlight and ‘arm candy’ to celebrities. While most people think they are cute because of their diminutive stature, they are also loved for their upbeat personalities. Their curious nature can often land them in comic situations, which is why chihuahua behavior is dubbed entertaining.

Among the most popular small dogs in America, there is much ambiguity surrounding the origin of this dog. Some say that this breed has originated from the Fennec Fox, while others say that the earliest chihuahuas were a cross between the ancient Techichi dogs of the Toltecs and hairless dogs from the Orient. The breed derives its name from the Mexican State of Chihuahua, which is where the breed was first identified. While those with short coats are common, a few may have long coats that may be wavy or flat. They may be solid, marked, or splashed in colors of black, white, chestnut, fawn, sand, silver, sable, steel blue, black and tan, and parti-color. Their size ranges from 6 to 9 inches and they can weigh between 2 to 6 pounds.

Positives
Chihuahuas can be described as alert and quick. They are also fairly brave and adventurous, always willing to investigate a mystery. For a small dog, they can be very fast, while chasing after someone/something, or playing with you. They are very intelligent, and often perceived to wear a cheeky look. Their large round eyes that look out from their well rounded head are the source of much expression. Once they fix their eyes on you, all your resolve is sure to crumble. They are also very affectionate and thus considered good companion dogs. They are known to enjoy curling up in the laps of their owners, and also burrowing under the blankets in the bed. They also enjoy licking the faces of their owners.

While the positives are many, a few problems also exist. The root cause of most chihuahua behavior problems is lack of good leadership. By failing to establish pack status, an owner encourages aggression in them. Further, by treating the dog like a baby and letting it get away with bad habits, one confirms in the mind of the dog that he/she is boss. These dogs are temperamentally strong-willed, and only proper leadership will keep them in check.

Some common problems are disobedience, aggression, and anxiety. Disobedience is a problem that can be nipped in the bud with proper training. While they can be difficult to train, chihuahuas need instructions from an early age. While house breaking your dog, also teach him/her to respond to certain commands. Establishing firm pack leader status is another way to ensure your pooch always obeys you. Aggression is a common chihuahua behavior problem in males. A way to prevent this from cropping up is to socialize the dog from the time it is a puppy. Also, stop your dog from jumping up on you and others. Another male and female behavior issue is extreme possessiveness, where they watch their owners every move, and become suspicious of all others.

Keeping a well-trained Chihuahua is the key. They can then be loving, entertaining, cute, and great companions too. In short, a Chihuahua’s behavior is ideal for a pet.