Canine diabetes insipidus is a rare condition, characterized by excessive urination and thirst. The symptoms, treatment, and causes of this condition are discussed in this article.

Canine diabetes insipidus is a rare condition, characterized by excessive urination and thirst. The symptoms, treatment, and causes of this condition are discussed in this article. 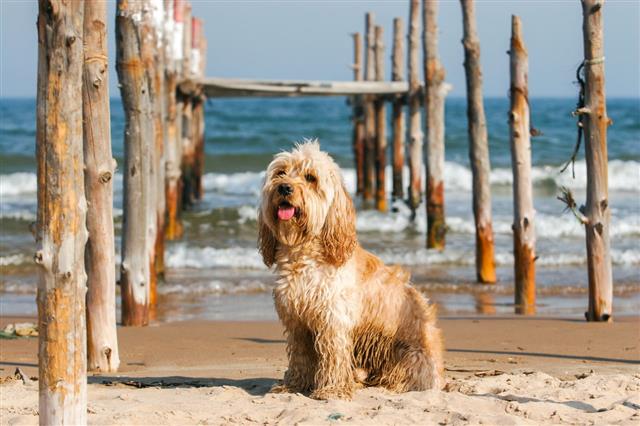 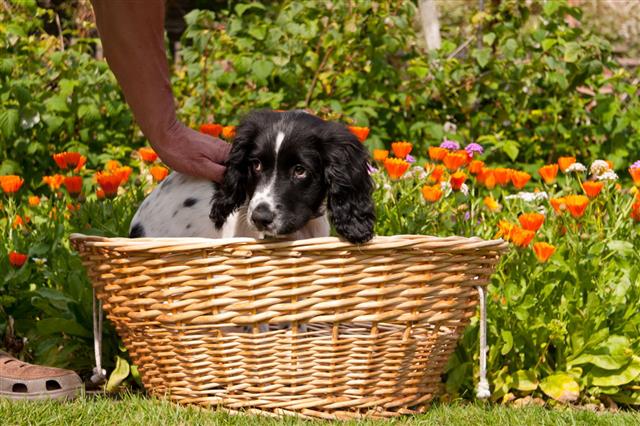 Diabetes insipidus, also known as the ‘other type of diabetes’, is a condition where the body fails to maintain water balance. This can result either from a failure of the body to produce or release a sufficient amount of the antidiuretic hormone (ADH) (also known as vasopressin), or an inability of the kidneys to respond to this hormone.

Diabetes insipidus is a rare disorder, and is quite different from diabetes mellitus, which is caused by a deficiency of the hormone insulin, or an inability of the body cells to respond to this hormone. The hormone vasopressin is produced in the hypothalamus, but then stored in the pituitary gland. So, it is released from the pituitary gland that is located at the base of the brain. Vasopressin or ADH is responsible for regulating water retention by the kidneys.

Another type of diabetes insipidus is psychogenic polydipsia or dipsogenic diabetes insipidus. This condition is not caused by a problem in the production of ADH. Rather, it is associated with an excessive intake of water or fluid, which results in the excretion of a large volume of dilute urine. This condition is also known as primary polydipsia.

» Diabetes insipidus is considered to be idiopathic in nature, which means that what exactly causes this disorder is not known with certainty. However, the central diabetes insipidus can be associated with the following conditions.

✧ A trauma or injury to the head
✧ Tumors in the hypothalamus and pineal gland
✧ A pituitary cyst or tumor
✧ A bacterial or viral infection, such as meningitis or encephalitis.

» Nephrogenic diabetes insipidus can be associated with certain metabolic disorders, such as Cushing’s disease. Apart from this, it can also be caused by the following conditions:

If plenty of water or fluid is not given to the affected animal, the condition can worsen and cause dehydration, which in turn can lead to:

If the dehydration is not reversed, it can eventually result in coma and even death.

» Canine diabetes insipidus is usually diagnosed with the help of physical examinations, urinalysis, blood tests, and ultrasound or CT scan. Sometimes, thyroid hormone tests, pituitary hormone tests, and a test of the adrenal glands are also carried out for a definitive diagnosis.

» These tests help rule out certain other health problems, such as hyperadrenocorticism or Cushing’s syndrome, diabetes mellitus, renal failure, and liver disease that can produce symptoms similar to diabetes insipidus.

» Another test that is employed for this purpose is the water deprivation test, wherein veterinarians try to find out whether the animal can produce concentrated urine when his fluid intake is reduced.

» Some veterinarians also perform a desmopressin stimulation test, wherein the drug desmopressin is administered to the affected dog. Desmopressin is used for treating diabetes insipidus, and hence, a positive response to the drug helps confirm the diagnosis. This test also helps find out whether the symptoms are caused by an excessive intake of water, a defect in the production of ADH, or an inability of the kidneys to respond to ADH.

» Treatment of diabetes insipidus can vary depending on its type and the underlying causes. Central diabetes insipidus is usually treated with the drug, desmopressin. This drug can accomplish the functions of the hormone vasopressin or ADH. Desmopressin is available under the trade name of DDAVP, and also as a generic drug. It is available in several formulations, such as tablets, injectable liquid, nasal sprays, and as a liquid that can be administered through a rhinal tube.

» Thiazide diuretics are used for the treatment of nephrogenic diabetes insipidus. A drug, known as chlorothiazide helps the kidneys concentrate the urine. Sometimes, another drug chlorpropamide is used to increase renal responsiveness to ADH with limited success. Apart from these, your veterinarian may also prescribe non-steroidal anti-inflammatory drugs for treating this condition.

» Along with treatment, it is equally important to provide plenty of water to your pet. Without a constant access to water, your pet can become dehydrated, which can lead to life-threatening complications.

If diabetes insipidus is a congenital condition, then your pet will have to live with it for the rest of his life. However, this condition can be controlled effectively, if properly diagnosed and treated on time. Therefore, monitor your dog’s health closely, and look for such symptoms as excessive thirst, urination, disorientation, or seizures. If such symptoms are present, consult your veterinarian at the earliest. 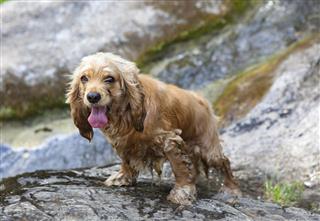 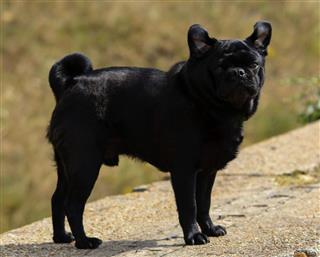 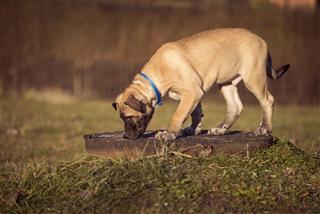