Taking Care of Burmese Pythons Will Seem Easier After Reading This

A healthy pet requires proper care, and when we talk of a pet Burmese python, its care involves providing a large enclosure, frequent handling, feeding proper diet, maintaining the right temperature, and so on. 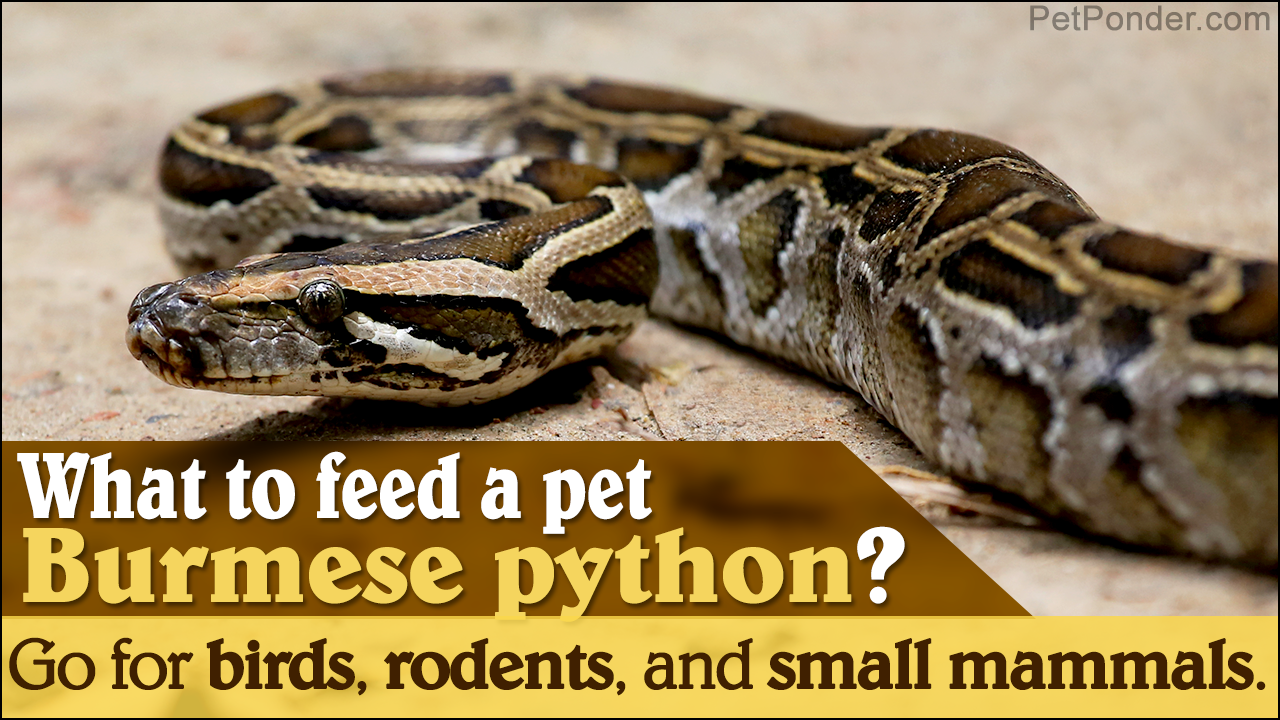 A healthy pet requires proper care, and when we talk of a pet Burmese python, its care involves providing a large enclosure, frequent handling, feeding proper diet, maintaining the right temperature, and so on.

Listed amongst the largest snakes in the world, the Burmese python can grow to about 15 – 20 feet in length and weigh about 150 lbs. It has a light-colored skin with unique brown patches outlined in black. Besides its unique coloration, this giant snake is also known for its fast growth rate and gentle temperament. Thus, despite its huge size, many pet enthusiasts keep it as a pet.

Caring for a Burmese Python

The Burmese python (Python bivittatus) is indigenous to some tropical and subtropical regions of Southeast Asia. It is closely related to the Indian python.

Its docile disposition is by far the USP of this species. Even though it has a reputation of being a relatively gentle snake, it doesn’t mean you can be reckless with it. In fact, careful handling is one of the most important aspect of Burmese python care. It is known to turn aggressive at times, especially at the time of feeding, and that’s something that you cannot afford to ignore.

For keeping a young Burmese python, a strong, moderate-sized enclosure of about 55 gallon is ideal. However, when the python grows, you will have to replace this enclosure with a larger and stronger enclosure, so as to provide enough room for movement. Specially constructed wooden cages measuring 8×6×5 feet (L×W×H) are considered perfect for keeping it.

For younger snakes, absorbent paper towels are ideal as substrates. They can be removed, whenever needed. Nevertheless, for adult snakes, you can lay rubber mats and clean them on a regular basis. Make it a point to purchase extra mats and replace the previous one at the time of cleaning and disinfecting. Other options include linoleum flooring and carpets. Do not use wood chips, shredding, or other such things that hold moisture.

If you are keeping this species as a pet, you need to provide it a captive habitat that mimics its natural habitat. Ideally, the temperature should be in the range of 85 – 88°F in the daytime and slightly cooler at night. For basking purposes, the ideal temperature is 90°F. To maintain the same, heat pad or other heat sources should be installed in safe places, where the snake will not get accidental burns.

Being a carnivore, it prefers feeding on birds, rodents, and other small mammals. Feed a correct portion of diet in a separate feeding box once in 10 – 14 days, or give 2 rodents in 4 days. It will help in reducing digestion-related problems. The Burmese python has a tendency to eat in large amounts. But do not feed excess, or it will vomit. Provide fresh water in a ceramic bowl inside the cage.

You need to handle your pet snake frequently, right from the beginning; this will help it get used to human handling. When fed correctly, it grows to about 6 – 8 feet in 2 years. By this time, handling and lifting it will be difficult. Also, make sure that another person is present while feeding a mature python. Like we said earlier, it can become aggressive at times, thereby posing a threat for you.

If you intend to keep it as a pet, you will have to commit yourself to it for several years. The species has a lifespan of about 25 years, if cared and fed properly.

Keeping this snake as pet is associated with many responsibilities that every prospective owner should be aware of. Do not overlook the size and feeding ability of this snake. Even if you already know what reptile rearing is about, you should do some research and make a serious decision. That will ensure that you don’t regret later.