Dogs have always been one of the best tamed and most sought-after pets. This explains why there has been so much done to have new breeds; more precisely, mix breeds. This DogAppy article does a personality determination of one of the most famous mix, the Border Collie-Husky personality. 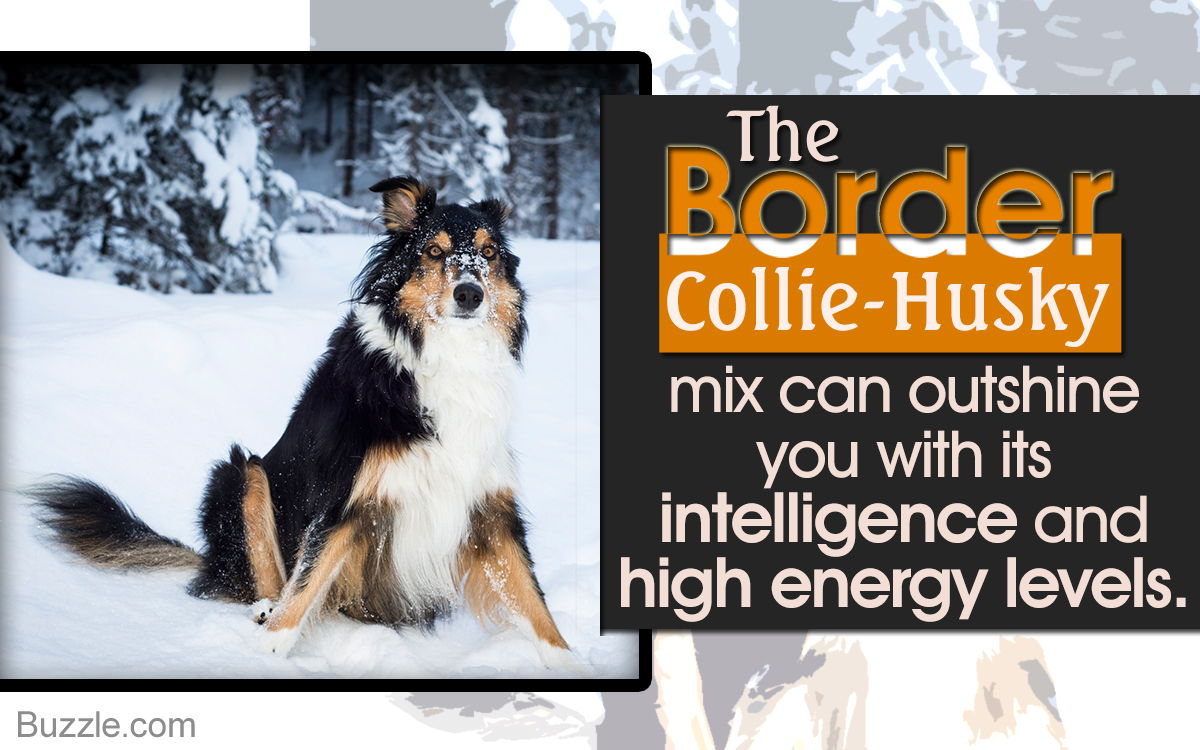 Dogs have always been one of the best tamed and most sought-after pets. This explains why there has been so much done to have new breeds; more precisely, mix breeds. This DogAppy article does a personality determination of one of the most famous mix, the Border Collie-Husky personality.

The Border Collie-Husky mix can be so possessive about its owner that it can act violently when the owner has visitors at home.

If you are bored with your spare time, and rather crave for more excitement and challenge, just bring into your rather quiet abode a dog that is known to wreak havoc, if not tamed. Yes, the Border Collie-Husky mix will leave no stone unturned to give you that ultimate challenge of taming it and matching its pace, which you missed until you brought it home. It is such a fast learner that you actually need to have loads of activities predecided, so that you do not render him the free time, where it gets bored, frustrated, and ends up nibbling and biting on objects that it sets its watchful eyes on. It’s a storehouse of its energy, such that you practically need to give him puzzles and exercises, where it can vent out the excess energy, and thus remain calm; lest be prepared to have some really hard time. 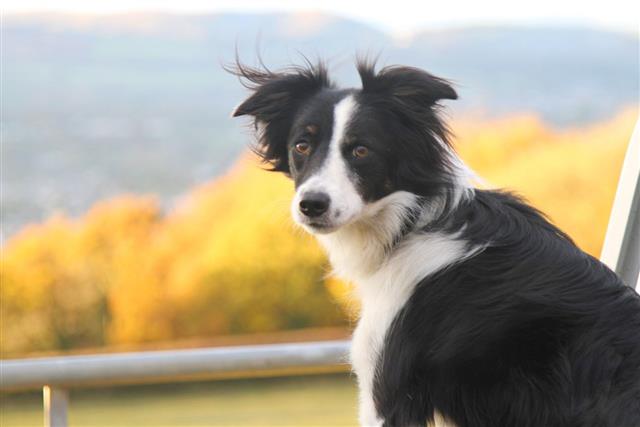 If you are planning to keep this dog all by itself for a long duration, you probably aren’t aware that this dog can drive anyone crazy by its anxiety fears of being separated from its owner. Needless to say, it is full of affection and loyalty for its owner. It demonstrates features and traits, which are imbibed in him from its parents, the Border Collie and Husky. Before you decide to own one of these mix breeds, spare a moment to read through the article to enhance your knowledge about it, and thereby, be blessed to have it at home. 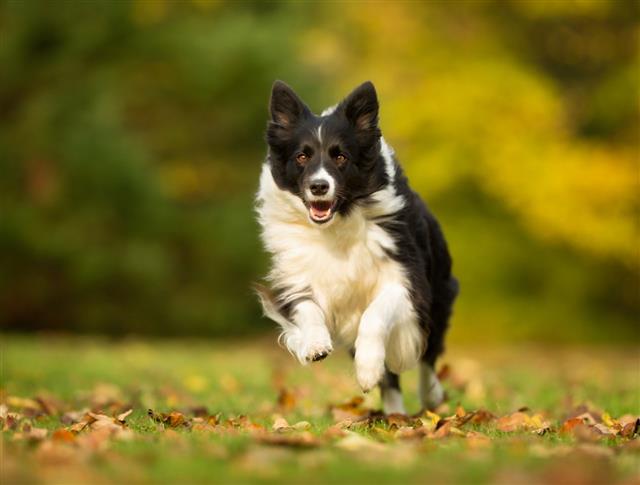 They are amazingly zealous, and can spend a full day running after other animals. They can get aggressive if not exercised. This dog breed can hardly live alone. It craves for human company, and does everything to be in company. It is restless and can exhibit unruly behavior if not occupied in some work or activity. 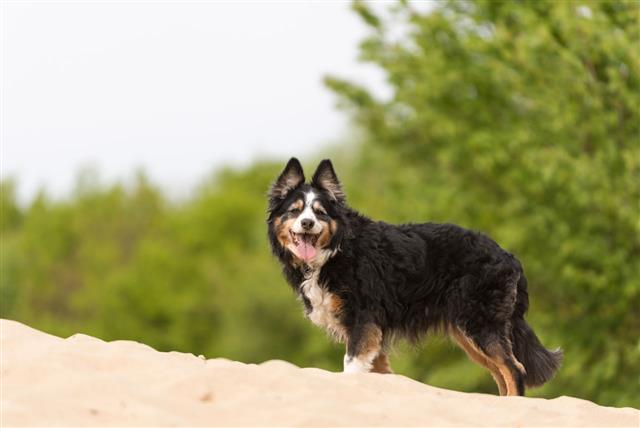 Endowed with the traits of its parents, this mix breed is known to be friendly, enthusiastic, eager to learn quadruped, and loves to remain occupied with activities and fun. It is loyal, intelligent, and witty. It can also pose a very laid-back attitude and be unsocial if not trained to socialize well in advance. 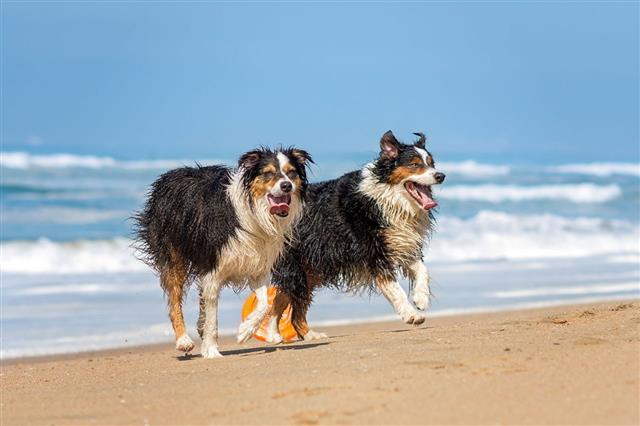 1. One of the distinctive features of this dog mix is that it is highly expressive, and is very receptive to talking. Like its parent, Husky, this dog breed loves to ‘talk’ with the other companions while at play, or if the owner is observant enough, he/she can actually listen to the whispers it seldom makes, in an effort to keep up the communication process ongoing. This breed is a bundle of energy, which doesn’t seem to get exhausted. This trait too, is borrowed from the parents, both of whom are active. It loves making fun, and also exhibits a very friendly nature in the company of kids and other animal companions. 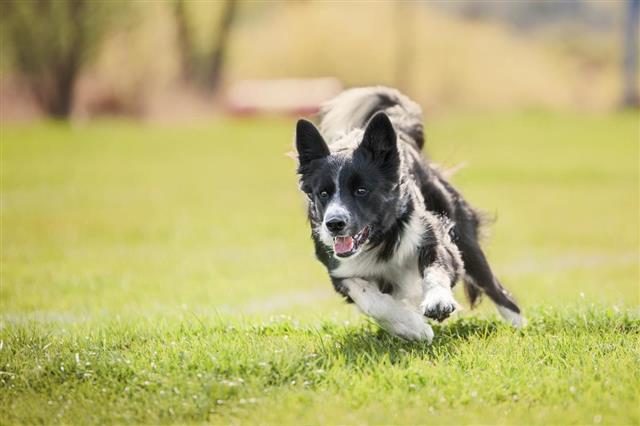 2. The level of intelligence is rather on the higher side, which doesn’t burn merely with physical activities. In order to tap its full energies, one should assign mind games and activities with this dog breed. It has also been seen on more than one occasion that this dog behaves quite aggressively, if not absorbed in activities. It sometimes puts up an combative, hard-to-tackle behavior, which is not a common sight to see. Therefore, keeping it engaged is the ideal way to get the best out of the breed. It is also loyal and brave, but can’t be substituted for guard dogs. 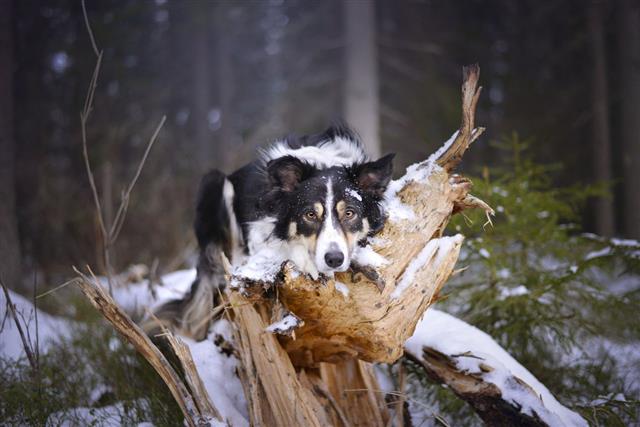 3. Like its parent, the Border Collie, the dog is also gifted with an excellent hunting ability. So, don’t be surprised if you suddenly find your dog chasing some running cars, livestock, or for that matter, even kids running in the neighboring yard. It is seen that the dog suffers from acute fear and anxiety about separation. It seeks comfort and love from the owner; thus, it wouldn’t be in the best of its behavior if left on its own for long hours. 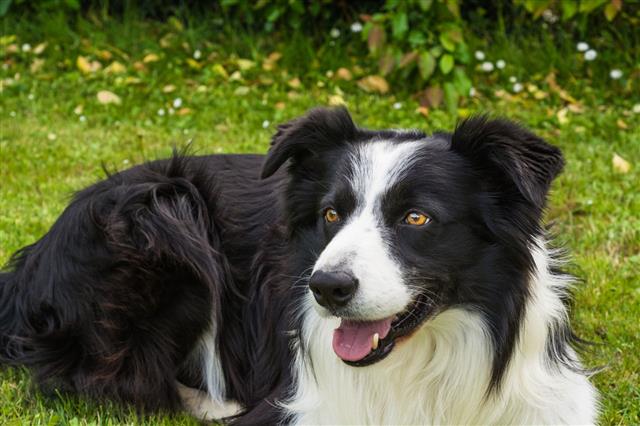 4. You would definitely be challenged by this breed, while attempting to train it. It is quick at picking up new things, but is also stubborn occasionally. Having said that, it is worth mentioning that once trained, it can be one of the most well-behaved dogs. It is also good to make it socialize rather early, in order to prevent shyness in successive years. Another point to remember about the breed is that it is known to make excellent escape routes and tricks. So, do not rely on the fence or other borders that you perhaps thought would restrict his mobility.

It wouldn’t be wrong to say that like most mix breeds, it is a matter of uncertainty to clearly define a set of characteristic features that make up a Border Collie-Husky bred dog. It becomes difficult to understand that ‘how much of what’ would be taken up by the bred progeny. The Border Collies are medium-sized dogs, and they may have a coat, the texture of which also differs between rough and smooth, with no distinct variation. They can be a mix of colors like black, white, or tan. White patches are commonly seen on the body. 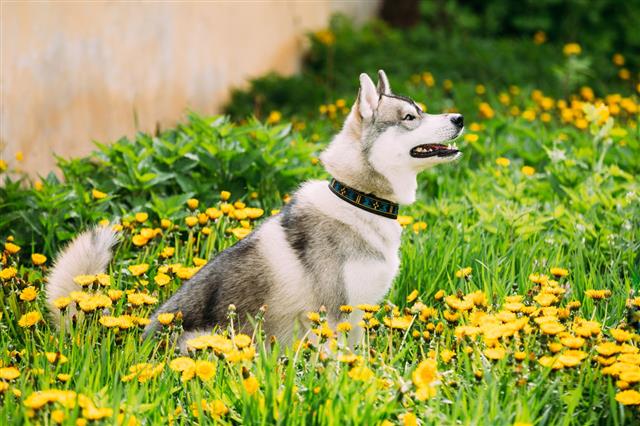 The Husky can be a little longer compared to the Collie. It can be found in colors of gray, brown, and black. The coat is rich and forms a silky coat. The striking feature is the deep blue eyes. So, if you notice any of the above-mentioned physical features, know that it isBorder Collie-Husky Mix 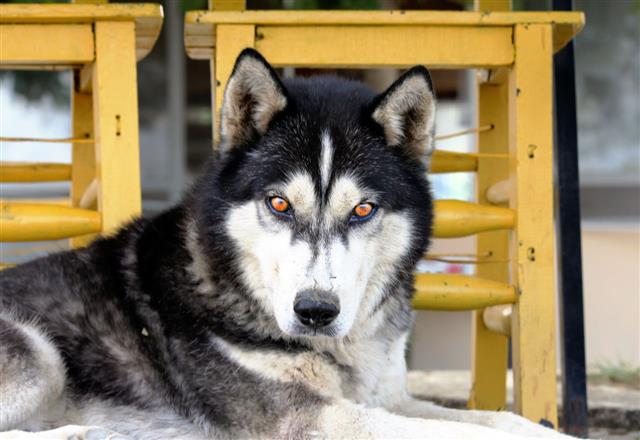 Shedding is another factor that needs attention. Brushing the coat once a day is almost a winning rule to keep the dog from excessive shedding. Like his parent, Husky, this dog breed can be overheated easily, resulting in shedding.

This mix dog breed has got prominent issues with the bones and may show symptoms of osteoarthritis, intervertebral disc disorder, andchronic myelopathy. The best way to avoid and treat these diseases is to know what food is being fed to the dog. Another quintessential factor to know is regular and optimum exercise, along with physical activities.

It is usually seen that mix breed dogs are healthier than their parents, and can also live longer than them; the lifespan of the Border Collie-Husky mix is about 20 years. So, once brought, you are in for a fun-filled two decades. 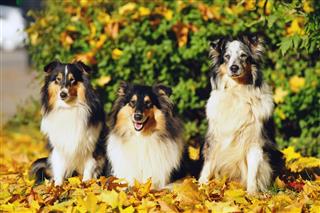 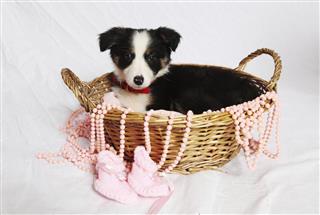 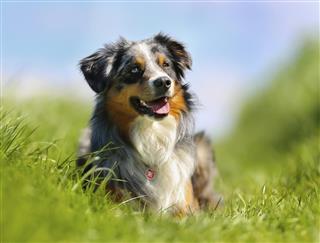 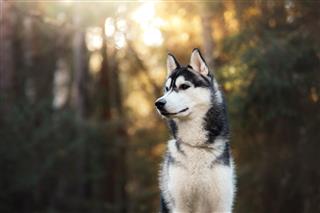