Astounding Facts About the Ball Python

That Cleopatra used to wear this python species around her wrists like bracelets may be a bit too far-fetched, but there do exist some interesting facts about the ball python, which make it one of the most desirable exotic pets in the world.

That Cleopatra used to wear this python species around her wrists like bracelets may be a bit too far-fetched, but there do exist some interesting facts about the ball python, which make it one of the most desirable exotic pets in the world.

The ball python, also referred to as the royal python, is a python species native to Africa. It is one of the most popular exotic pets in the west, and its docile nature and relatively small size are largely responsible for this. Such is the demand for this species that they are specifically bred in captivity to be sold as pets, and these captive-bred specimen are preferred over their counterparts in the wild.

The ball python derives its name from its unique adaptation wherein it rolls into a ball when threatened. Its scientific name, Python regius, can be traced to the Egyptian legend, according to which Cleopatra, the queen of Egypt, used to wear these snakes around her wrists as bracelets. As for the name royal python, it is derived from the word, Regius, which is Latin for ‘royal’.

In the wild, ball pythons are found in open forests and drier savannas of the western and central Africa. The species is found in Senegal, Mali, Liberia, Ivory Coast, Nigeria, Chad, Cameroon, Sudan, Uganda, Guinea, Ghana, and Sierra Leone. They prefer areas with some source of water in the vicinity where they can cool themselves.

Males attain sexual maturity by 6-18 months after their birth, while the females achieve the same in around 12-36 months. Along with their age, the weight of the specimen plays a crucial role when it comes to sexual maturity. The female lays 4-11 eggs at a time and incubates them in the ground for 55-60 days. Once the eggs hatch, the female leaves the offspings to fend for themselves.

The diet of a ball python mostly consists of small mammals, like rats, mice, gerbils, and shrews, as well as some species of birds. Being a constrictor, the species resorts to the ambush method and swallows its prey as a whole. (On the flip side, ball pythons–even the adults–have quite a few predators in the wild, including leopards, eagles, etc.)

If you intend to keep this species as a pet, there are a few things that you have to take into consideration. Firstly, the docile temperament of ball pythons does make them ideal pets, but it takes some time for them to get used to new surroundings, and therefore they may display some aggression in the beginning.

A 20-40 US gallon glass cage, with dry substrate in form or cypress mulch or newspaper in it, would make an ideal habitat for your pet python. Ideally, the temperature of their habitat should be around 80-90 °F, while humidity levels of around 50-60 percent should suffice. You will have to put the source of light outside the cage. A thermostat can be used to maintain the temperature range. As their skin is very sensitive, the use of heat rock can do more harm than good; instead, a heating pad would be a better option.

When it comes to their diet in captivity, frozen or thawed mice are your best bet. Live feeding, on the other hand, is best avoided as the animal you feed your pet can end up harming it. Wild ball pythons which are kept as pets tend to go without eating for several days. While that may seem odd, it’s a perfectly normal behavior in this species as they take some time to get used to new surroundings. Likewise, even a captive-bred pet python may stop feeding for extended periods all of sudden, but there is no need to panic as long as its weight is in check.

Your pet ball python should have regular access to a bowl of water for drinking, as well as to immerse itself in, and this water should be changed every day. Like water, the soiled substrate should also be replaced every day. It is also important to clean and disinfect the aquarium at regular intervals; ideally, at least once in two weeks.

A proper enclosure, dry substrate, good source of light, maintaining the required temperature, and, most importantly, maintaining proper hygiene–these are some of the most important attributes of a pet ball python care. If these things are taken care of, your pet python will live for a longer period than 20-30 years, which happens to be their average lifespan. 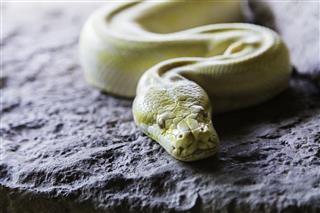 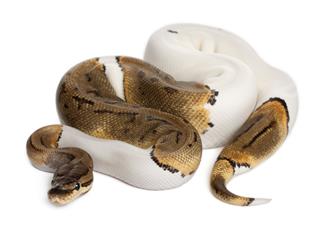 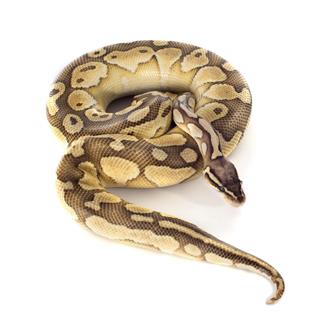