What You Ought to Know About Caring for Baby Guinea Pigs

Whether getting a guinea pig as a pet or getting one for experiments in the lab, you need to know all about its care. Getting to that in the following article.

Whether getting a guinea pig as a pet or getting one for experiments in the lab, you need to know all about its care. Getting to that in the following article. 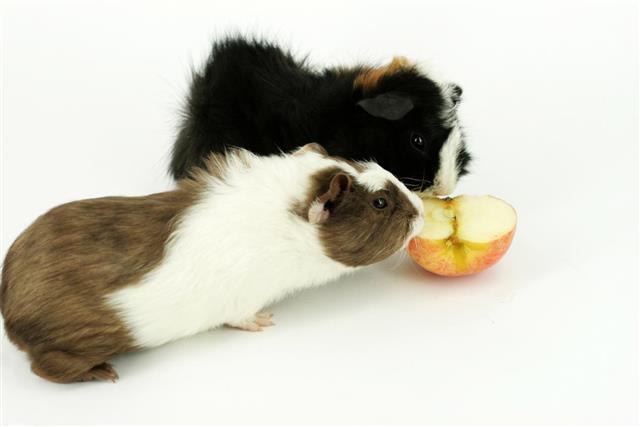 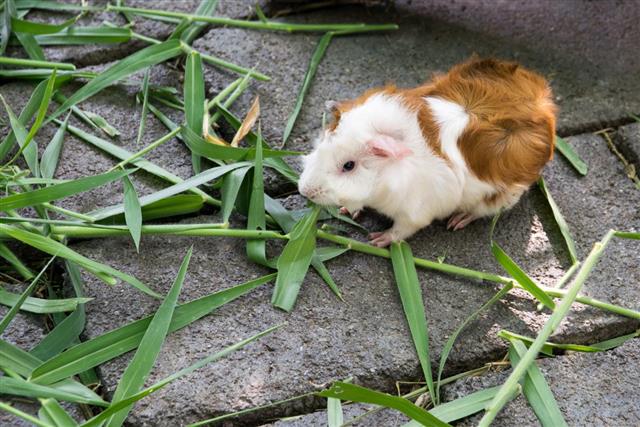 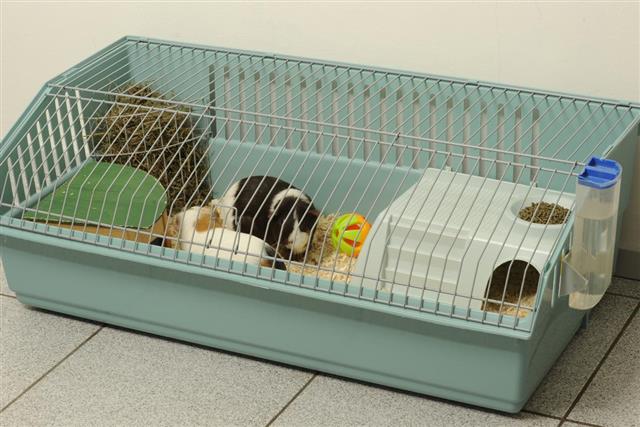 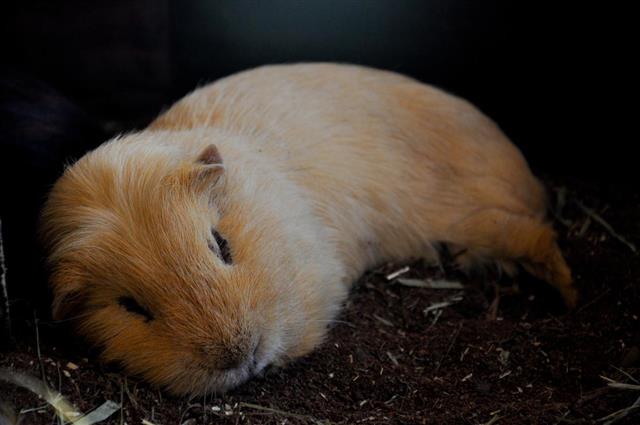 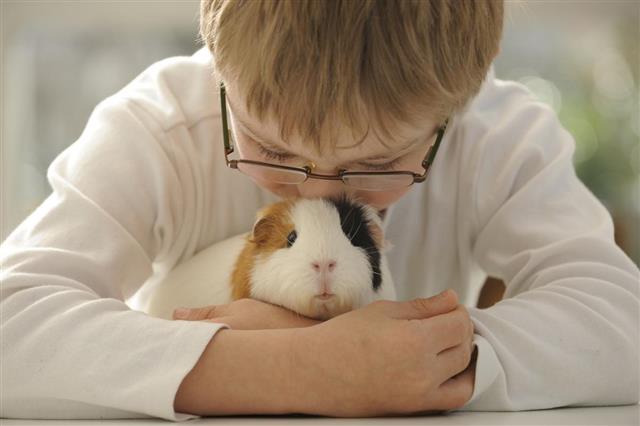 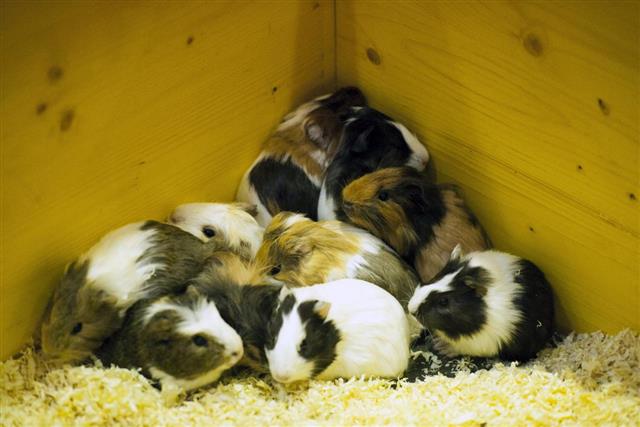 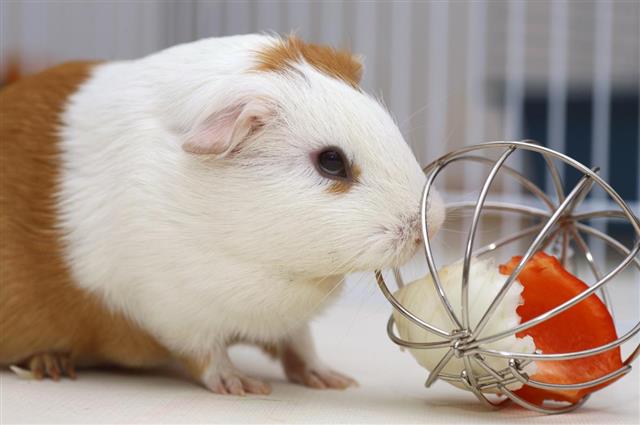 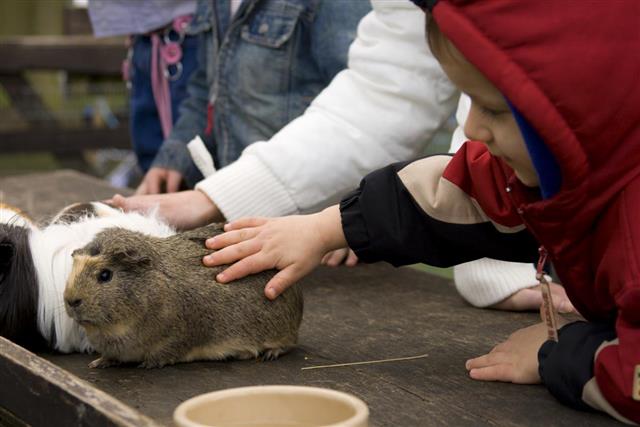 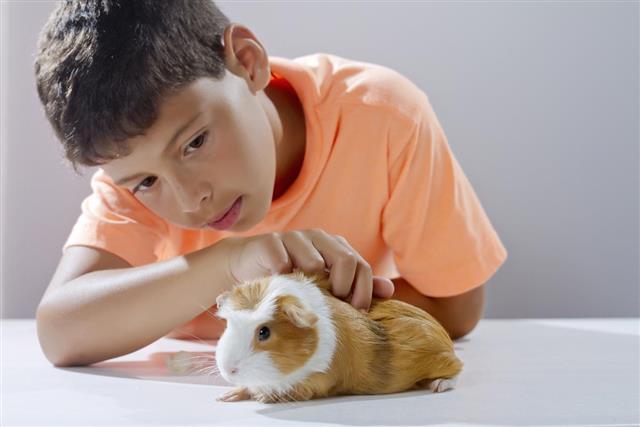 A guinea pig lends itself to a lot of cliches, don’t you think? Looked upon only as a means for some experiments, which we know is not the case. Guinea pigs as pets make for excellent companions. They are very cute and extremely docile. So if it isn’t a growling hunter dog that you are looking for, or even an aquarium to set up, then consider a baby guinea pig for a pet. But before getting into the details of how to go about caring for these, let us learn a little about their diet and behavior so that their care becomes easier.

Guinea pigs stay in colonies with a dominant male, a large group of females, and their offspring. A female from a colony usually leaves the confines of the colony to mate with a male of another colony. She then returns to the colony to give birth and rear her offspring. This is the followed practice in the wild. When domesticated, guinea pigs exhibit different behavior patterns. Here are some facts about their behavior patterns.

When two males meet for the first time, there might be a certain amount of aggression shown towards the other. This is done in order to determine who the dominant male is. Baby guinea pigs might also show some amount of aggression (which is exhibited through sounds) to their owners if they do not want them to come near or touch them.

Other than exhibiting aggression, guinea pigs also touch noses and sniff below the chin or their bottoms to identify who the other pig is. Similarly, a male pig will also smell a female guinea pig to see if they exhibit heat. A baby guinea pig follows its mother by smelling her. This is done for reassurance when they are in a new territory. Never disturb this line.

Baby guinea pigs are very playful. They jump really high up in the air when they are excited. They jump, land, and jump again, repeating the same actions over and over again.

When the babies are scared, they retreat to a corner and hunch there. Or they go completely still and stop all actions. A small vibrating sound is often heard, which is an indication that there is something wrong. If they do not want to be picked, they start to retrace their steps and move back.

After the initial stage of getting to know the owner is over, the guinea pig will be much more free with them, that is, if they love to socialize and enjoy being picked, petted, or cuddled. They will, more often than not, go and settle in a particular spot where you pick them up from, regularly.

Baby guinea pigs do not sleep for a long time at any particular time. They take naps for a short period, both during the day and night. The funny thing about these is that they most often do not shut their eyes while sleeping. This is because they are constantly looking out for danger. When they relax, they touch their heads onto the ground and spread out their hind legs. Therefore, when it comes to caring for guinea pigs, one should not be alarmed if they do not sleep at all. After they cross the age of 4, they tend to sleep better and often.

They mark their territory by rubbing their bottoms to the floor. This usually happens after you’ve cleaned their cage and their ‘smell’ is lost.

Guinea pigs are herbivorous and they survive on grass and other plants. It is essential to know about the various foods in order to take proper care of them.

Food is an essential component of the guinea pig care because they form a bond with their owners through the association of food. They love receiving treats and you will find some guinea pigs developing certain behavioral patterns that they exhibit. One such behavior is that they ask for treats by making chirping sounds. Once they have the food, they might respond with a purring or bubbling sound.

The diet includes a number of vegetables and fruits that you can feed it. This helps a lot in caring for them. Fruits include peaches, apples, pears, and strawberries, and vegetables like carrots, cauliflower, and spinach. Make sure that they have a constant supply of water as well.

Now that you know all about caring for guinea pigs, I’m sure it has made your choice clearer. Having a baby guinea pig for a pet and caring for it is a satisfying feeling. Try it and see for yourself.