In the considerably lengthy list of exotic animals which are preferred as pets, you are likely to find the armadillo somewhere at the top. But is it really a good idea to keep this animal as a pet? 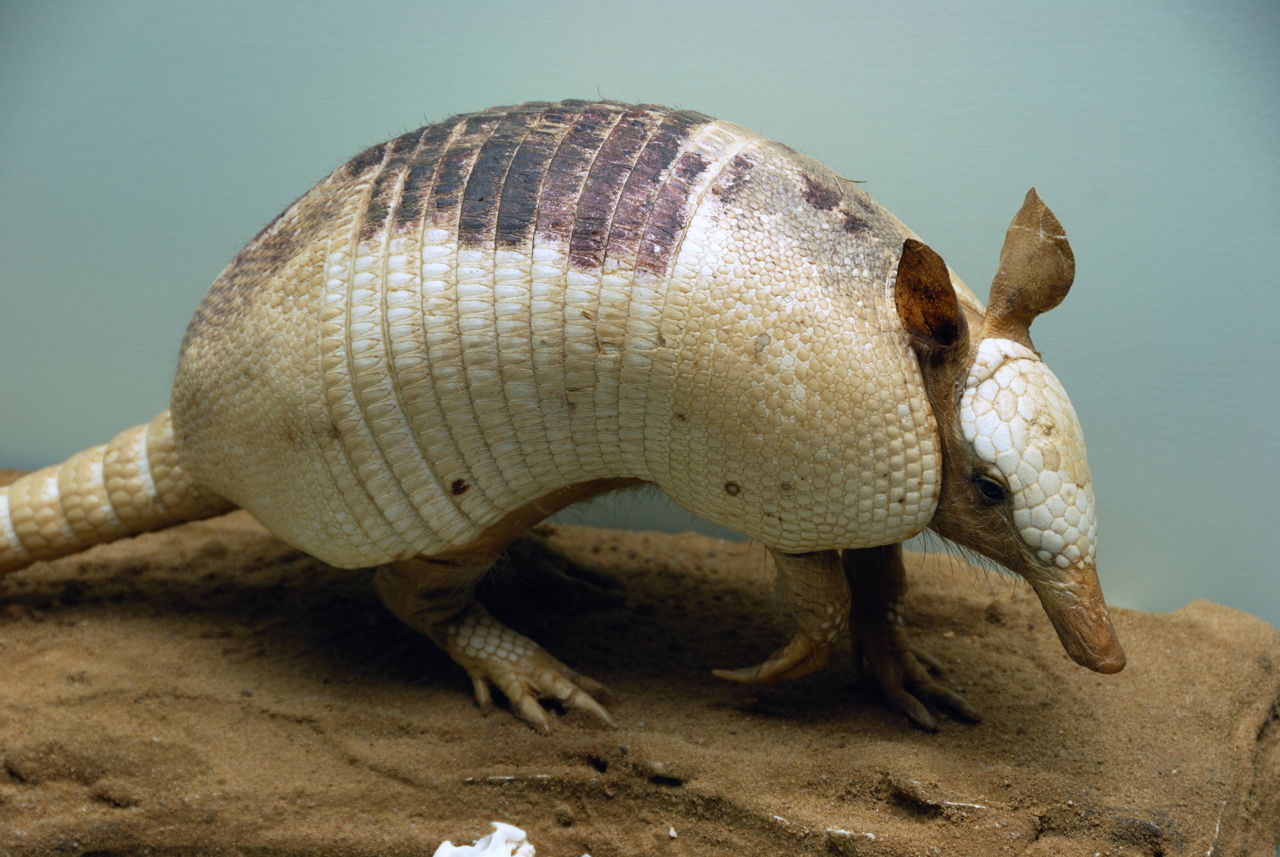 In the considerably lengthy list of exotic animals which are preferred as pets, you are likely to find the armadillo somewhere at the top. But is it really a good idea to keep this animal as a pet?

Armadillos are small mammals, predominantly characterized by their leathery, armor-like shell. There are around 20 living species of this mammal, with the size ranging from 5 inches (Pink Fairy Armadillos) to 5 feet (Giant Armadillo). The most common armadillo species in the United States, the Nine-banded Armadillo can grow up to a length of around 20 – 42 inches.

While their armor-like skin acts as a natural defense for this animal, their sharp claws make them very good diggers. Armadillos have a poor vision though. Despite their short legs, they can move swiftly. These mammals are known to stay underwater for as long as 5 minutes. Their gestation period spans for around 60 – 120 days and normally the litter size ranges between 1 – 8 young ones.

Can You Have Armadillos as Pets?

Keeping a wild animal as a pet is never a good idea, not just because it can harm you, but also because it is harmful for that animal in itself. Though most of the wild animals display signs of stress in captivity, armadillos prove to be an exception. In certain circumstances though, they can take an aggressive stance―mostly for self defense―and thus, end up hurting either the owner or themselves. The second thing is their musky smell, which not many people will like. They are continuously involved in digging and foraging, which can be damaging for your lawn. If all these things don’t really affect you, then you can go ahead and keep this animal as a pet.

In most of the places, it is illegal to keep a wild animal as a pet and hence, the foremost thing you should do, is check with the concerned authorities about the law pertaining to the domestication of animals. In some areas, you require a license to keep such exotic species as pets. If it’s a baby armadillo, you can feed it with a feeder or eye dropper like you would feed a kitten. If it’s slightly grown, you can give it moist food items and gradually shift it to its natural foods like ants, worms, and grubs. You will have to train your pet armadillo in foraging as well. This can be done by hiding its food beneath a shallow layer of mud.

You will have to arrange a large outdoor enclosure for your pet armadillo, so that it can continue with its natural activities―digging and foraging. A wading pool will be a good option, as armadillos prefer spending time in water. Remember that it’s a wild animal and it will have to be supported by natural habitat. Armadillos cannot withstand cold climate and therefore, when it’s cold, you will have to keep your pet armadillo indoors. Keeping two armadillos together can lead to struggle between them, wherein they are most likely to end up hurting each other.

Armadillos are nocturnal in nature, which means when you go to sleep they will be awake and vice versa. If they are kept as pets, there are chances that they will throw a tantrum at night. Depending on their size, they can also create a havoc in your living room! If you are willing to let go of your precious sleep, then you can go ahead and adopt an armadillo.