Aquarium catfish have become popular, as they are generally very placid and live in harmony with other species of fish in the aquarium. Read on for more information about catfish... 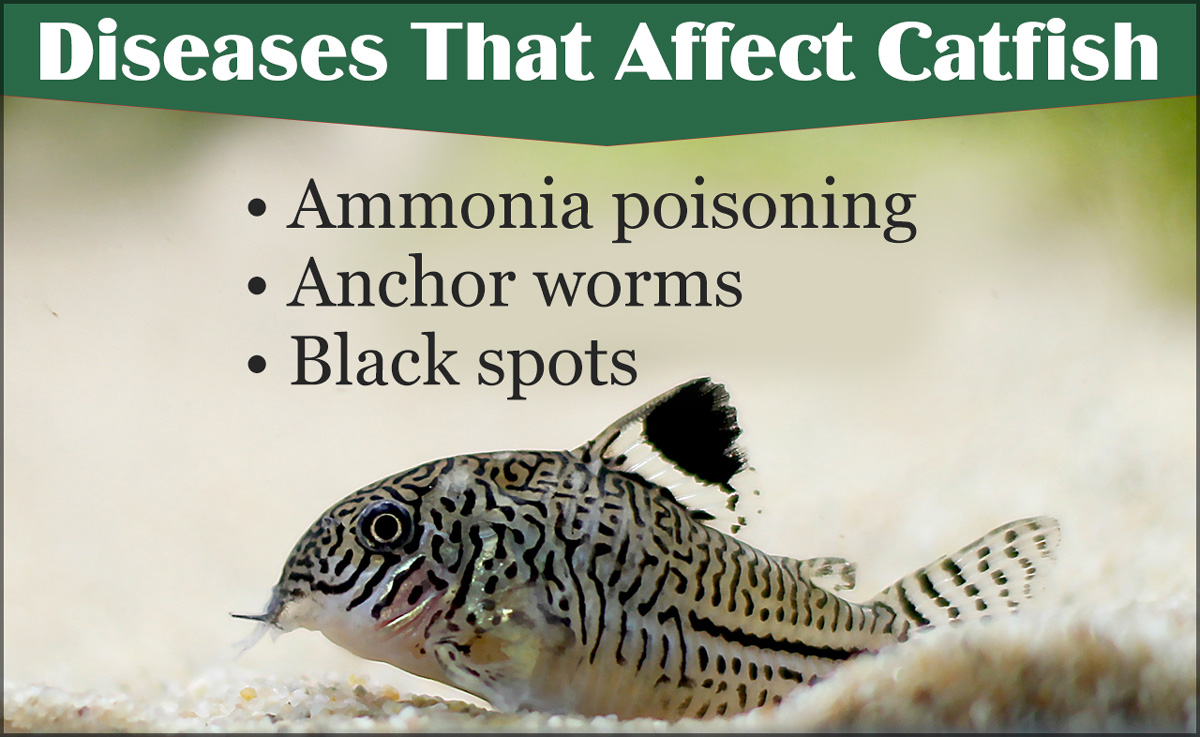 Aquarium catfish have become popular, as they are generally very placid and live in harmony with other species of fish in the aquarium. Read on for more information about catfish… 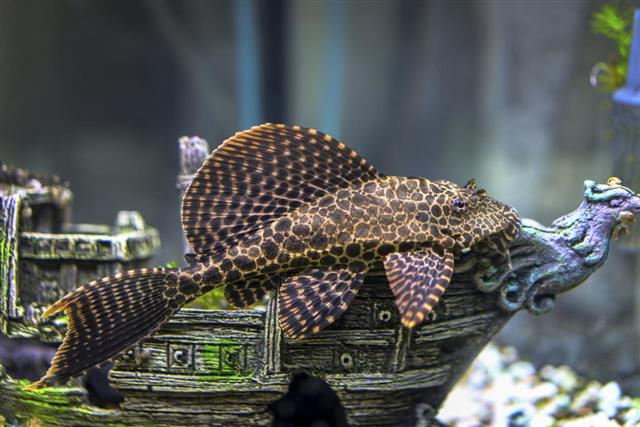 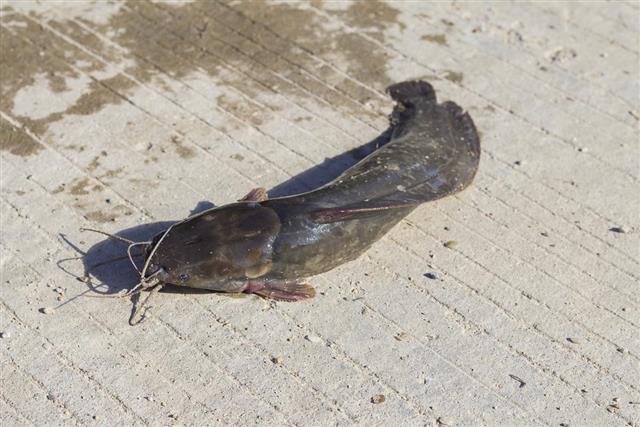 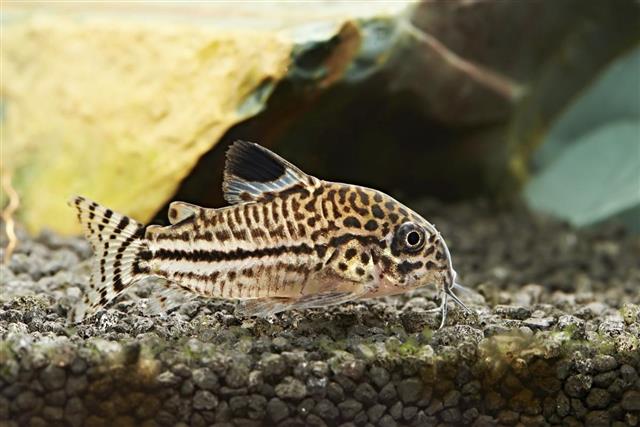 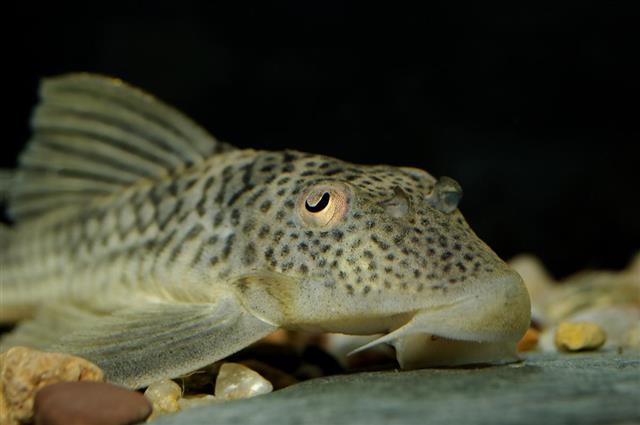 Aquarium catfish are different from the catfish found in the wild, in that they do not grow large and are more ornamental than their wild cousins. They are calm, and also do not require a large amount of maintenance and care. There are species of this fish which can become apt pets for a home aquarium.

In nature, there are approximately 2049 species of catfish, and they rank near the top spot among the largest varieties of freshwater fish. There are about 37 families of freshwater catfish identified till date, out of which some have also adapted themselves to life in salty water.

Identifying this species of catfish is simple, because of the bristly appendages on the nose and the mouth of this fish. It is due to this appearance that the fish gets its name. This fish is dark gray in color and has lighter gray spots all over its body. Another physical attribute that makes its identification simpler is the slightly transparent fins and tail. If you have a problem with algae in the aquarium, you may want to have one of this fish to remove the algae. However, you will have to ensure that you supplement its diet with some vegetables as well.

Like the bristlenose catfish, the banjo catfish also gets its name from the shape of its body. This fish is broad, and has a round head and a long narrow tail. Another mark of identification of this fish is that its body is covered with warty lumps. This fish is predominantly omnivorous, and hence needs to be fed with algae, blood worms, tubifex worms, shrimp pellets, etc.

This is a decorative aquarium fish; it is small in size and needs to be kept with other fish of its own species. A characteristic which makes this fish stand apart from the rest is that it swims in the middle levels of the fish tank. The appearance of this fish is also unique, as it has a gold head and upper body, while the lower half is transparent.

This fish is different from African glass fish, as it can be kept in a community tank. It has a small silver head, and the sides and fins of this catfish are completely transparent.

This fish also derives its name from its appearance, as it has a long and narrow body, and a flattened head. It indeed does resembles a twig when it is resting and is motionless on the floor of the aquarium. Although it does feed on algae, you will have to supplement its diet with other foods as well.

The other name of this fish is plecostomus or plecs. It is often kept in aquariums at home to get rid of algae growing in the aquariums. This fish is dark brownish gray in color and also has lighter spots. Since it can grow up to one foot long and can be aggressive, it is not suitable for smaller and community fish tanks.

This fish is known to swim upside down and eat from the surface of the water. It has a short body with stubby fins, and brown and yellow spots all over its body.

This species is banned in a number of states, as it is known to be able to escape aquariums and infest streams, ponds, and rivers, destroying the local ecosystems. It can travel from one water body to another, since it breathes air without gills.

Although it is easy to take care of this fish, you will have to keep a watch on their health, as they can be affected with numerous diseases. The most common diseases are ammonia poisoning, anchor worms, black spots, cataracts, cotton mouth, dropsy, fin rot, curved spine, etc. If you notice any changes in the behavior of your pet, you must check if it is ill. Eggs of this fish are normally found around the glass or plants in the aquarium. You will have to be patient, as some species of freshwater catfish may take as long as 7 days to hatch. In case there are other varieties of fish in the tank, you may want to remove the eggs and place them in a different bowl, so that the other fish do not eat the baby catfish. 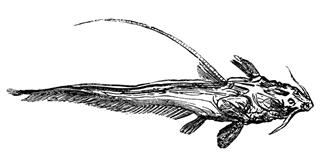 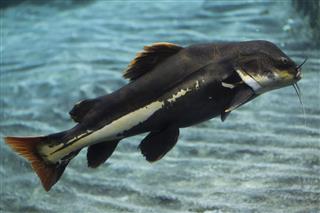 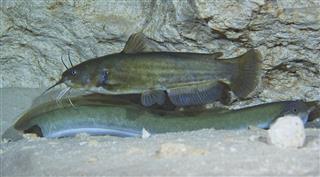 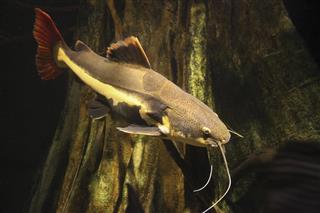 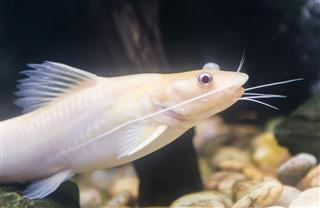 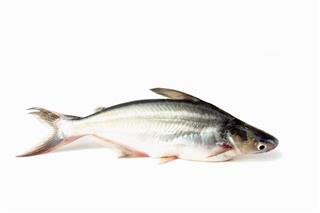 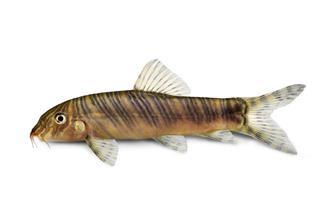