Its colorful leopard-spotted coat and other distinctive physical characteristics make the Appaloosa horse breed quite popular as pet. If you intend to keep one, we would like to help you find a name for him.

Its colorful leopard-spotted coat and other distinctive physical characteristics make the Appaloosa horse breed quite popular as pet. If you intend to keep one, we would like to help you find a name for him. 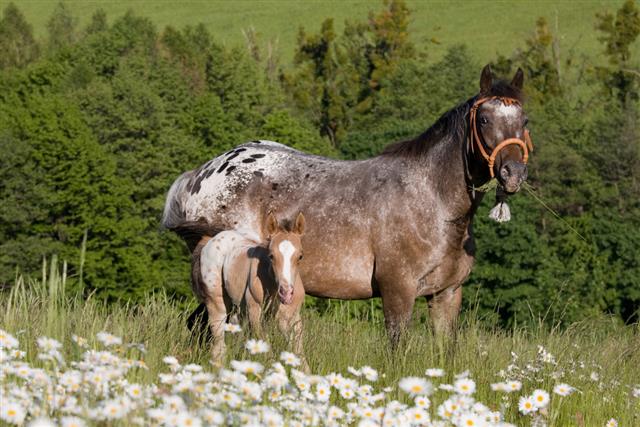 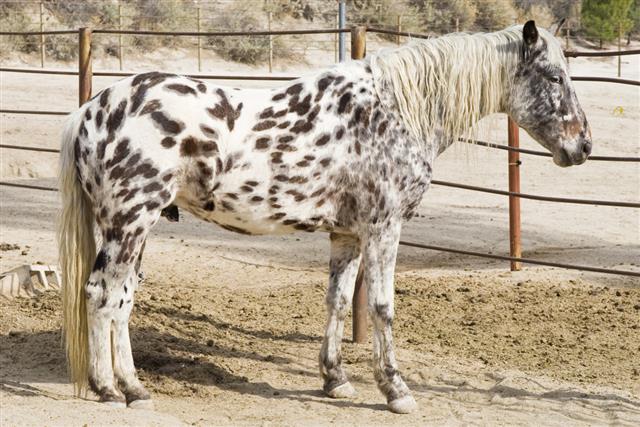 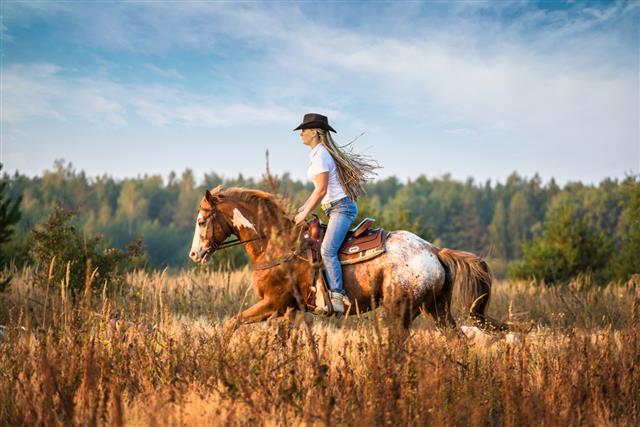 The Appaloosa is a well-known horse breed that was previously called ‘A Palouse horse’. The breed is known for its intelligence, endurance, and willingness. As for physical features, these horses are characterized by their short mane and tail, broad head, short and straight back, and strong legs. The height of these horses is somewhere between 14.1 to 15.2 hh (i.e., hands high). These horses have mottled skin around their eyes and genitals. Though most of these horses sport a spotted coat, some come in solid colors as well.

The origin of these horses can be traced back to 1700 when the Spanish explorers offered these horses to Nez Perce, a Native Indian tribe from North America. Thus, the original breeders of Appaloosa horses were the Nez Perce Indians who resided in the Inland Northwest. The breed was previously referred as ‘A Palouse’, since the Palouse river ran across the Nez Perce country. Eventually, the name of these horses evolved to ‘Apalouse’ and then, ‘Appaloosa’.

People belonging to the Nez Perce community were basically sedentary fishermen. The introduction of Appaloosa horses brought about a drastic change in their culture. They started hunting for food and became experts in using these horses. The tribe started selective breeding of Appaloosa horses and bred the horse to be sure-footed, strong, and intelligent.

The onset of Nez Perce war, which began in response of the invasion of the gold miners in 1860, threatened the existence of the Appaloosa horse breed. The gold miners forced the Nez Perce people to vacate their lands, and the tribe lost almost 90% of the original land they had. The Nez Perce war ended on October 5, 1877, and the leader of the tribe, Chief Joseph, surrendered to the U.S. Government. After the surrender, many horses were taken over by the U.S. Government. Some of these were sold, while some were killed.

Finally, the Nez Perce tribe was left with very few of their beloved Appaloosa horses. It is said that the breed was considered extinct for about 60 years. In 1937, Claude Thompson and some breeders formed the Appaloosa Horse Club in Moscow, Idaho, with the objective of increasing the declining number of these horses. Thus, began selective and crossbreeding of the breed once again. Presently, there are almost 600,000 Appaloosa horses registered in the Appaloosa Horse Club (ApHC).

If you are looking for a name for your pet Appaloosa horse, here are a few from which you can choose.

Names for the Male Horse

Names for the Female Horse

Appaloosa horses are widely used for endurance horse riding, racing, and circus performances. It is truly an incredible horse breed that has survived in spite of so many rough paths. The selective breeding of this horse breed is still undertaken, so as to come up with a pure Appaloosa horse that existed in the past. 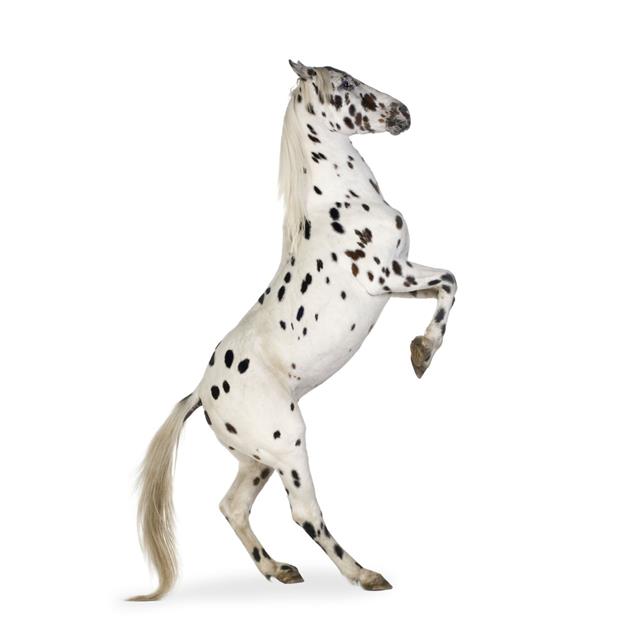