A Basket Full of Love: Learn to Care for the Angora Rabbit

Angora rabbits, which were earlier raised for their wool, are now popular as pets. Here are some tips to raise these rabbits properly.

Home / Pet Types / Rabbits / A Basket Full of Love: Learn to Care for the Angora Rabbit

Angora rabbits, which were earlier raised for their wool, are now popular as pets. Here are some tips to raise these rabbits properly. 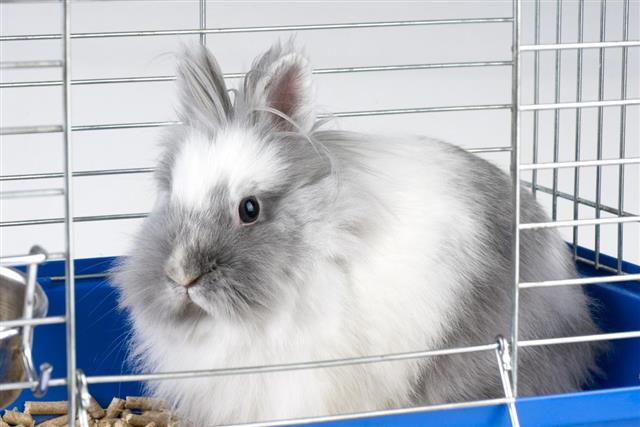 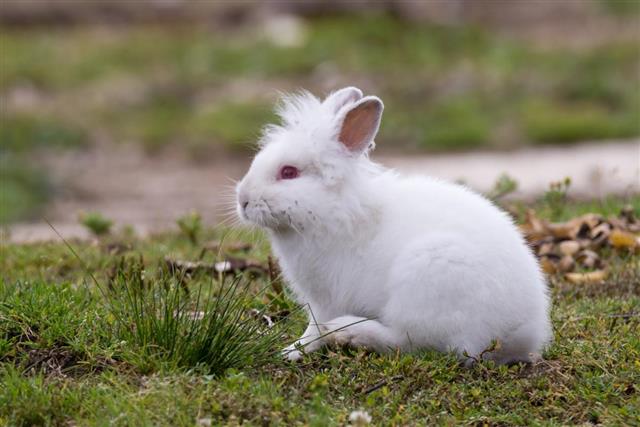 Angora rabbits are among the earliest rabbit breeds, that were domesticated for their fur. These rabbits are natives to Ankara in Turkey, which is also linked to the origin of the Turkish Angora cats and goats. It is believed that the French people introduced Angora rabbits to Europe. During the mid-eighteenth century, these rabbits were brought to France, where it became very popular. Gradually, the breed was made available in other European countries; and it was during the early years of the twentieth century, that Angora rabbits were introduced in the United States. However, they were initially raised for their fur, which was used for making sweaters and other warm apparel. Now, there are many breeds of Angoras, which are raised as pets. Being gentle and friendly in nature, these rabbits are perfect as pets, even for kids. But they need special care and grooming, due to their characteristic fluffy fur.

Though there are different types of Angora rabbit breeds, only four are recognized by the American Rabbit Breeders’ Association (ARBA). They include the English, French, Satin, and Giant varieties. Among the remaining ones, the German type is one of the popular breeds. Others include the Chinese, Swiss, and Finnish Angora rabbits.

Among the recognized breeds, the English Angora rabbits are very popular as pets, with the fur covering their whole bodies, except the nose and the front feet. These rabbits require regular care and grooming to prevent matting of hair.

As compared to the English Angoras, French Angoras are easy to take care of, as the latter have no hair on the face and ears. Apart from that, the French Angoras have a top coat of guard hair, that are not prone to matting as the fluffy undercoat.

Giant Angora is the largest among the four recognized rabbit breeds and produce more wool too. The officially recognized Giant Angoras have a snow coat and ruby-red eyes. The Satin Angora rabbit produces the strongest, soft textured wool. However, the quantity of wool produced by this type is very less, when compared to the other three breeds.

How to Take Care of Angora Rabbits

Housing: An Angora rabbit needs a secure and ventilated housing, which is at least three times the size of the animal. It must be well protected from extreme weather conditions. It is not advisable to keep your rabbits outside the cage for a long time, as they can be attacked by dogs or cats. If the floor of the cage is made of wire mesh, make sure that it does not hurt the legs of your rabbit. It is not advisable to keep two males together, so as to avoid fights between them. The most important thing is to clean the housing at regular intervals (every two to three days).

Feeding: In case of Angora rabbits, the diet must constitute some fiber, so that they are not affected by wool block. Wool block is a condition that is commonly found in these rabbits. It is caused by ingesting fur, while grooming themselves. The fur gets accumulated in their stomach and can eventually cause the death of the animal. In order to expel the fur from the stomach, you should give them foods with fiber, like timothy hay and orchard grass. Otherwise, commercial rabbit pellets are good, along with a daily treat of hay, some vegetables and fruits. Make sure that the rabbit is getting enough protein. In case of babies; introduce new foods gradually, as their digestive systems are delicate. The rabbit must also get a regular supply of fresh water.

Grooming: This is one of the important aspects of Angora rabbit care. They require regular grooming to avoid matting of their fur. You have to brush their coat daily or at an interval of two to three days. Regular brushing removes the loose hair, that is the main cause for wool block. Apart from that, brushing prevents matting too. Matted hair can be removed with scissors. You can also use blowers to make the hair more fluffy. However, in summers, the long fur may cause overheating in rabbits, so it is better to shear it off. This process does not hurt the animal, but relieves it from the extreme heat. Grooming includes use of nail trimmers too.

It is always better to acquire a basic understanding about Angora rabbit care, before venturing into the task of raising this animal. Consult a vet, who is an expert in rabbit care, for any queries about the health conditions of these rabbits. In short, a suitable housing with perfect feeding and grooming are the most important aspects. 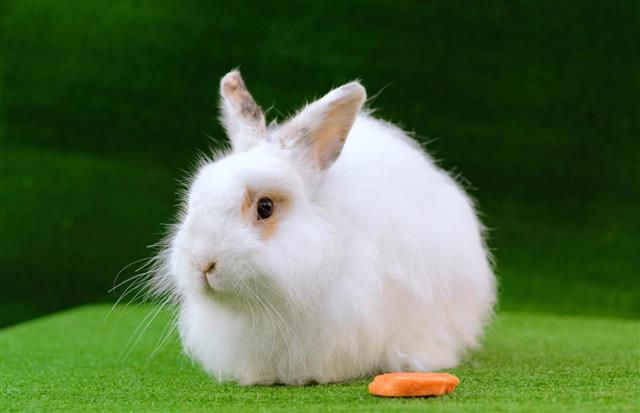