How to Breed Angelfish

Popular among aquarium fish enthusiasts, angelfish is easy to keep and breed. Here are some tips for breeding angelfish. 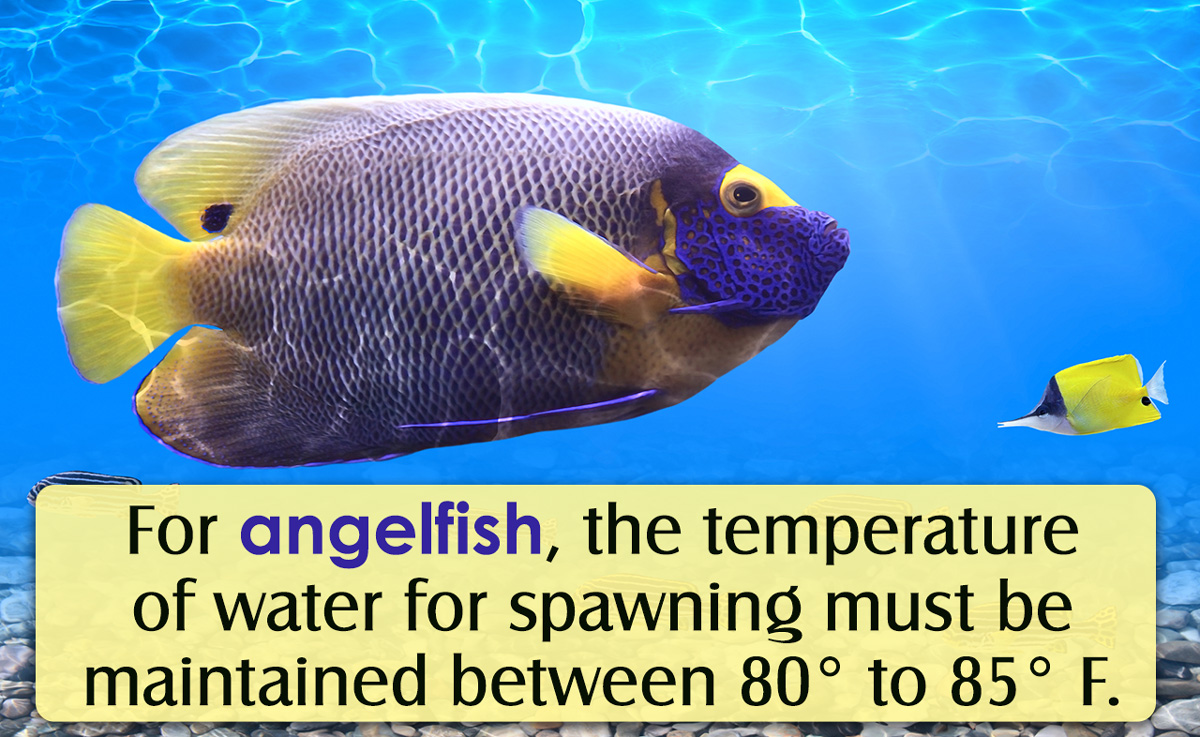 Popular among aquarium fish enthusiasts, angelfish is easy to keep and breed. Here are some tips for breeding angelfish. 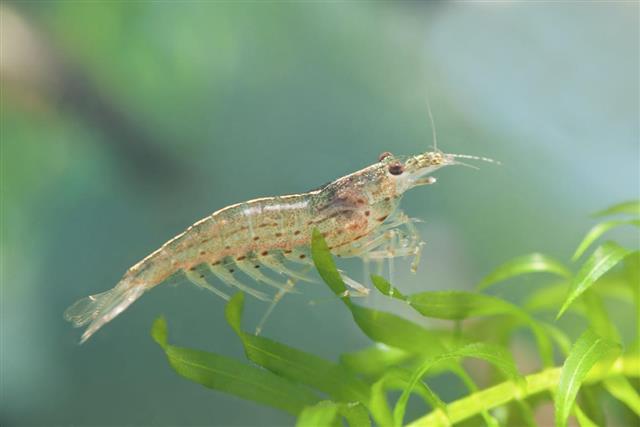 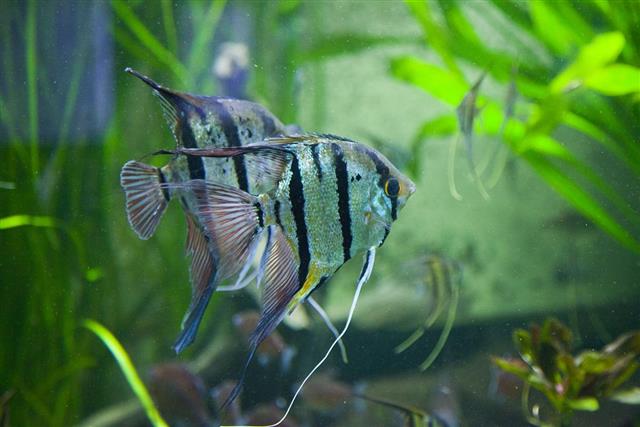 You can approach a breeder to purchase an established breeding pair of angelfish. Such a pair can be really costly. Otherwise, invest in a group of angelfish, and wait for them to make pairs. If you are already having a single pair of angelfish, the chances of breeding are very remote, unless both fish are of different gender, and are sexually mature.

Conditions for Spawning: In case of healthy angelfish, the average age for spawning is between eight to twelve months. They need suitable conditions, like the water quality, temperature, diet, etc. If they are healthy and within the above said age group, then you can induce spawning by providing them with suitable conditions. The ideal conditions include a large and tall aquarium, frequent water changes, and suitable temperature.

The aquarium must have a minimum height of around 15 inches, and a width of 16 inches. It should not be overcrowded. The temperature must be maintained between 80 to 85° F. Food meant for angelfish must be provided, along with meaty supplements. They include beef heart, mosquito larvae, brine shrimp, etc. However, be cautious of overfeeding, which is evidenced by constant presence of leftover food in the aquarium. Angelfish pairing occurs before spawning, and if the conditions are suitable, you can witness formation of pairs, which exhibit breeding behavior and bulging bellies.

Spawning and Fertilization: As the conditions get favorable, you can see the pair searching for a spawning site, which will be cleaned by both of them. You may also place a good piece of slate inside the aquarium, for the fish to lay eggs. The fish may choose or reject the slate piece. The eggs of angelfish are transparent, pale, and yellow-colored. The eggs will be deposited on the spawning slate or site by the female, and the male angelfish will fertilize them. The male fish touch the eggs with their papilla, so as to deposit sperms.

Those eggs, which are not fertilized will turn white within 24 hours and die. The eggs are not safe in the aquarium with other fish. Even the parents may feed on the eggs. So in most cases, breeders either shift other fish and parents to another aquarium, or transfer the eggs to another tank. If you are shifting the eggs, then do it as fast as possible, as the eggs may die for want of water.

Care for Angelfish Eggs and Fry: If you wish to transfer the eggs to a separate tank, go for a one-gallon tank with a gentle airstone bubbler. It will be better to fill the tank with water from the breeding tank. Some people add methylene blue to the water, so as to prevent fungus growth, but it is also contended that methylene blue cannot curb fungus. It is also claimed that adding methylene blue is good for hatching eggs, as angelfish eggs are light-sensitive.

The fertilized eggs will develop fry tails after 48 hours, and after 72 hours, you may see them with yolk sacs attached to the spawning site. During the fifth day, they develop eyes and the yolk sacs get reduced in size. By the sixth or seventh day, you can see free-swimming fry in your tank. You have to keep the tank clean by removing the dead fry and left over food, on a daily basis. Change water regularly, and feed the fry with newly hatched brine shrimp. You have to feed them at least five times a day. You can shift these young angelfish to the regular aquarium with other fish, only when the former reach at least two months of age. 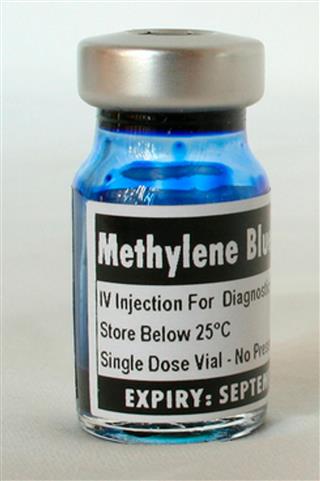 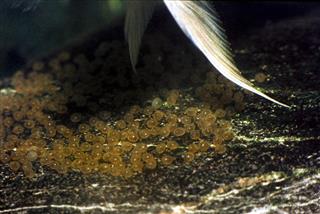 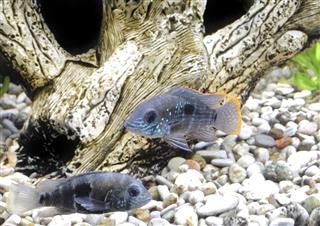 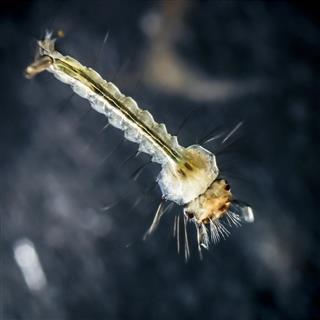 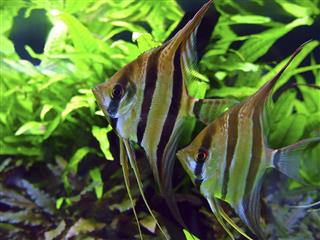 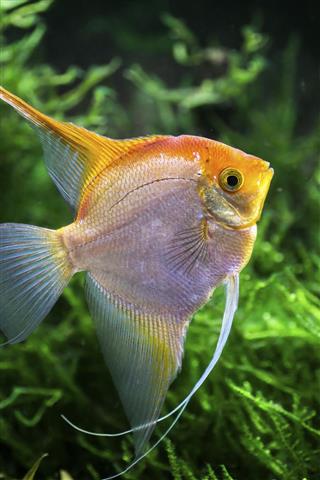 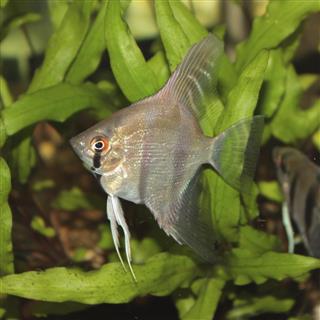